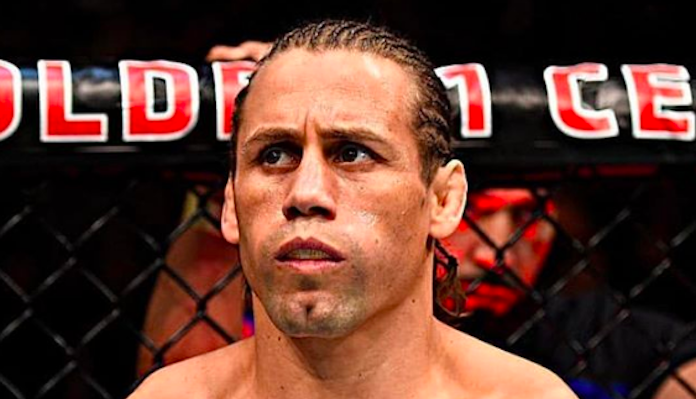 UFC veteran Urijah Faber has revealed a classic interaction he had once with all-time great trash-talker Chael Sonnen.

Over the years we’ve seen Urijah Faber called a lot of things by a lot of different people, with “best fighter to never win a UFC title” being one of the most popular. The 42-year-old has recently been toying with the idea of returning to the Octagon once again, more than two years on from his last appearance – a knockout loss at the hands of former UFC bantamweight champion Petr Yan.

As he continues to flirt with a potential showdown with Cub Swanson, Faber took some time out of his schedule to speak with Ariel Helwani about a particularly amusing story regarding Chael Sonnen.

“My favourite text from Chael [Sonnen] of all time – I can’t remember which fight it was, but it was a big fight, for a world championship, and I lost. He said, ‘Urijah, I’m sorry for your loss. I’ve never lost, can’t relate’.”

Sonnen always enjoyed teasing fans by utilising the pro wrestling style of trash talk that was so unique at the time. A lot of people didn’t get it or didn’t view it as an entertaining way to promote a fight, but history suggests that “The Bad Guy” did a pretty solid job.

Urijah Faber, meanwhile, often preferred to let his fighting do the talking for him, which is why he’s still such an iconic figure at 135 pounds. He may decide to ride off into the sunset and retire permanently but if he does come back, you can bet it’ll be for something big.

What do you think the future holds for Urijah Faber? Is Chael Sonnen one of the funniest fighters in the history of the UFC? Let us know your thoughts down in the comments, BJPENN Nation!

Sean O’Malley explains why he is reluctant to fight Cody Garbrandt: “I go out there and lose to Cody, that does a lot of negative damage towards me”
Cheyanne Vlismas fires back at estranged husband JP Buys for suggesting she’s creating a false narrative