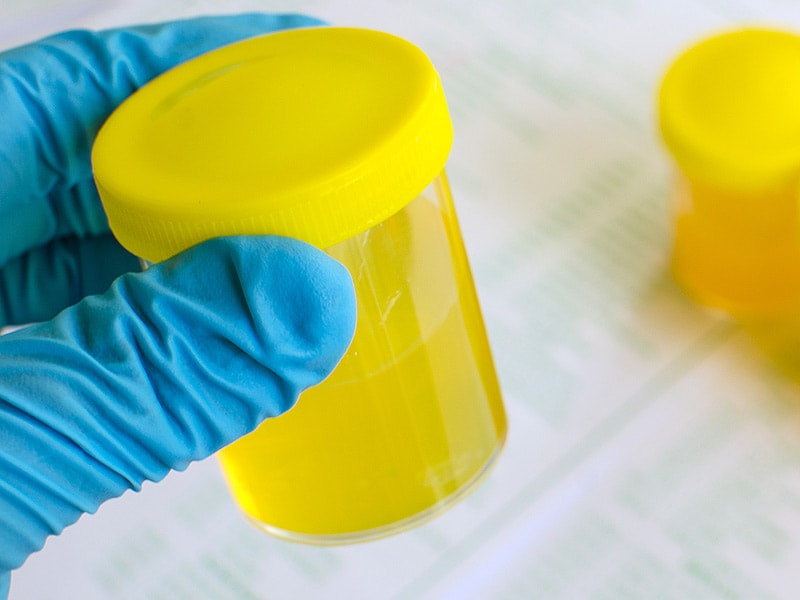 Lung cancer patients could soon have their risk of dying over the following 3 months accurately predicted by analysing their urine samples, allowing them to better prepare for their end of life, say UK researchers.

This allowed patients to be divided into high and low risk groups for dying over the following 3 months, with an accuracy of 88%.

The model “predicts dying…for every single day for the last 3 months of life,” Dr Coyle said.

“That’s an outstanding prediction,” Dr Coyle added, “based on the fact that people actively die over 2 to 3 days on average,” while “some die over a day”.

He continued: “It’s the only test that predicts dying within the last 2 weeks of life, and that’s what I’m passionate about: The earlier recognition of dying.”

The research was presented at the 2021 American Society of Clinical Oncology (ASCO) Annual Meeting on June 4.

Dr Nathan Pennell, an ASCO expert, told Medscape News UK that “predicting the actual ‘time’ someone has left is more of an art than a science”.

“For people who may be closer to death, this would potentially allow more focus on supportive care and allow families and patients to plan more accurately for supporting their loved one through the dying process.”

He continued that “while this is a promising and important pilot study, there is more work to be done before this could be used in practice”.

For example, the treatment status of the patients was not clear.

“Were these patients all in hospice, or were some undergoing treatment which, if effective, could ‘rescue’ them from their poor prognostic state?”

Dr Pennell continued: “Would measuring kidney function be just as good? Is this something that could be intervened upon?

“For example, if someone has a high-risk score for dying, could medical intervention to treat an infection or some other modifiable action change that ‘fate’?”

Dr Coyle began by saying that, while for him recognising that a patient is dying is the start of good end of life care, “recognising dying accurately, when someone is in the last days of life, is difficult”.

He noted that the 2019 National Audit of Care at the End of Life found that people were recognised to be dying at median of 34 hours before death, with 20% recognised in the last 8 hours.

Moreover, 50% of people who are dying “are unconscious and unable to be involved in any conversation that [is] pertinent to them”.

In an attempt to better predict the onset of dying, the researchers conducted a prospective, longitudinal study in which 424 urine samples were collected from 162 lung cancer patients from six centres.

Urine samples were analysed using a liquid chromatography quadrupole time-of-flight mass spectrometer for 112 patients, who had a median age of 71 years and a range of 47–89 years, and 40.2% were female. The most common diagnosis was non-small cell lung cancer, in 55.4%, while 19.6% had small cell lung cancer.

Performing Cox Lasso regression analysis on the “hundreds of metabolites” identified in the urine samples, the team developed an End of Life Metabolome (ELM) that predicted an individual’s risk of dying over the following 3 months.

In contrast, more than 50% of patients in the highest risk group died within one week of their urine sample being taken, and 100% had died within 3 weeks.

Calculating the area under the receiver operating characteristic curve revealed that the ELM was able to predict the risk of dying for every day for the last 3 months of life with an accuracy of 88%.

ELM is being validated in a new cohort of lung cancer patients and it is being assessed in multiple cancers.

The study was funded by the Wellcome Trust UK and North West Cancer Research UK.