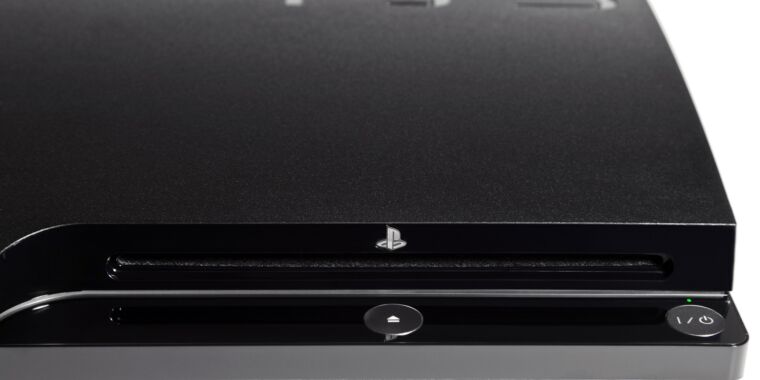 The librarian of Congress has provided a new exemption to the Digital Millennium Copyright Act that will let people repair optical drives on video game consoles. The new rule will also allow users to perform “diagnosis, maintenance, and repair” of other types of software-enabled devices marketed to consumers.

The US Copyright Office today announced the decision, which came from a set of recommendations by Register of Copyrights Shira Perlmutter. The office simultaneously released a final rule in which Librarian of Congress Carla Hayden adopted the recommendations.

“For the reasons discussed in the Register’s Recommendation, the Register recommended expanding the existing exemption for diagnosis, maintenance, and repair of certain categories of devices to cover any software-enabled device that is primarily designed for use by consumers,” the final rule said. “For video game consoles, the Register concluded that an exemption is warranted solely for the repair of optical drives.”

The video game console exemption stems from a petition filed in September 2020 by iFixit and consumer-advocacy group Public Knowledge.

“The Copyright Office’s recommendations to allow consumers to repair software-enabled consumer devices and to repair the optical drive on their video game consoles is a victory for consumers, Public Knowledge, and right-to-repair advocates,” Public Knowledge Policy Counsel Kathleen Burke said today. “Section 1201 of the Digital Millennium Copyright Act has often been used as a legal battering ram to prevent consumers from repairing devices they own and has significantly limited the independent repair services available to consumers.”

The right-to-repair fight is far from over because today’s ruling “does not solve the larger issues with Section 1201,” Burke also said. “The 1201 process is more broken than I could have imagined. Device manufacturers hide behind trade associations that fear-monger about pirating movies, games, and music—copyrighted works that most of the locks in question do not even protect. It’s quite possible that the only copyright some locks protect is the software copyright in the lock itself. At a minimum, future 1201 proceedings should include more technical expertise and information from device manufacturers about how their locks really work.”

The US Copyright Office reviews DMCA exemption requests once every three years.

The new exemption for software-enabled consumer devices allows the circumvention of “computer programs that are contained in and control the functioning of a lawfully acquired device that is primarily designed for use by consumers, when circumvention is a necessary step to allow the diagnosis, maintenance, or repair of such a device, and is not accomplished for the purpose of gaining access to other copyrighted works.”

With respect to video game consoles, the recommended exemption is limited to one specific type of repair—namely, repair of optical drives. To be clear, if a console does not contain an optical drive, it is not eligible under this exemption; and if circumvention is done to repair any part of a console other than the optical drive, that activity too falls outside the scope of the exemption. Narrowing the exemption for consoles in this manner appropriately balances the specific adverse effects experienced by users against opponents’ legitimate concerns over links between console circumvention and piracy.

Proponents of the exemption “contend that authorized repair services are inadequate, particularly for certain legacy consoles that manufacturers no longer support,” the Register of Copyrights noted.

The optical drive exemption was opposed by the Motion Picture Association, Alliance for Recorded Music, and Entertainment Software Association (referred to as the “Joint Creators” in the Copyright Office documents). The Joint Creators argued that console repair would enable “unauthorized access to and use of works distributed through consoles, including television programs, movies, and sound recordings,” that “the market for the firmware would deteriorate if it was compromised,” and that “circumventing access controls on console firmware enables consoles to load and run infringing games and other content, regardless of the circumventor’s stated purpose.”

For essentially the same reasons that the Register concludes that repair of software-enabled consumer devices is likely to be fair use, the Register finds that certain video game console repair is also likely fair use. Accessing console firmware for the limited purpose of repairing an optical drive to restore the console’s functionality is unlikely to affect the value of such software, for which there appears to be no independent market separate from the console itself.

The final rule notes that repair is defined as “the restoring of the device to the state of working in accordance with its original specifications and any changes to those specifications authorized for that device. For video game consoles, ‘repair’ is limited to repair or replacement of a console’s optical drive and requires restoring any technological protection measures that were circumvented or disabled.”

Today’s decision also expanded an existing exemption for land vehicles to also cover marine vessels, and it provides “a new exemption allowing circumvention of TPMs restricting access to firmware and servicing materials on medical devices and systems for the purposes of diagnosis, maintenance, and repair.”