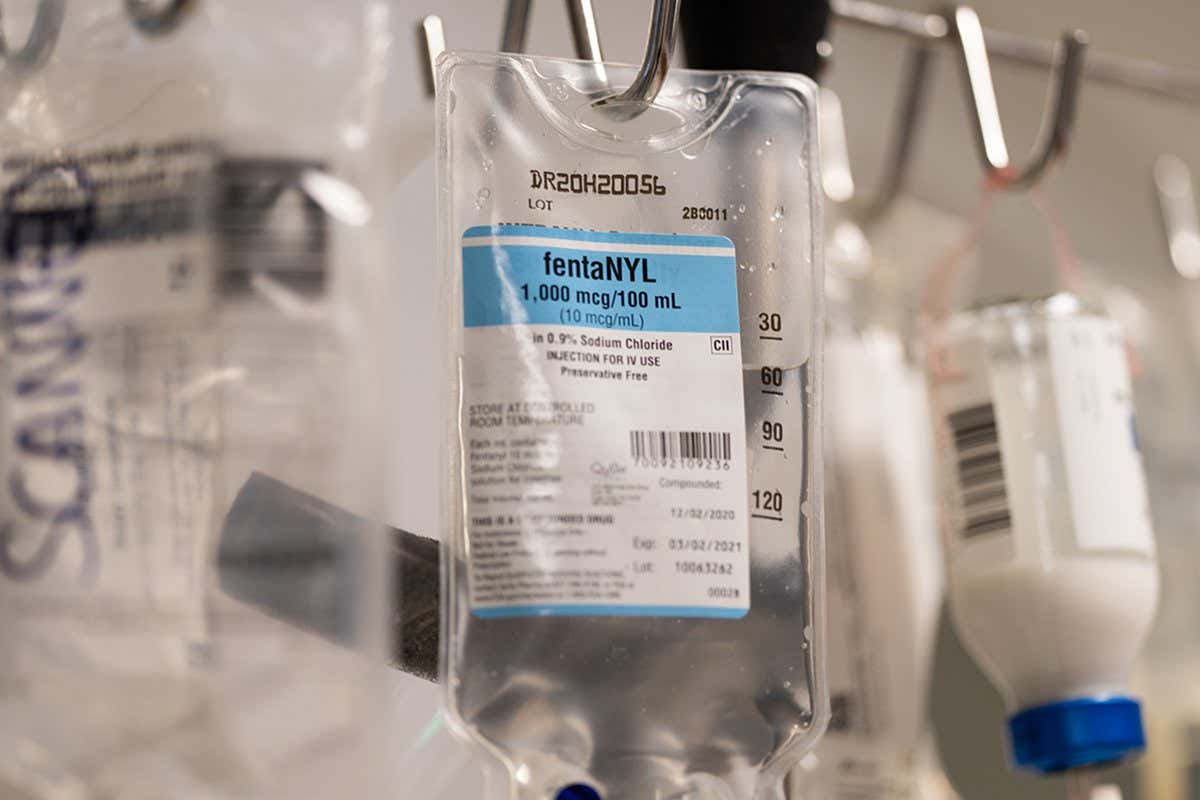 As opioid-related deaths continue to rise in the US, researchers are prohibited from studying the very substances that could provide antidotes to overdose, says chemist Gregory Dudley

When covid-19 struck, the US and many other countries put enormous resources into research – developing antiviral drugs, vaccines and other treatments to save lives immediately. This all-out mobilisation stands in stark contrast to another great public health crisis still rocking the country: the drug overdose epidemic.

More than 100,000 people in the US died from overdose in 2021, nearly twice as many as in 2018. Most of those deaths involved opioids. But instead of responding to this crisis with an all-out push for better lifesaving interventions, policies have been pushed through that stifle research and curtail critical innovation. That leaves our society trying to fight this crisis with one hand tied behind our backs.

The synthetic opioid fentanyl is one of the substances at the heart of the overdose epidemic. It is 50 to 100 times more potent than morphine and highly addictive. Fentanyl overdoses can be fatal. And there is an alarming amount of unregulated fentanyl being sold illegally across the US. This is, without a doubt, a major problem and great cause for concern.

But it is also the case that fentanyl is approved by the US Food and Drug Administration for use in surgery and to treat severe and chronic pain, including in people with cancer. The World Health Organization has designated fentanyl an essential medicine. The dividing line between crucial medicine and dangerous drug is not always easy to define.

In the US, the Drug Enforcement Administration classifies drugs into five different categories, or “schedules”, depending on their medical value and potential for abuse. The lower the number, the more closely regulated the substance, and the harsher the penalties for illicit use or sale. Schedule I is reserved for drugs with no safe, accepted medical use and high abuse potential. Research on Schedule I drugs is highly restricted.

Fentanyl itself is a Schedule II drug. In 2018, the Trump administration classified all “fentanyl-related substances” as Schedule I drugs, assuming them all to have a high potential for abuse (and no medical use). Congress has since extended this Schedule I classification several times, perpetuating the original assumptions.

The trouble is, compounds that are chemically related to fentanyl can be more or less dangerous, more or less potent, or even counteract its effects; they could serve as antidotes to a fentanyl overdose. The naive assumption behind that 2018 decision subjected countless substances – both real and hypothetical – to the harshest of drug penalties and effectively made it impossible for scientists to work with or study them.

The intent of all this may be to deter development of illicit drugs, but the impacts are broader and more complex. The singular defining characteristic of a “fentanyl-related substance” is molecular structure – not function, potency or abuse potential. Structure is important, but function is the larger concern here.

Consider naloxone, an opioid antagonist – or antidote – that can undo an overdose. In the state of Tennessee alone, between October 2017 and June 2022, naloxone was used to prevent some 50,000 deaths. Naloxone has a morphine-related molecular structure; it’s a product of morphine-related research.

Could fentanyl-related research produce new and possibly better lifesaving interventions? We won’t know unless we do the work, but there are already promising signs. The US National Institute on Drug Abuse looked internally at a small handful of fentanyl-related substances and disclosed that at least one (we don’t know which) exhibited antagonist properties similar to naloxone. We should follow that lead, but research aimed at developing better fentanyl-related medicines is now stopped in its tracks.

Last year, I joined more than 100 other scientists to send a letter to the Biden administration calling for changes that would make it easier, not harder, to develop overdose-reversing medications. This past October, New Jersey senator Cory Booker introduced the TEST Act, which questions the assumptions behind classifying all “fentanyl-related substances” as Schedule I drugs. As written, the TEST Act would extend the temporary scheduling of fentanyl-related substances for two years but also require the government to test more of these substances, report the results and remove any from Schedule I that don’t belong there. It is a common-sense approach with widespread support.

We need to treat the overdose epidemic in the US like the urgent public health crisis it is. It’s time to untie scientists’ hands and let us fight this with everything we’ve got.

Gregory Dudley is professor of chemistry and department chair at West Virginia University.