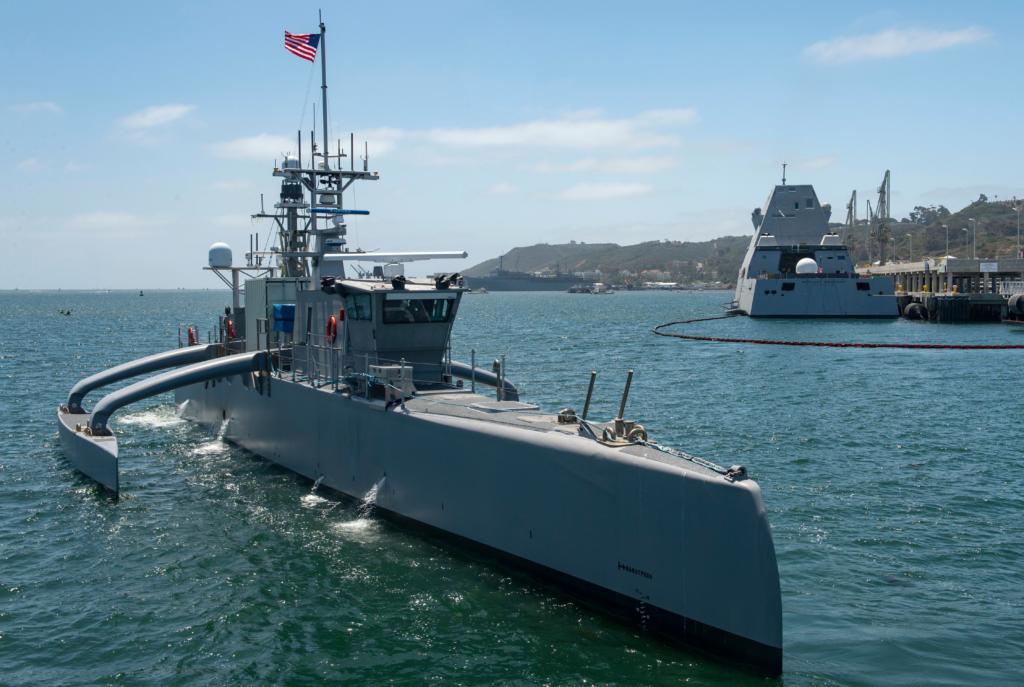 U.S. 5th Fleet’s Task Force 59 will stand up on Thursday and be the second testing outfit for the Navy’s unmanned ships following Surface Development Squadron One (SURFDEVRON) establishment in 2019. They will expand the operational use of unmanned platforms in the region and experiment with their concept of operations.

This will not just be unmanned aerial drones but manned ships and submarines.

These ships, drones and submarines are all developed as separate projects. There needs to be an integrated data gathering system for robotically controlled systems like what Tesla is doing for self-driving. There will not be a widespread advance to a robotic navy if all of the robotic systems are siloed.

The 135 Sea hunter robot ship first launched in 2016. Sea hunter was supposed to be deployed after two years of testing.

In 2020, Sea Hunter was still only seen in occasional fleet exercises with unmanned experiments.

These navy ship systems do not look like they are becoming like unmanned aerial drones. There are over ten thousand military aerial drones and a few hundred of them are large drones that are regularly used in the war on terrorism. Aerial Drones are used against enemies with no meaningful air defences.

If the robot Navy was going to be a real thing then a few hundred robot ships would be used as an anti-piracy security force. The US Navy needs to select robot navy use case where the robot ships can take pot shots at enemies without meaningful sea defences. This use case is commercial ship piracy.

The global piracy report records 38 incidents since the start of 2021 – compared with 47 incidents during the same period last year. In the first three months of 2021, the IMB Piracy Reporting Centre (PRC) reported 33 vessels boarded, two attempted attacks, two vessels fired upon, and one vessel hijacked.