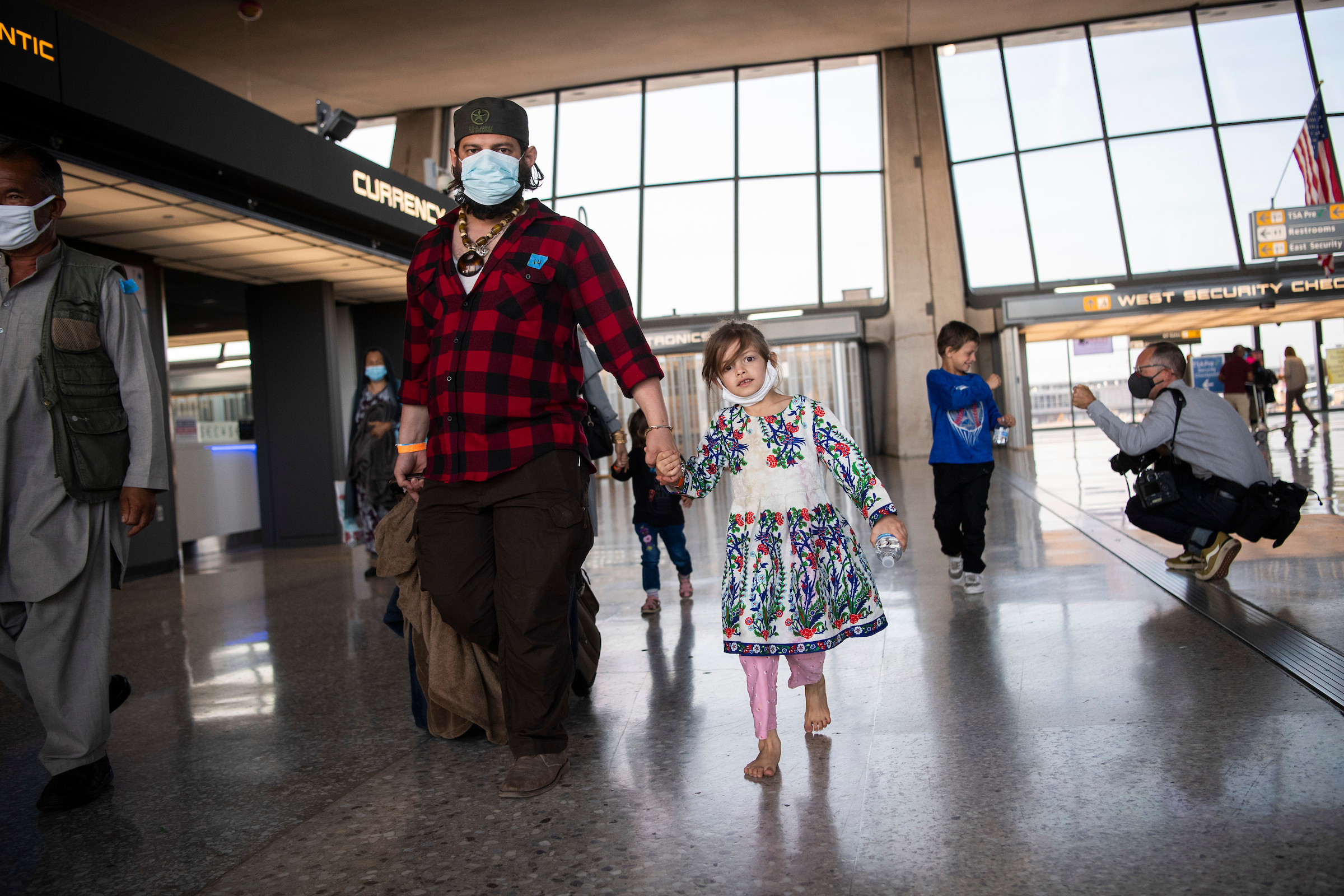 The Biden administration on Monday announced a new program that would allow groups of private citizens to sponsor Afghan refugees, a move that could bolster a weakened U.S. resettlement system tested by thousands of recent arrivals.

Under the program, groups of individuals may form “sponsor circles” to help Afghan refugees during their initial resettlement in the United States.

The sponsor circles will be responsible for helping refugees with basic services during their first 90 days in the United States, managing tasks traditionally undertaken by nonprofit resettlement groups. The groups, among other things, would help secure housing, provide basic necessities like furniture, clothing, and food, and help refugees access government benefits.

“Americans of all walks of life have expressed strong interest in helping to welcome these individuals,” the State Department said in its announcement. “The Sponsor Circle Program for Afghans harnesses this outpouring of support and enables individuals to become directly involved in the welcome and integration of our new neighbors.”

The program is a partnership with the Community Sponsorship Hub, a project of Rockefeller Philanthropy Advisers, Inc., which will vet, certify and train the individuals in the sponsor circles. The groups also must raise $2,275 per Afghan newcomer.

Earlier this month, the Biden administration said roughly 7,000 of the Afghans who arrived in the United States since fleeing Taliban-controlled Kabul had been resettled into American communities. But most of the evacuees — more than 53,000 — continued to wait at U.S. domestic military bases. An additional 15,000 remained at overseas sites, waiting to be vetted.

The arrival of the Afghan refugees, following their country’s August collapse, has put tremendous pressure on the complicated U.S. resettlement infrastructure, which reduced staff and resources during the Trump administration years when few refugees were being admitted.

The Biden administration, despite lofty promises to rebuild the overall refugee system, has struggled: just 11,411 refugees were resettled in fiscal 2021, the lowest number in the history of the current resettlement program.

“With the current capacity challenges, a parallel model like this could be helpful for reaching higher refugee admissions,” said Krish O’Mara Vignarajah, president of Lutheran Immigration and Refugee Service, a refugee resettlement group.

The administration aims to resettle 125,000 refugees in fiscal 2022, a promise that dates to President Joe Biden’s presidential campaign.

The administration had hinted at plans to expand private pathways for refugees in its refugee admissions proposal to Congress in September. The State Department said it aimed to launch a private refugee sponsorship program, through which “community members will take on the primary responsibility of welcoming and providing initial support to newly arrived refugees, helping facilitate their successful integration.”

Private sponsorship of refugees is not new, Vignarajah said. Before 1980, church groups and private individuals were the primary source of refugee sponsors. The system exists already in Canada, where large numbers of refugees are guided through their initial months by Canadian citizens.

However, Vignarajah stressed that the citizens sponsoring refugees will need proper support from the existing resettlement infrastructure.

“With that said, it’s imperative that it is implemented thoughtfully and with sufficient institutional support,” she said. “We want to make sure that both refugees and the Americans who welcome them feel positioned for successful outcomes.”