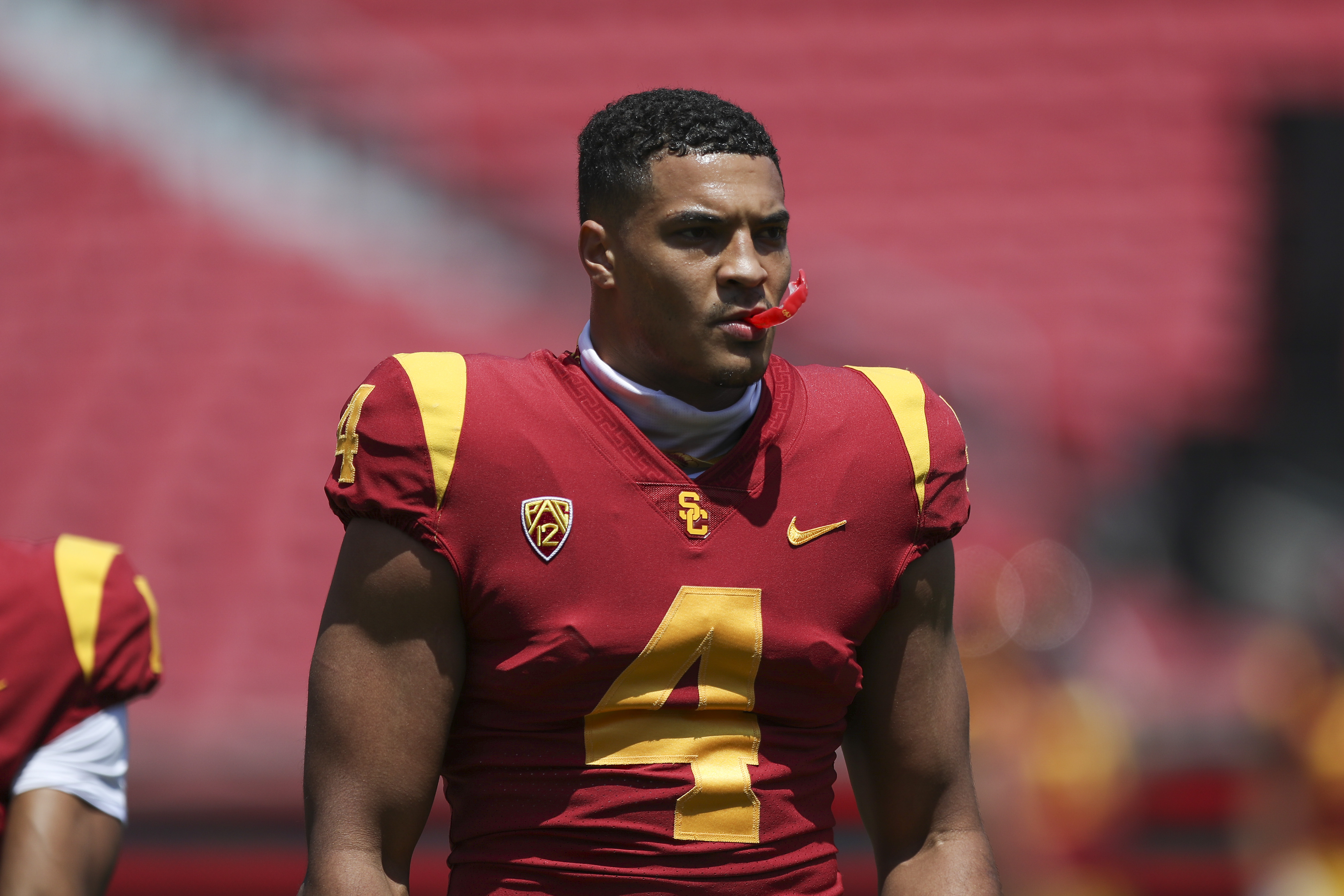 ESPN’s Adam Rittenberg reported Thursday that McCoy was in the portal, just like he was multiple times before he began his collegiate career with the USC Trojans. The wide receiver was a 5-star prospect and the No. 9 overall player in the 2019 recruiting class, per 247Sports’ composite rankings.

McCoy appeared in six games during the 2020 campaign and finished with 21 catches for 236 yards and two touchdowns. However, he did not tally a single catch in 2021.

USC suspended the wide receiver prior to last season because of a felony domestic violence arrest in July. However, Los Angeles County district attorney’s office declined to file criminal charges because it did not feel it had enough evidence to do so, per Kyle Bonagura of ESPN.

The football program released a statement in August saying the district attorney’s decision left McCoy’s status with the team “unchanged.”

As for McCoy’s history with transferring, he initially committed to USC as a recruit but then went to Texas. He didn’t stay with the Longhorns long and decided to come back to the Trojans.

McCoy never lived up to expectations at USC and may have the chance to restart his career with another school.

As for the Trojans, this is an offseason of transition considering they hired former Oklahoma head coach Lincoln Riley to lead the program.