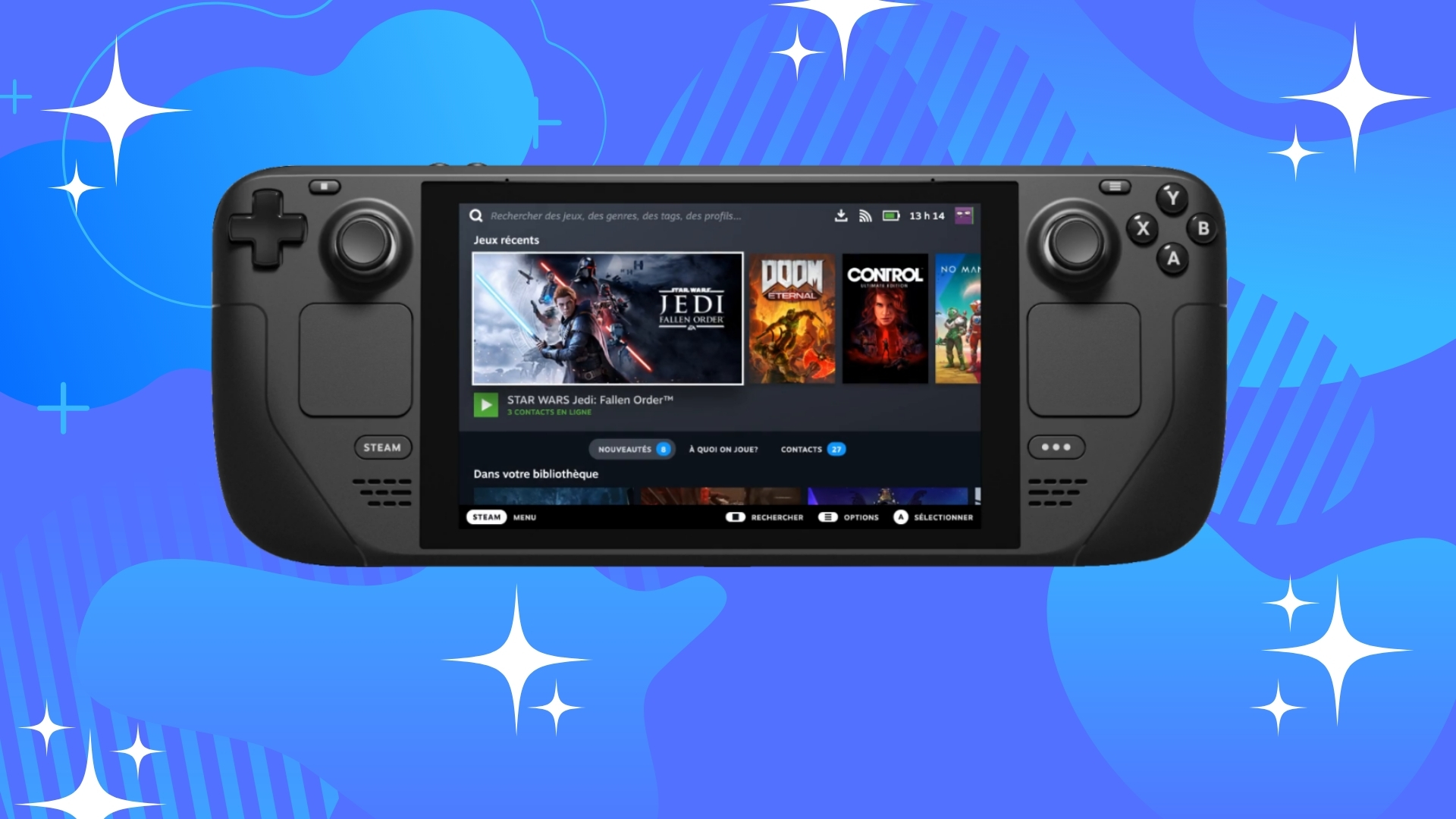 We recently found out that the Steam Deck offers the possibility of replacing its SSD storage, though Valve certainly doesn’t recommend doing so. A lot of interest in this likely stems from the concern that the 64GB of eMMC storage on the cheapest Steam Deck model is insufficient (understandable given modern game file sizes), and that the option to use expandable SD card storage will result in you being trapped in loading screens.

As it turns out, some of you can put your fears to rest thanks to a tweet from Lawrence Yang, a developer currently working on the Steam Deck, where he confirms that all of the games played in IGN’s exclusive first hands-on for the device were loaded from an SD card rather than an SSD.

Yep, games will load faster off internal storage, but games still play great off an SD card. When IGN came by, all the games they tried (and shot footage of) were played off a microSD card.July 17, 2021

Put your suspicions aside

This is great news for gamers who might be undecided as to what version of the Steam Deck they wish to buy. SD cards themselves can be a pricey investment if you’re looking for something with a huge amount of storage and a speedy read/write speed, but if you already have one laying around then you could certainly save a few pennies on Valves’ console.

If you do opt for one of the two versions using an onboard SSD then you will undoubtedly benefit from faster loading times for the titles installed onto them, but IGN’s video preview shows that games loaded from an SD card are more than playable, which was a major concern for many looking to buy the most affordable version of the console.

When you consider the Nintendo Switch only comes with 32GB of storage (and many Switch users use an SD card to expand on this), it isn’t actually all that surprising that the gaming experience for the Steam Deck should hold up to the current standard for a handheld device.

This bodes well for gamers who were looking to go against Valve’s recommendation to not replace the console built-in storage themselves, especially as that won’t be the easiest task for anyone without existing PC building experience.

Firstly, 2230 form-factor M.2 SSDs are hard to find right now thanks to ongoing component shortages, and they can be pricey when you do find them in stock. There may also be parameters for the SSDs currently being installed into Steam Deck consoles that account for things like overheating issues that an off-the-shelf SSD may not comply with, which will almost certainly cause some issues in the future.

And of course, there’s the issue of SteamOS being installed on the supplied drive, and how to get that across to the new SSD, a daunting task for some that will likely void any product warranty should something not go to plan.

As with anything unreleased, keep your expectations low and your hopes high on this, but we do at least have the reassurance that games loaded from SD card storage will play well enough for most gamers to enjoy – just remember, this isn’t a $3,000 gaming PC and you’d be foolish to expect that kind of performance from a current-gen handheld device.

Jess is TechRadar’s Computing writer, covering hardware, PC gaming and peripherals. She also likes to dabble in digital art and can often be found playing games of both the PC and Tabletop variety, occasionally streaming to the disappointment of everyone.