Valve: We’re on Track to Ship the Steam Deck on Time in February

Home /Entertainment/Valve: We’re on Track to Ship the Steam Deck on Time in February 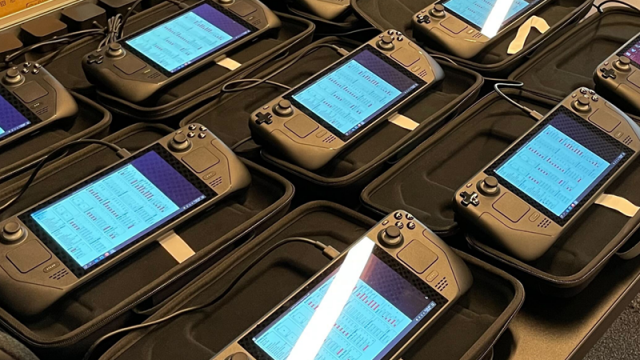 Valve in November 2021 announced the launch of the Steam Deck has been delayed by two months to February 2022 due to the global supply chain issues. Valve designer Greg Coomer in an interview in December said the team is optimistic the Steam Deck will hit its February 2022 release.

Valve in a “Steam Deck – January Update” post on Steam reiterated the company is on track to ship the Steam Deck next month.

“First and foremost, we’re on track to ship Steam Deck on time,” reads the update post. “Global pandemic, supply issues, and shipping issues notwithstanding, it looks like we’ll be able to start getting these out the door by the end of February.”

“It’s also important that we give developers the ability to test their games in order to get that nice green Verified check, so we’ve been sending developer kits out in quantity. We’ve been approving another wave of dev kits, and hundreds have been shipped out in the last month (and we’re continuing to approve and send out even more). Thanks for your patience devs!”

Rumor: Mario + Rabbids Sparks of Hope Might be Delayed to First Half of 2023
PS5 vs Xbox Series X|S vs Switch Sales Comparison Charts Through January 1