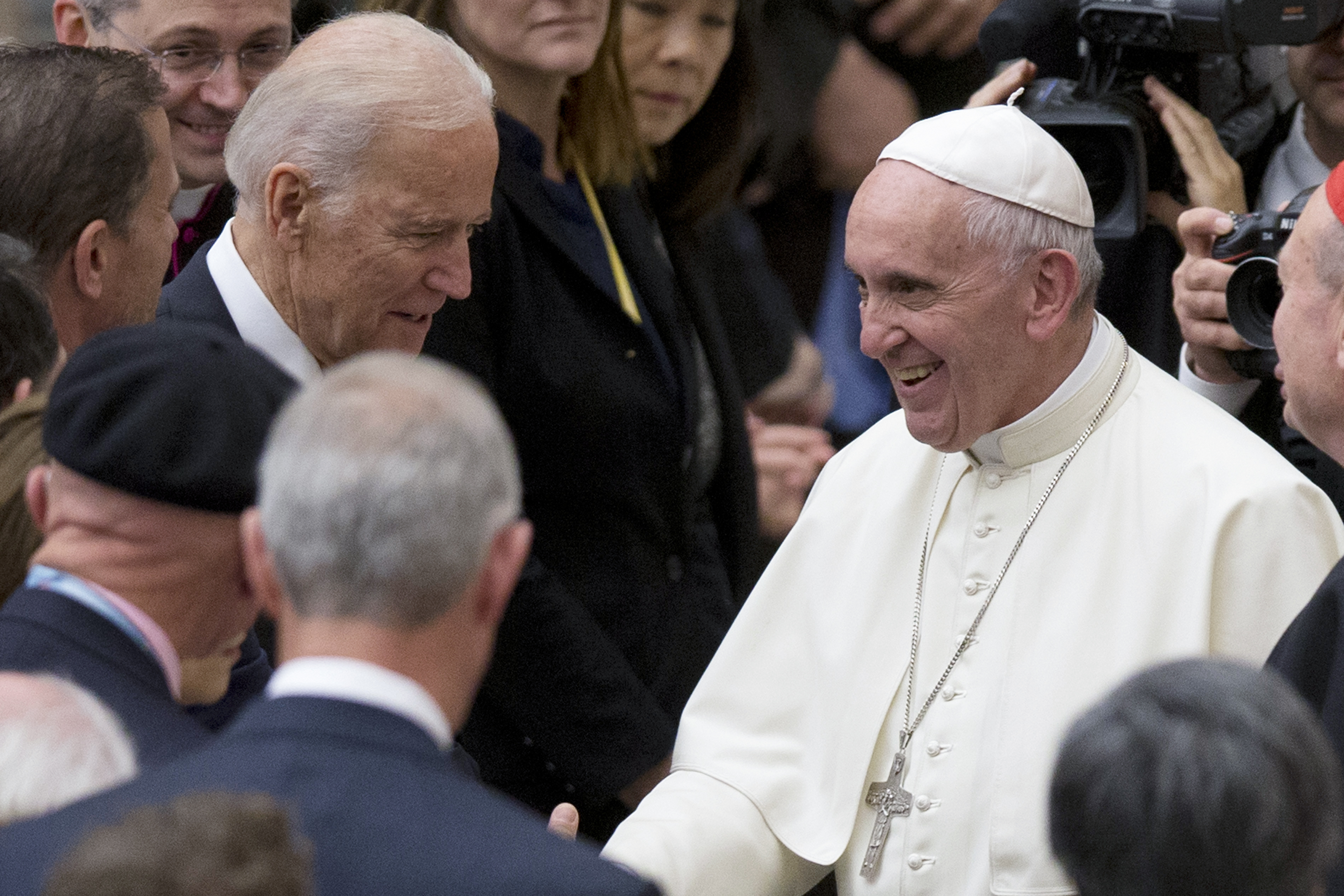 The Vatican has not offered an explanation for why it canceled the planned live broadcast of U.S. President Joe Biden’s meeting with Pope Francis on Friday, instead limiting coverage of the event to the arrival of Biden’s motorcade at the Apostolic Palace, the Associated Press reported.

Though the Vatican said it would give edited footage of the meeting to accredited media, the move is the latest limit on media coverage of the Holy See.

Though Biden has met Francis three times before, this will be their first encounter with Biden as president, AP reported. Viewers won’t be able to watch live when Biden greets Francis in the palace Throne Room, or when they sit down in Francis’ library to commence their private meeting, when live coverage would typically stop.

Biden’s meeting with Francis comes during a point of contention over the president in the church. Some conservative U.S. bishops argue that Biden, the second U.S. Catholic president, shouldn’t be allowed to receive Communion because of his support for abortion rights, according to AP.

Though any document that emerges from the bishops’ upcoming annual fall convention is not expected to mention Biden by name, it’s possible there could be a clear message of rebuke.

Francis has strongly upheld the church’s opposition to abortion, calling it “murder.” But he has said bishops should be pastors, not politicians.

The Vatican has provided live television coverage for the visits of major heads of state for years and had scheduled such coverage Friday for Biden and, before him, for South Korean President Moon Jae-in, who is also in Rome for a Group of 20 meeting this weekend.

Live broadcasts are particularly important because the Vatican hasn’t allowed independent photographers and journalists into papal audiences since the start of the COVID-19 pandemic. The Vatican has continued to cite the pandemic as a reason to deny external media access to the beginnings and ends of papal audiences with visiting leaders, even though they are allowed into other papal events.

It is during those moments in the pope’s library that reporters can view the gifts that are exchanged, watch as the formal photograph is taken and overhear remarks as the leaders arrive and depart to get a sense of how the pope and his guest have gotten along. Only the pope’s official photographer and Vatican video journalists are now allowed in.

The Vatican correspondents’ association has protested the cancellation of such pool access and several media outlets, including AP, formally complained about Thursday’s cut of the live Biden-pope broadcast and asked for an explanation.

White House press secretary Jen Psaki was asked about the limited media access to Biden’s audience and said the administration was “working through every lever we have” to get more access.

Biden is travelling with his own pool of reporters who would normally be allowed into the pope’s library for the beginning and end of the audience.

Noting that Biden was a guest and the Vatican the host, she added: “I can’t offer you a guarantee, but I can guarantee you we will continue to advocate.”