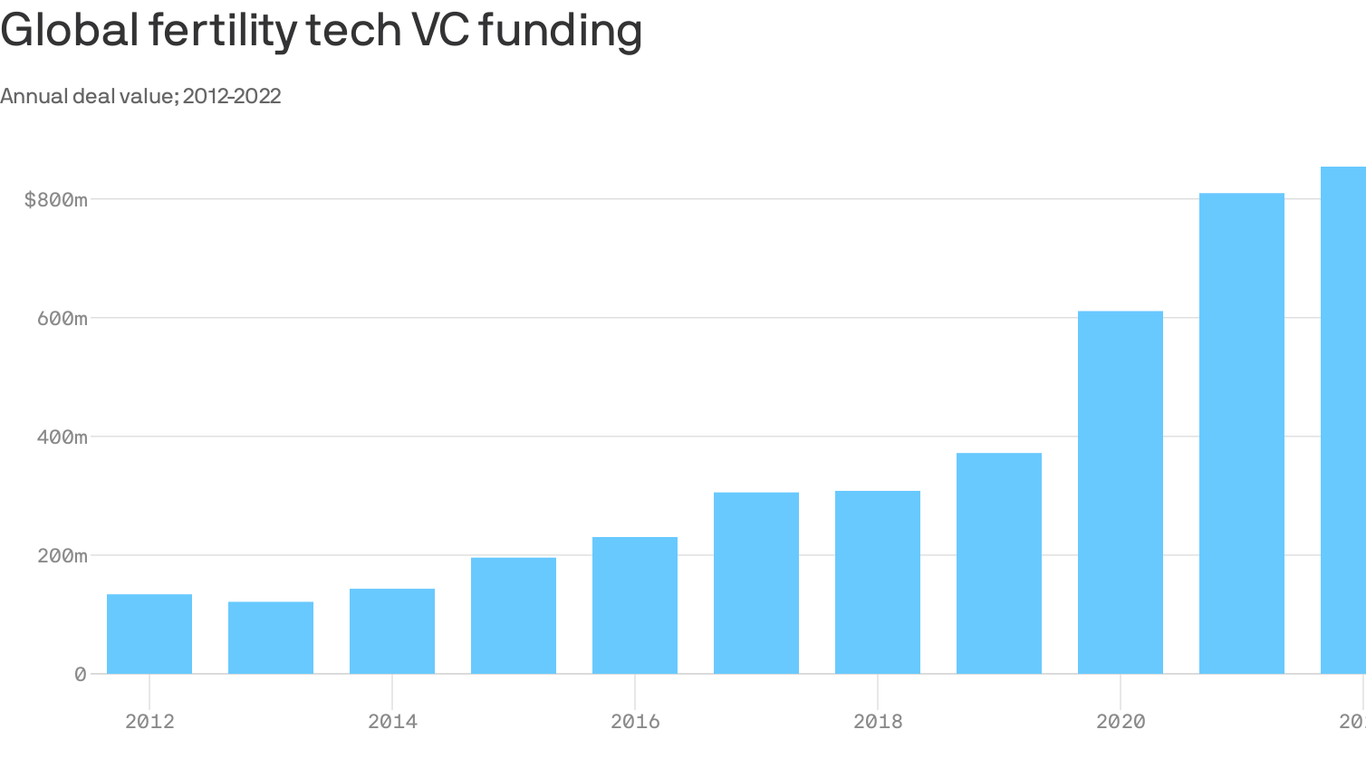 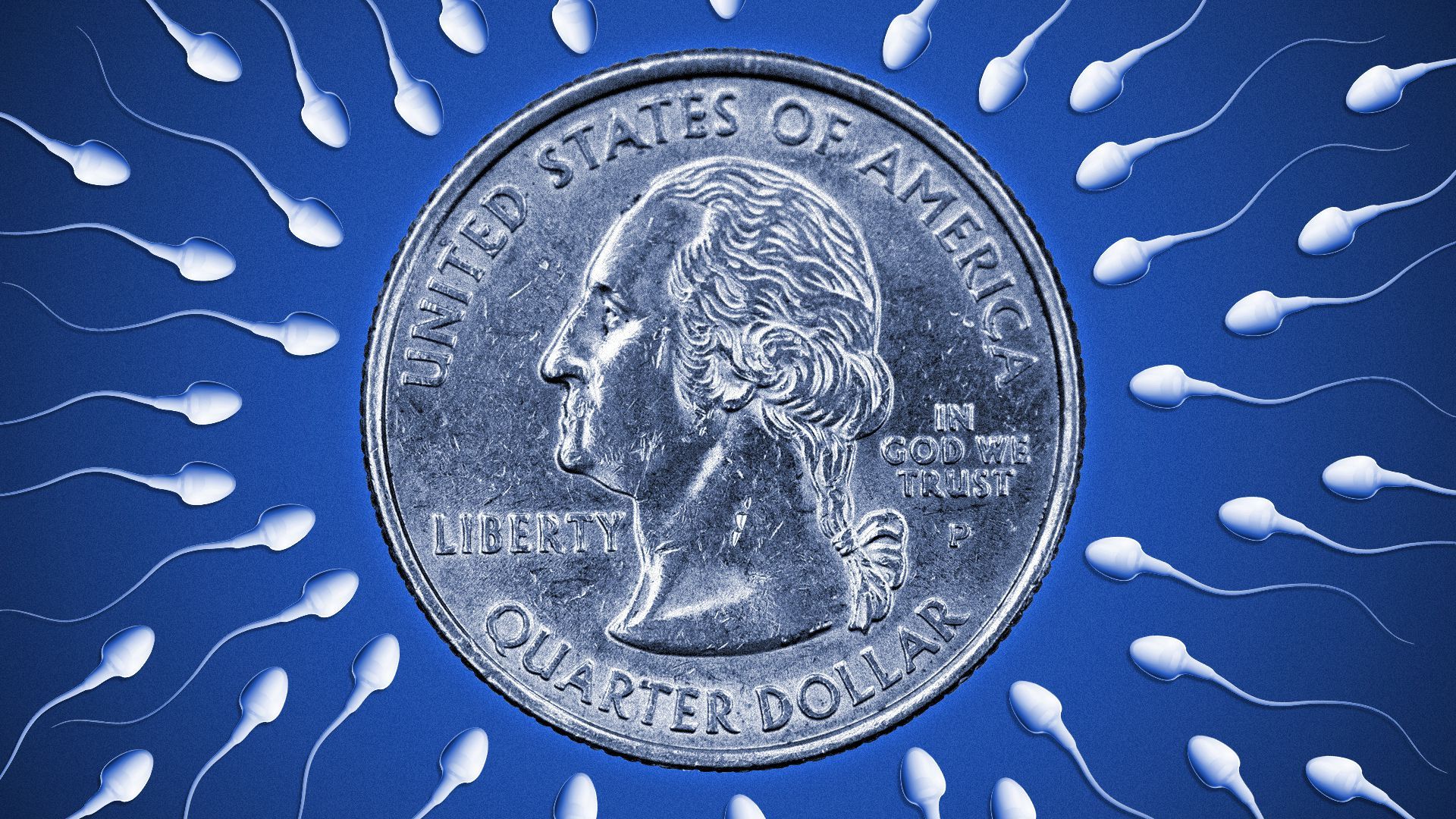 Fertility technology startups are in the midst of a funding frenzy, reaching more than $800 million in 2022 as demand for fertility services continues to climb.

Why it matters: Increasing demand is not being met with increasing access, and so tech-forward companies strive to fill the gap.

Driving the news: Several family-planning realities have been cast into the spotlight in recent years:

What they’re saying: Employers, entrepreneurs and investors tell Axios they see their roles as more important than ever, with startups responding to employer demands by expanding their offerings to include reproductive care.

By the numbers: Venture funding of fertility-focused technology has risen steadily over the last decade, with $854.5 million invested in 2022, per PitchBook.

Zoom in: As existing reproductive health companies’ valuations rise, new startups are rushing to fill extant gaps in care. In the past few months, 6 early-stage companies have received $85 million in funding, and Maven Clinic became the first maternal and family-health startup to reach unicorn status after a $90 million financing.

Yes, but: Although many of the companies in the sector focus on women and their reproductive systems, half of all infertility cases involve problems related to sperm, says Sophia Yen, a Stanford clinical associate professor and CEO of women’s telehealth company Pandia Health.