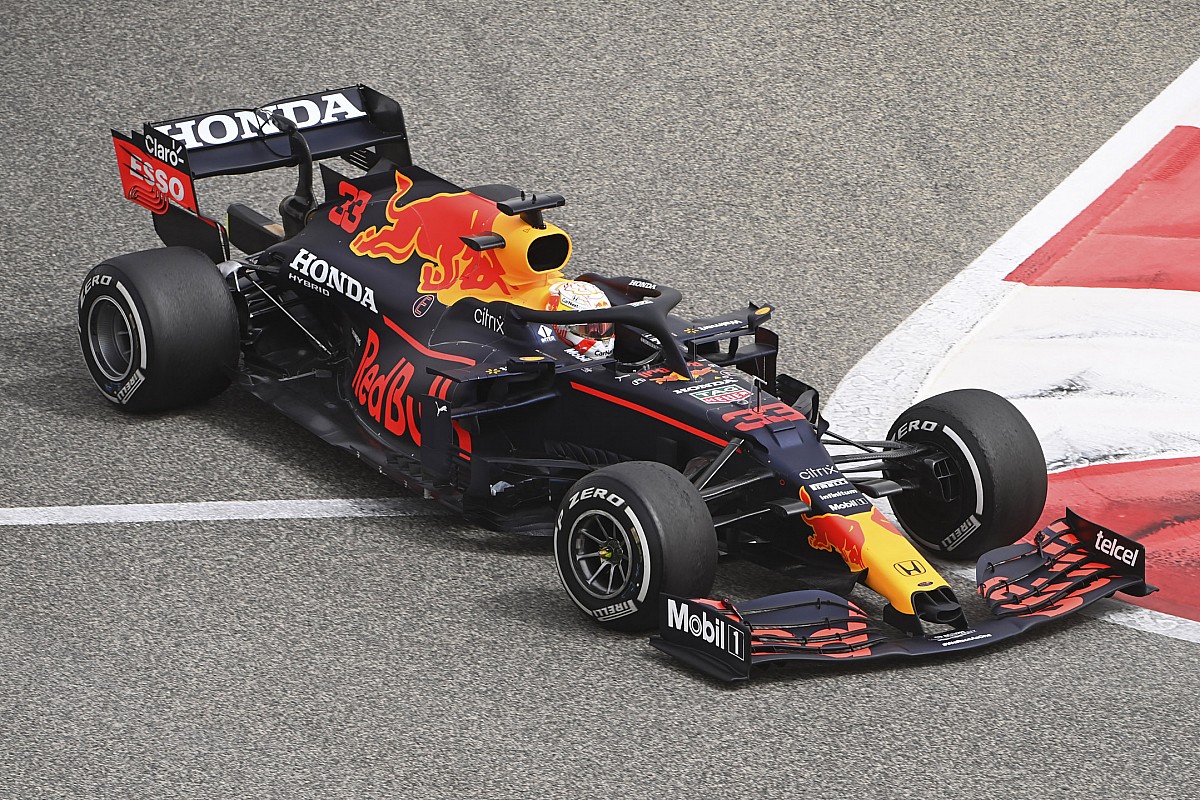 Mercedes suffered setbacks on each of the first two days of testing in Bahrain, leaving it at the bottom of the mileage chart heading into the final running on Sunday.

By comparison, Red Bull managed close to 100 more laps than Mercedes with the RB16B car as Verstappen and teammate Sergio Perez enjoyed largely trouble-free running on the first two days.

Verstappen said after his first run-out on Friday that the car felt “predictable”, and was responding well to set-up changes.

But Verstappen is refusing to look too much into Mercedes’ struggles through pre-season testing, saying it was too early to say if Red Bull was in better shape than in previous years.

“It’s still a bit early to say, I’ve only done the first day,” Verstappen said ahead of his final test appearance on Sunday afternoon.

“It was just a very positive day because we did a lot of laps, and that has been different in the past.

“At the end of the day, it’s a test. The amount of times that Mercedes has topped the testing in the last few years is not that high, so it doesn’t really say a lot about pure performance.

“But for us, it’s just all about gathering a lot of data.”

Mercedes was able to bounce back on Saturday as Valtteri Bottas topped the timesheets, but both he and teammate Lewis Hamilton were reporting struggles with the rear end of the W12.

Asked by Motorsport.com if Red Bull had the favourite tag heading into the first race in light of Mercedes’ struggles, Verstappen replied: “I don’t think we are the favourites.

“If Mercedes wins that many championships in a row, I think it’s still the same as before we came to the test.”

Red Bull has traditionally started seasons slowly in recent years before making gains later on, with the area being a key weakness in its bid to challenge Mercedes for titles.

Although Verstappen said the car felt “very positive” from his first outings, he felt it was too early to say whether or not Red Bull would be able to start the season stronger than in recent years.

“It’s a bit too early to say, nobody really has shown anything,” Verstappen said.

“I’m just very happy for myself that we could do that many laps, because that’s the most important.

“The engineers and everybody back at the factory, they want a lot of data, and afterwards we’ll find out in Q3 on the first race weekend where we are.”