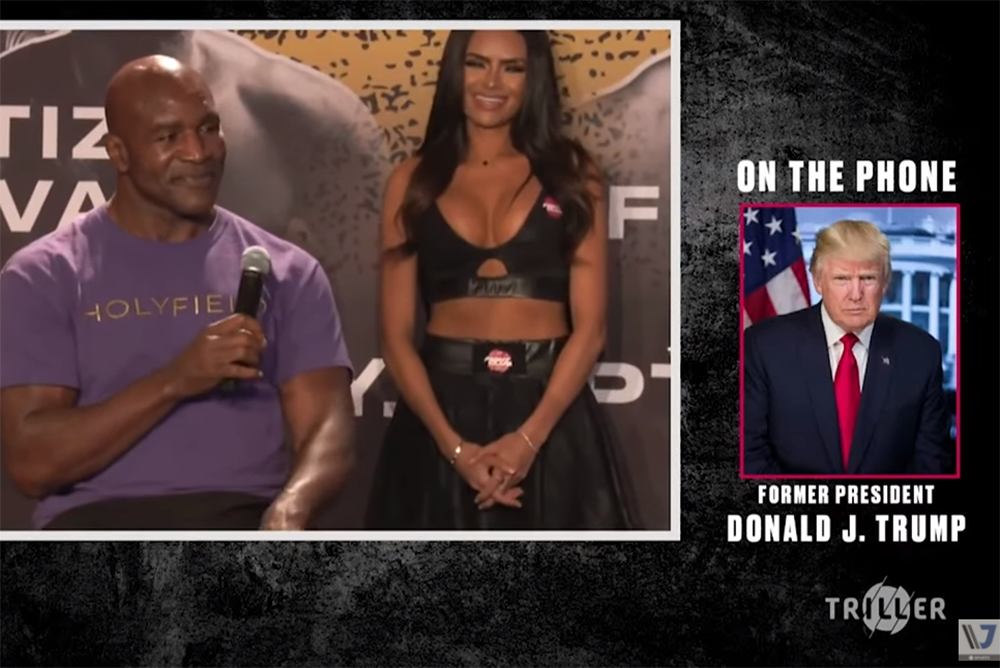 From out of nowhere, Triller Fight Club announced this week that former President Donald Trump will take part in the Evander Holyfield vs. Vitor Belfort pay-per-view at the Seminole Hard Rock Hotel & Casino in Hollywood, Fla., where Trump will “host and commentate” the boxing event.

Before that happens, though, Trump made an appearance Thursday during the pre-fight news conference, calling in to answer some questions and speak with both Holyfield and Belfort.

You can check that out in the video above.