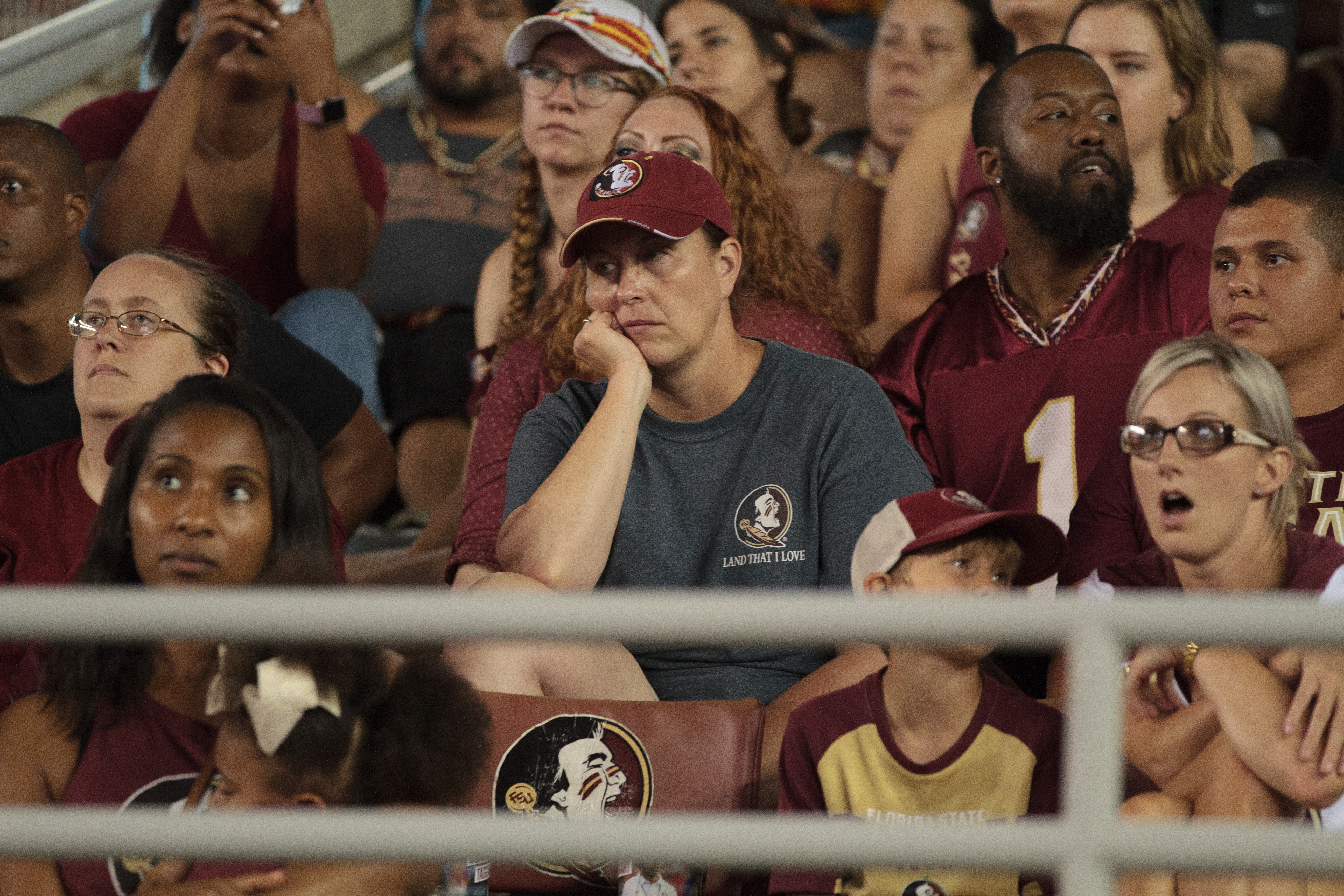 One week after losing an overtime thriller at home to Notre Dame, a rough start to the season for Florida State turned dismal.

Playing against FCS school Jacksonville State—a team that lost to UAB 31-0 last week—the Seminoles gave up a 59-yard Hail Mary touchdown as time expired to lose, 20-17. The play was stunning on a number of levels, but watching two defensive backs let a JSU receiver make a clean catch and then fail to attempt a tackle had Doak Campbell Stadium absolutely stunned.

It’s the first time Florida State has lost to a non-FBS team since William & Mary defeated the Seminoles in 1959. It’s also the eighth time this season an FCS team has upset an FBS team to begin the 2021 season. Florida State becomes just the third Power 5 program to suffer such a loss.

Making matters a little more painful is the fact that FSU paid $400,000 to schedule Jacksonville State.

A week ago, the Seminoles were just minutes away from knocking off the No. 9 team in the country with Notre Dame in Tallahassee. Now 0-2 on the year, Florida State faces a crucial test on the road at Wake Forest next weekend.