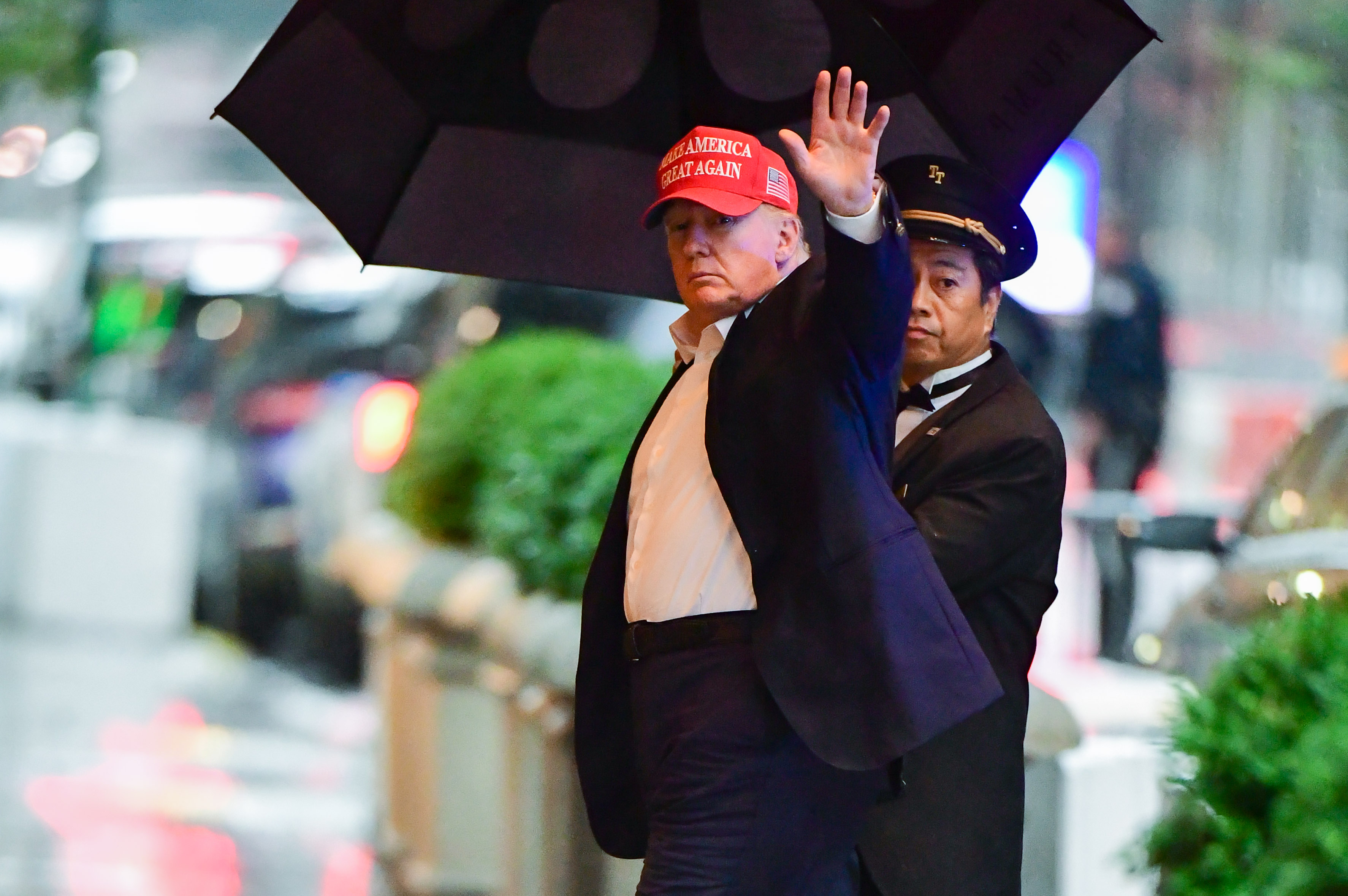 A video of former President Donald Trump’s unusual first reaction to the terrorist attacks from September 11, 2001, has gone viral on the tragedy’s 20th anniversary.

As Trump made surprise trips to police and fire stations in New York City on Saturday, a resurfaced short clip of his call into the WWOR-TV station on the day of the terror attacks two decades ago drew significant attention on Twitter.

The video has been watched more than 231,000 times since it was shared by former federal prosecutor Ron Filipkowski on the 20th anniversary of the tragedy Saturday morning.

Nearly 3,000 people were killed after two hijacked commercial planes crashed into the World Trade Center in New York City, one into the Pentagon in Arlington, Virginia, and a fourth into a field in rural Shanksville, Pennsylvania, 20 years ago Saturday. The terror attacks were orchestrated by al Qaeda founder Osama bin Laden.

Trump did not join other former presidents, including Barack Obama and Bill Clinton, in attending the memorial event in New York, which included a performance by Bruce Springsteen. But Trump did stop in to greet first responders at a police department in Manhattan and a New York City Fire Department station.

In a video released Saturday, Trump commemorated the 20th anniversary of the September 11 attacks and praised the first responders—before quickly pivoting to attacking President Joe Biden’s handling of the U.S. troop withdrawal from Afghanistan.

“The leader of our country was made to look like a fool, and that can never be allowed to happen,” Trump said of the chaotic exit he helped to negotiate, blaming “bad planning, incredible weakness, and leaders who truly don’t understand what was happening.”

“This is the 20th year of this war and should have been a year of victory and honor and strength,” the former president added. “Instead, Joe Biden and his inept administration surrendered in defeat.”

Biden marked the 20th anniversary of the September 11 attacks with visits to the three sites where the planes crashed, starting where the original World Trade Center once stood in New York City. He then visited Shanksville, Pennsylvania, before traveling to the Pentagon in Arlington.