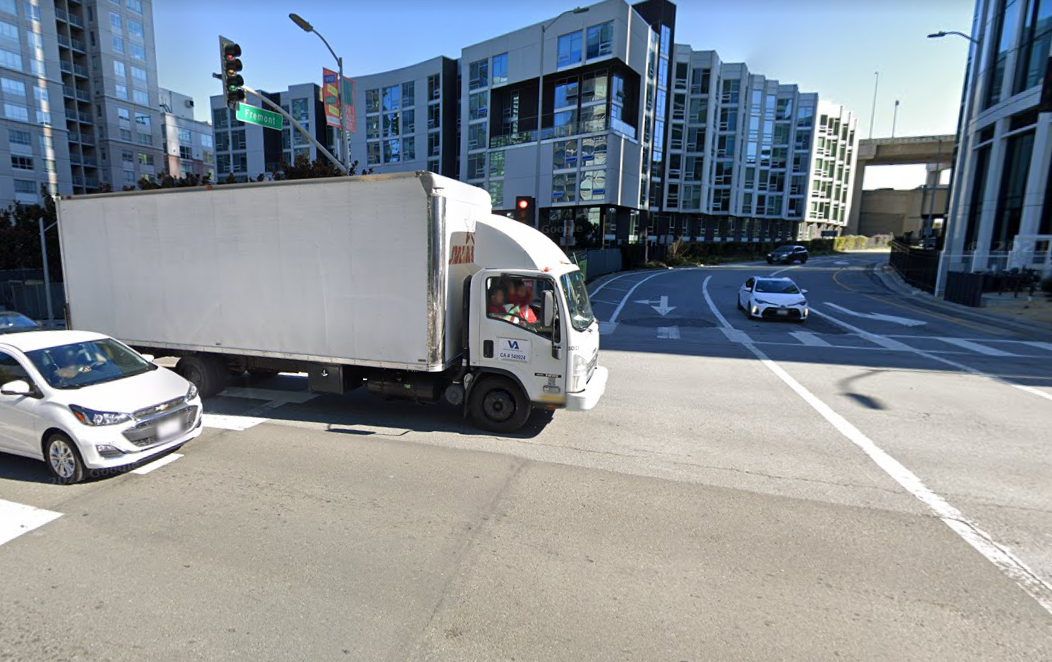 A cloud of haze covered the intersection of Fremont and Harrison streets in San Francisco, as a sideshow temporarily blocked an entrance to the Dwight D. Eisenhower Highway and the Bay Bridge Sunday evening.

Footage posted on Reddit of the incident shows crowds of people standing on the crosswalks and sidewalks, watching a gray sedan do donuts in the intersection. One person shone a blue beam on the sideshow.

On-the-ground footage shows some members of the crowd recording the car spinning around, and the area covered in smoke. It also appears as if traffic at this intersection was halted to a standstill, based on additional footage shared by KGO reporter J.R. Stone on Twitter.

At one point during the evening fireworks went off, reported KGO. All the vehicles and most of the attendees at the sideshow left as soon as officers arrived at the scene. San Francisco police spokesman Officer Adam Lobsinger told local news outlets that no one was hurt or arrested following the event.

It is unclear how long the sideshow lasted before police arrived.

Lobsinger told SFGATE that if the sideshow extended to the highway on-ramp, it would have fallen under the jurisdiction of the California Highway Patrol.