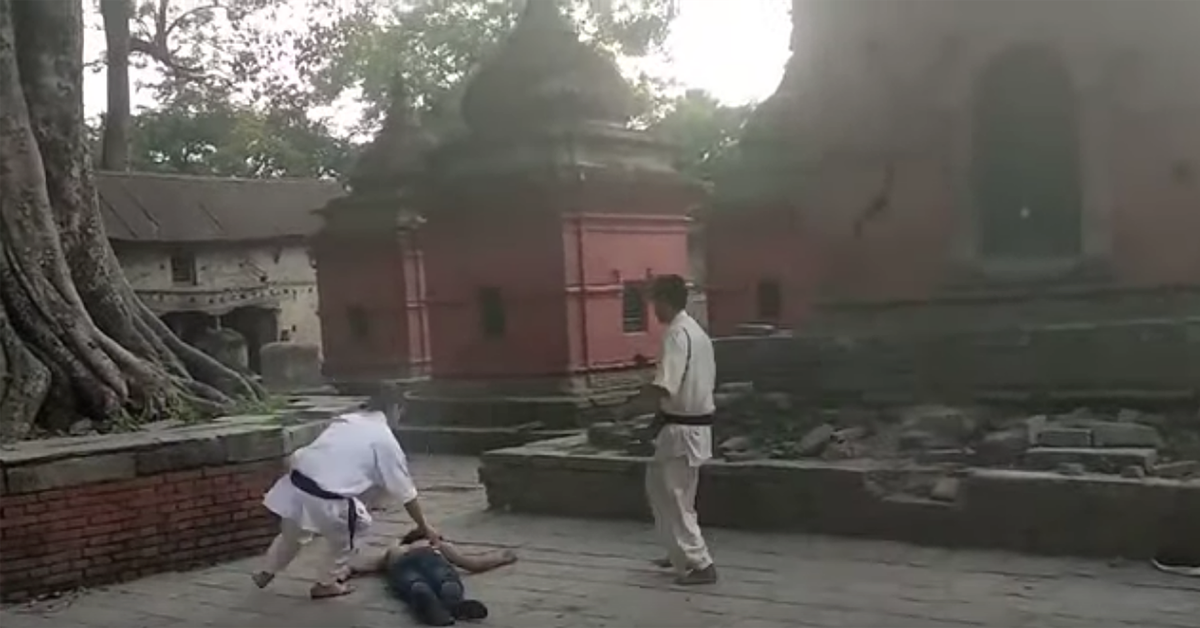 Here at Bloody Elbow, we don’t just bring you news about the most important fights in the world featuring the world’s greatest combat sports athletes. We give you the circus fights, too, featuring ‘legends’ and ‘influencers’. But that’s not all, either. We also bring you some of the wildest shit from the internet that we believe you simply have to see.

We dedicate a weekly column to some of the most bizarre (and awesome) stuff we find. That’s called What The Fight?! and is compiled by Victor Rodriguez.

Below is a video that could easily have made it into there. However, I think this one is so nasty it deserves it’s own post.

Check out what happened around a week ago in Delhi when a shirtless street fighter tried to take on a karate black-belt on what appeared to be the grounds of some sort of temple complex.

As you can see, the skinny guy exhibits a complete lack of martial arts training as he sways towards the gentlemen wearing a gi. After a few wild flying kick attempts from shirtless dude, the karate guy responds.

He touches him up with some leg kicks and then some punches. However, to finish off a combo he uncorks a spinning kick that catches his adversary about as clean as possible right on the jaw.

Skinny guy spins and face-plants the stone floor. This causes karate guy, and his friends, to rush over to roll the man over and check he is still breathing. The man seems to hold himself up under his own power while other bystanders rush into frame.

Hopefully the worst thing that happened here is that one person got a very painful lesson not to pick fights with guys wearing black-belts.