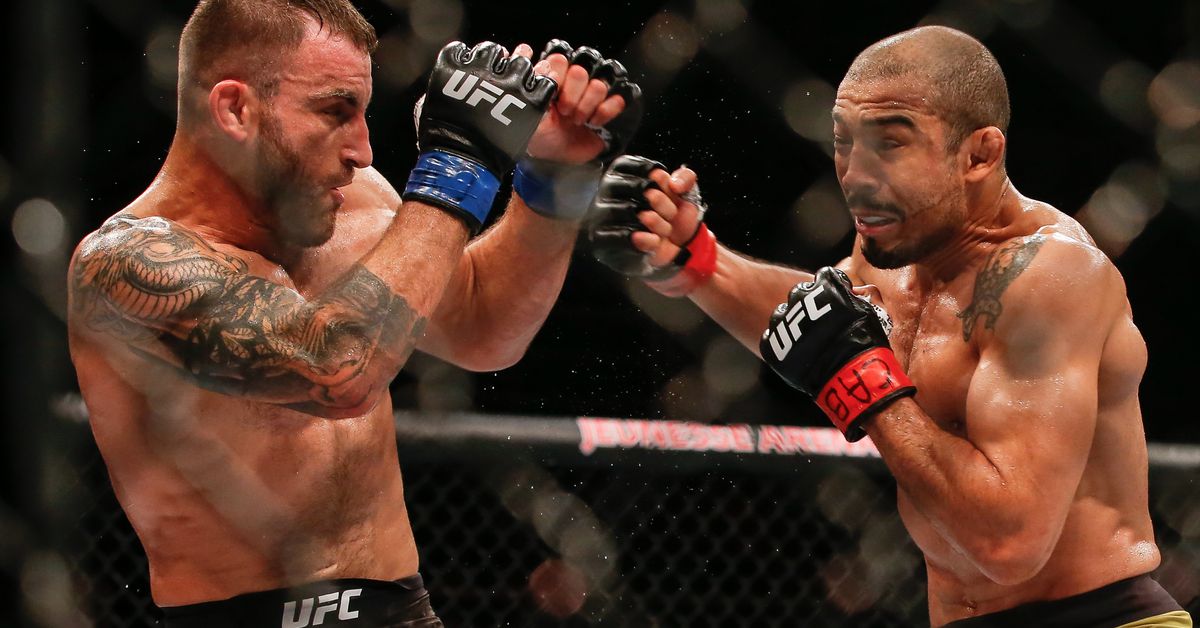 Alexander Volkanovski is wishing José Aldo all the best in retirement.

You can watch the full video below:

“I still have him as the featherweight G.O.A.T just because [of] what he’s done for the sport,” said Volkanovski. “So many defenses and stuff like that. I’m coming for that status, though. I’ll be honest, I’m coming for it, but yeah. He’s got it. He’s the man. He brought a lot of us into the sport. I still remember watching him before I even started and he was still competitive til now. Still right at the top, crazy legacy.

“A lot of times I think of how many times people thought he was done and dusted,” continued Volkanovski. “He would have a loss and then come back and kick ass again and still look just as fast as ever. The reason why everyone loves him so much is obvious — he’s talented, very technical, skilled, but he’s very respectful. A true martial artist is what he is, a true marital artist. Very good skillfully, technically, explosive, you name it. Very respectful and things like that, so a true martial artist and I think that’s why a lot of people give him so much respect.”

Volkanovski also reflected on his fight against Aldo at UFC 237 over three years ago. Though blown away by the speed and technicality of his opponent, the ‘Great’ defeated ‘Junior’ by unanimous decision, to the chagrin of the Brazilian fans at Jeunesse Arena in Rio de Janeiro.

The City Kickboxing product went on to win the featherweight championship with a unanimous decision over Max Holloway and has remained atop the division ever since. Volkanovski has entered the G.O.A.T conversation, but he conceded there was plenty to do before he could surpass Aldo.