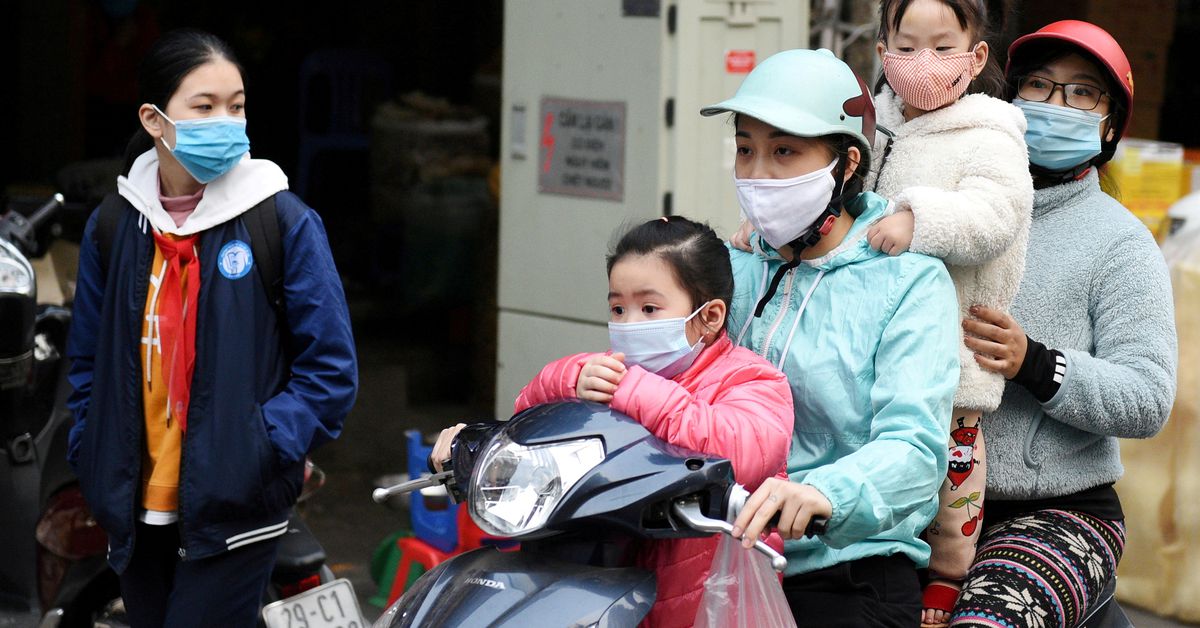 A family wears protective masks as they ride a motorbike in the street amid the coronavirus disease (COVID-19) outbreak in Hanoi, Vietnam, January 29, 2021. REUTERS/Thanh Hue/File Photo/File Photo

HANOI, July 17 (Reuters) – Vietnam will impose restrictions on movement in 16 southern provinces for two weeks from Monday as the country faces its worst COVID-19 outbreak so far, the government said on Saturday.

“The current outbreak we are facing is getting more complicated,” the government said in a statement. “The curbs are to protect people’s health.”

The Southeast Asian country reported 3,718 new infections, the highest daily increase and the third straight day it has recorded more than 3,000 cases.

Three-quarters of the confirmed cases were detected in southern areas, especially Ho Chi Minh City, and the Health Ministry said it had deployed at least 10,000 health workers to hard-hit provinces.

Vietnam, which has a population of 98 million, has recorded 47,904 infections in total and 225 deaths.

The current surge in cases has increased pressure on the government to boost vaccines supplies and accelerate inoculations, with less than 300,000 people fully vaccinated so far.

Vietnam has received nearly 9 million doses of COVID-19 vaccines, and the U.S. Embassy in Hanoi said the United States would provide an additional three million Moderna (MRNA.O) vaccine doses to Vietnam via the international COVAX programme.