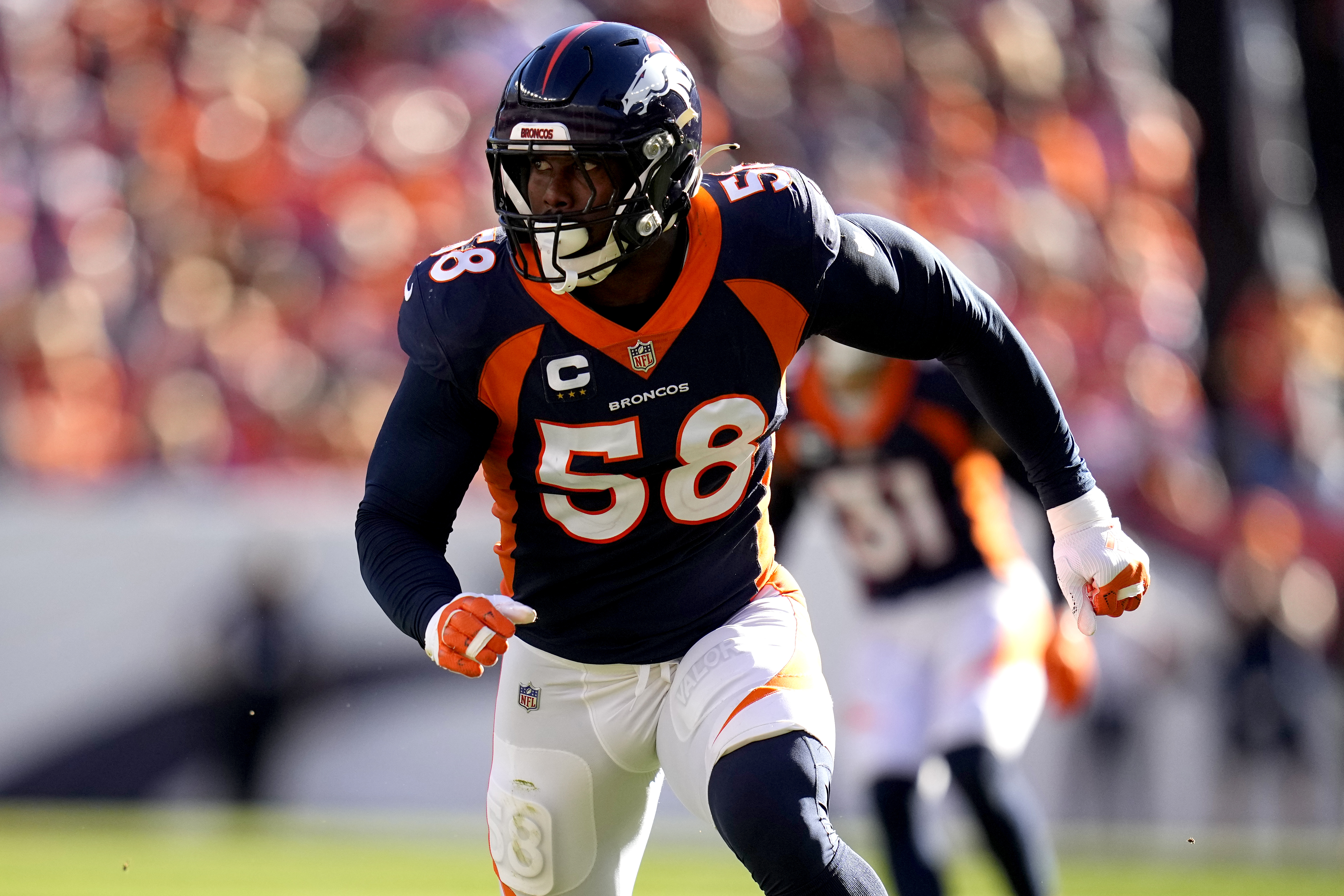 There’s a chance that Von Miller has played his final game as a member of the Denver Broncos with the NFL trade deadline looming.

Per CBS Sports’ Jason La Canfora, there are “several” teams that could make a “full-throated pursuit” of Miller ahead of Tuesday’s 4 p.m. ET deadline.

One general manager told La Canfora he doesn’t know why the Broncos wouldn’t at least explore a trade involving Miller.

“He has wanted out for a while, he won’t be back there next year, they are struggling with him,” the GM said. “Probably will have a new coach next year. George [rookie GM George Paton] has to be looking for picks at this point.”

There has been speculation going back two years that Miller has been unhappy with the state of the Broncos organization. He told reporters after a December 2019 defeat to the Kansas City Chiefs that he was “at a loss for words” with where things were in Denver:

Von Miller after the Broncos loss to the Chiefs Sunday.

At the start of training camp this season, Miller said he is “totally at peace” if 2021 ends up being his final year with the Broncos.

Miller left Denver’s Week 7 loss to the Cleveland Browns with an ankle injury. He’s listed as questionable for Sunday’s game against the Washington Football Team after not practicing all week.

An eight-time Pro Bowler, Miller is playing out the final season of a six-year, $114 million contract extension he signed in July 2016. He has had a solid start in 2021 with 4.5 sacks in seven games after missing all of last season with a dislocated peroneal tendon in his ankle.

Miller has spent his entire career in Denver after being the No. 2 overall pick in the 2011 NFL draft. He is the franchise’s all-time leader with 110.5 sacks. The 32-year-old recorded five sacks and two tackles for loss in the 2015 postseason to help the Broncos win Super Bowl 50 over the Carolina Panthers.

Since starting this season 3-0, the Broncos have lost four straight games. During the losing streak, they have averaged 16 points per game and have allowed at least 23 points three times.