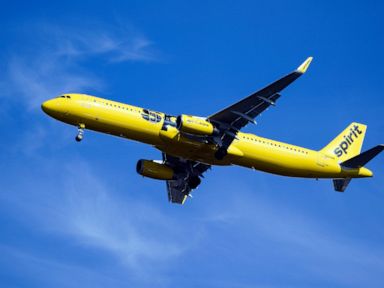 Days ahead of a shareholder vote at Spirit Airlines over a proposed buyout by rival budget carrier Frontier, the vote was postponed for a fourth time in a signal that the deal still lacks support from investors.

Spirit said Wednesday that the vote on the Frontier Airlines offer would be pushed back from Friday until July 27 so that it can keep talking to Frontier and rival bidder JetBlue Airways.

JetBlue CEO Robin Hayes said Spirit’s board is delaying the ability of Spirit shareholders to vote on his airline’s offer.

Spirit, based in Miramar, Florida, said it remains committed to the Frontier deal.

Frontier CEO Barry Biffle wrote Sunday that Frontier is “very far” from winning a vote of Spirit shareholders, and he asked for a delay. He added that Frontier has already made its best and final offer, and would waive its right to match if Spirit’s board decides to support a sale to JetBlue.

JetBlue is offering about $1 billion more, but Spirit’s board argues that regulators are more likely to block a JetBlue deal and is advising its shareholders to stick with Denver-based Frontier.

Spirit rebuffed JetBlue in April, but since that time the two airlines have been holding talks.

JetBlue’s Hayes said Wednesday the two sides have made “significant progress,” and that Spirit’s board should clear the way for shareholders to vote on JetBlue’s offer.

Shares of Spirit, Frontier, JetBlue and all other airlines tumbled at the opening bell on some red-hot inflation numbers released by the U.S. Wednesday.

Airlines writer David Koenig in Dallas contributed to this report.