War in Ukraine About to Enter ‘New Phase’ as Fighting Shifts: UK MoD 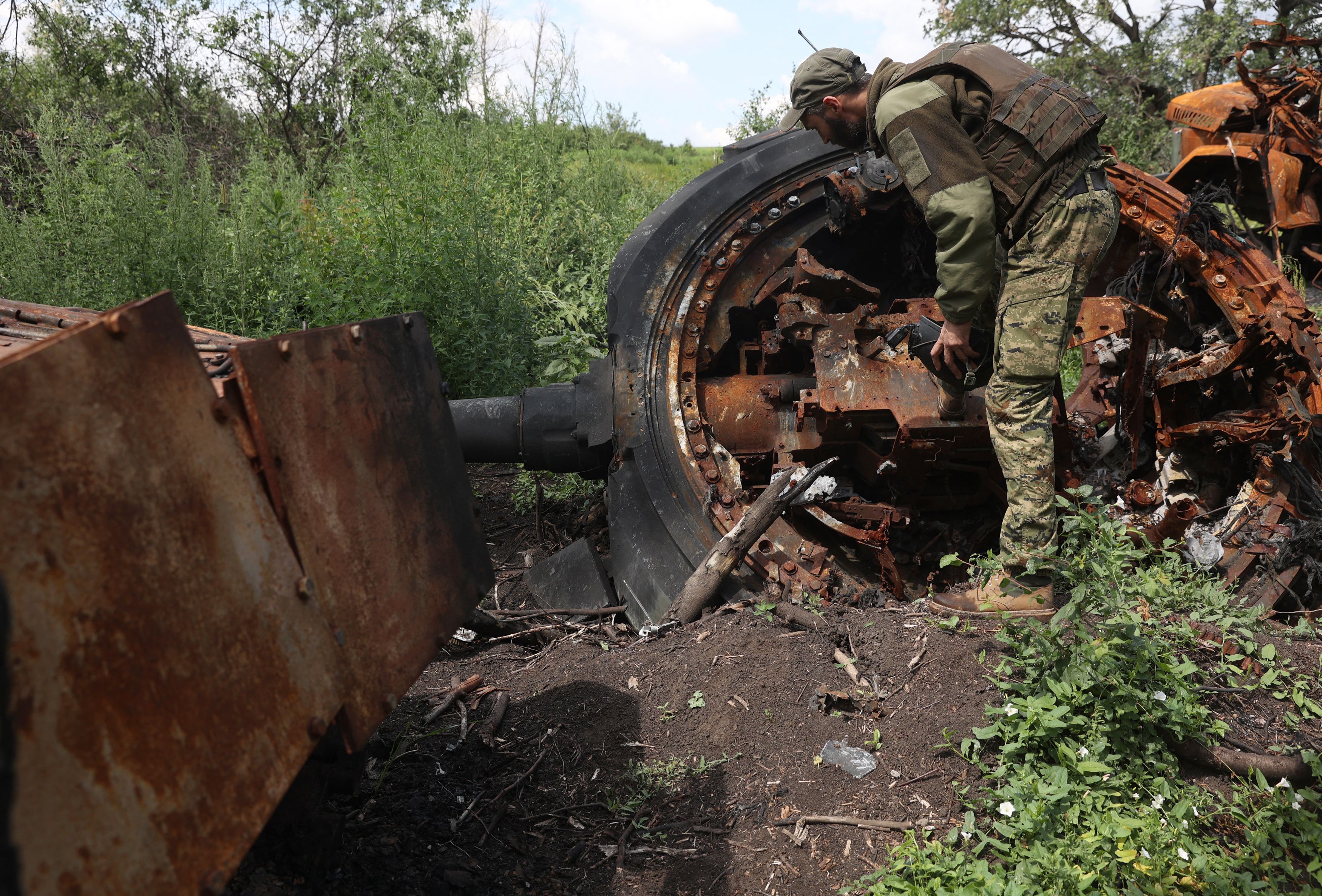 Russia is moving its military vehicles, troops and weapons towards the southwest of Ukraine as Vladimir Putin’s invasion enters a “new phase,” U.K. defense officials have said.

The U.K. Ministry of Defense said on Saturday that Russian Battalion Tactical Groups (BTG) of up to 1,000 troops were being deployed to Crimea, the peninsula Moscow annexed in 2014.

From there, they would “almost certainly be used” to support Russian troops in the Kherson region, which fell to Russia soon after the invasion and where Ukraine’s forces are conducting a counter-offensive.

“Russia’s war on Ukraine is about to enter a new phase,” the officials said, predicting that the heaviest fighting would move to a 200-mile front line that stretched southwest from near Zaporizhzhya to Kherson, parallel with the Dnipro River.

On Wednesday, a new BTG was deployed to Crimea and other BTGs are also being re-deployed from the Eastern Grouping of Forces, which will “highly likely” be sent into the Kherson region in the coming days, the assessment said.

It added that Russia was also moving equipment from the cities of Melitopol, Berdiansk, Mariupol and from mainland Russia via the Kerch Bridge into Crimea.

Meanwhile, Ukraine was focusing on targeting bridges, ammunition depots, and rail links including the strategically important railroad spur that linked Kherson to Crimea.

Newsweek has contacted the Russian Defense Ministry for comment on the daily British assessment, which tends to emphasize Kyiv’s gains and Moscow’s losses.

Now into its six month, the conflict had moved into a war of attrition fought mostly in the east and the south as Moscow tried to gain control of the Donbas region.

Russian and Ukrainian forces accused each other of firing rounds near the Zaporizhia Nuclear Power Plant (NPP) in Enerhodar, around 140 miles northeast of Russian-occupied port city of Mariupol.

Energoatom, the state-run operator of Ukraine’s nuclear power plants, said the strikes got close to one of the power blocks where the nuclear reactor is located. Russia’s defense ministry said it was Ukrainian forces that had shelled the plant and that a radiation leak had been narrowly avoided.

Reuters reported on Saturday that the U.S. will announce next week a $1 billion military package that will include further munitions for the M142 High Mobility Artillery Rocket Systems (HIMARS), whose range have allowed Kyiv to hit significant Russian targets.

Putin’s invasion was believed to have been a topic of discussion during the Russian president’s meeting with Turkish president Recep Tayyip Erdoğan in the Black Sea city of Sochi.