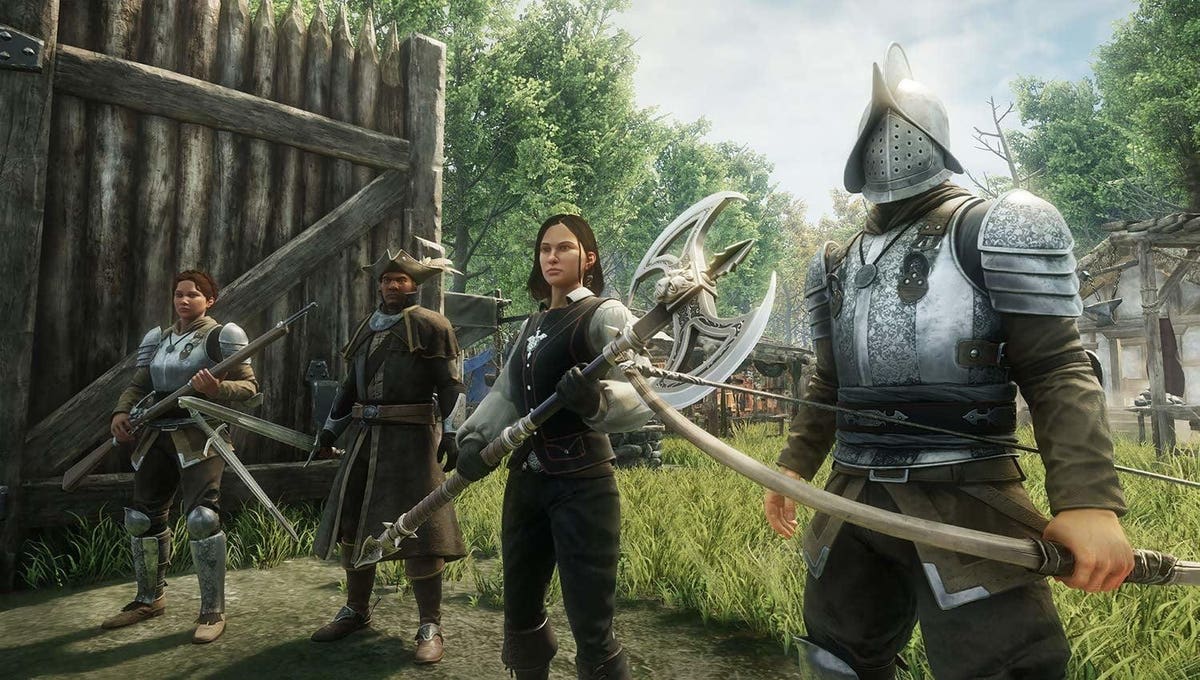 An extremely serious warning today if you are trying out Amazon’s new MMO, New World, now that it’s entered a beta testing period. If you own a certain type of GPU, you are at a high risk of having it be totally bricked by the game.

The card in question is the EVGA 3090 FTW3, a roughly $2,000+ card, and one that for some reason, is specifically getting destroyed by New World, when lesser, cheaper cards are not.

I first heard about this from streamer Gladd, who says he lost his own card late yesterday. This is not an isolated incident, as there’s a forum post and reddit thread with many, many other players saying the same thing happened to them and their 3090s.

This appears to be a problem that’s been ongoing since the alpha. Here’s one user describing that this is the second card they’ve lost this way:

“So after hitting the play button for New World beta the game started to load, followed immediately by fan speeds increasing to 100%, fps dropping to 0, and then my monitors turning off and my video card is no longer detected. So I reboot the PC and everything seemed to work fine, I even tried a few other games to make sure and I had no problems. So I hit play on New World again and same thing happen but this time I heard a loud pop and now my 3090 won’t get past POST on bootup.

This is the 2nd 3090 FTW3 Ultra directly from EVGA to die while playing or attempting to play New World, my first one died during Alpha, but I was able to play that for a week or so before that happen. But the same exact thing happened with that card, it just happened while I was actually in the game.”

I have not heard any response from Amazon from this other than an automated bot telling people to check the “Common Issues” section of the Graphics and Performance Section of the game, but clearly this is a problem that isn’t going to be cured by an FAQ page.

The prevailing theory about what’s happening here is that something within New World is creating unusual conditions to trigger this total failure. One idea I’ve seen proposed is that New World does not frame limit its menus, so those shooting up to thousands of FPS is doing something to these cards and causing them to fry, though that’s not confirmed, as of yet. The game is reportedly drawing a ton from all kinds of cards, but I’m only seeing reports of 3090s as the ones actually outright dying. I’ve reached out to Amazon for comment, and will update if I hear back.

This is a very, very serious issue, and while this does not seem to be affecting every single person with a 3090, I would highly, highly recommend not playing the game until we know more information about the conditions causing this, or some sort of fix is issued. Right now, it seems possible you may end up losing your very expensive card and having to start some sort of refund/replacement process. You have been warned.

Update: Here is Amazon’s statement on the issue, which they do not think is widespread, even among 3090s:

New World makes standard DirectX calls as provided by the Windows API. We have seen no indication of widespread issues with 3090s, either in the beta or during our many months of alpha testing.

The New World Closed Beta is safe to play. In order to further reassure players, we will implement a patch today that caps frames per second on our menu screen. We’re grateful for the support New World is receiving from players around the world, and will keep listening to their feedback throughout Beta and beyond.”

Pick up my sci-fi novels the Herokiller series, and The Earthborn Trilogy, which is also on audiobook.