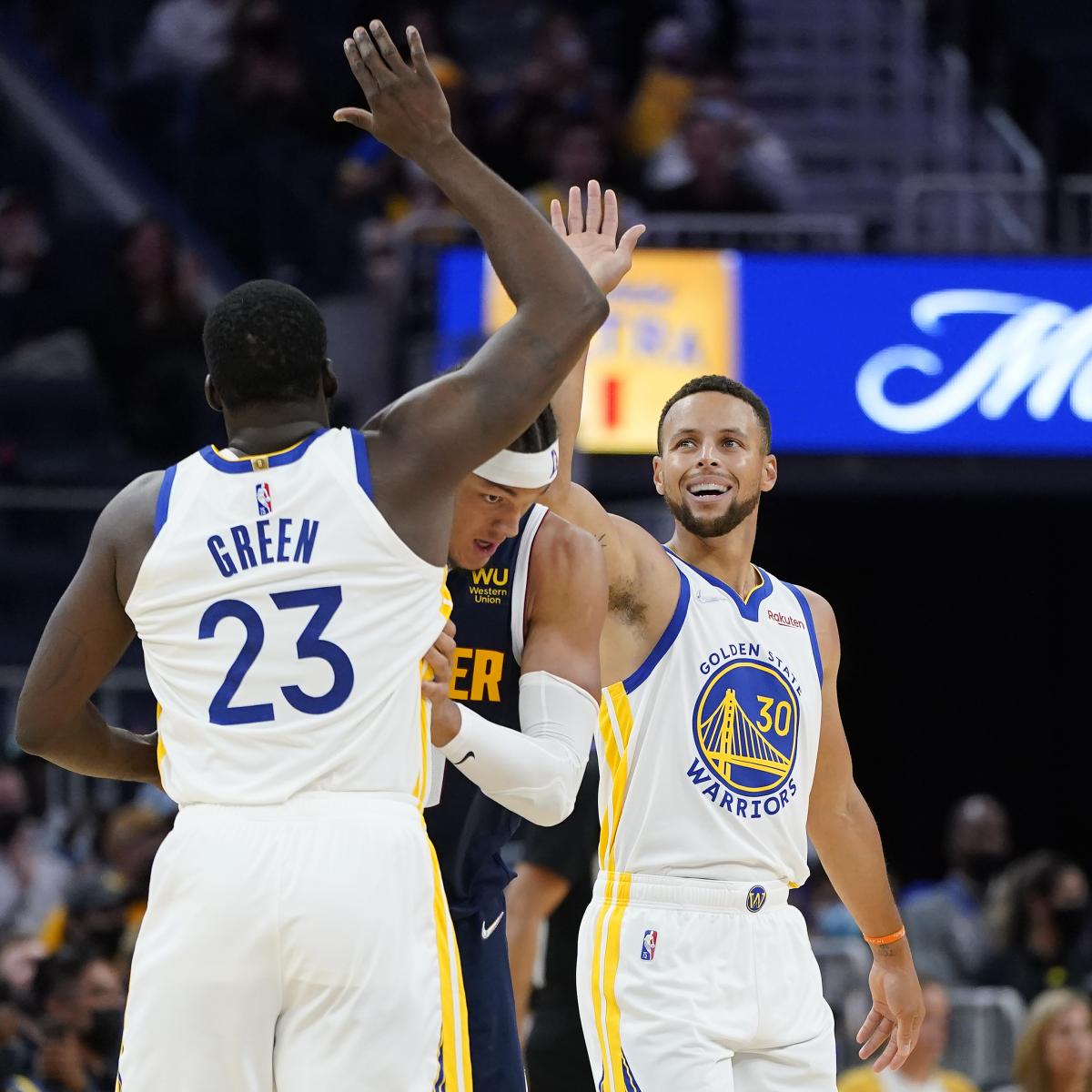 The Golden State Warriors are tightrope-walking between two different eras.

While it’s possible they commit to one side of the timeline with a major win-now move, the fact that no major trades were brokered over the NBA offseason suggests one may not be coming.

The way the Warriors see it, they don’t have to pick a side. If their calculations are light-years ahead, they plan to both compete for a title now and leave the cupboard well-stocked for later.

It’s an optimistic aim as few teams in league history have successfully struck this balance. The Warriors’ push for greatness today and tomorrow might wind up leaving them short-staffed on both ends. If it works, though, this franchise could get back to being the envy of the basketball world.

This comprehensive guide to Golden State’s 2021-22 campaign will highlight roster moves and key storylines, then lay out both best- and worst-case scenarios for this group.

The Warriors were reduced to offseason shopping on a budget, and it shows.

They made their biggest external additions on draft night, when they spent a pair of lottery picks on Jonathan Kuminga (No. 7) and Moses Moody (No. 14). While many teams might be glad to welcome two lottery additions to the fold, the Warriors’ win-now intentions might work counter to the patience they’ll need to bring these young players along.

As for free agency, the Dubs moved only on the margins. They plucked Otto Porter Jr., Andre Iguodala and Nemanja Bjelica out of the bargain bin, while they watched Kelly Oubre Jr. and Kent Bazemore sign elsewhere.

The biggest newcomer this season, though, was already on the roster: Klay Thompson, who had the last two seasons erased by leg injuries (first a torn ACL, then a ruptured Achilles). Stephen Curry’s splash sibling played a pivotal role in the championship runs of 2015, 2017 and 2018, but it’s fair to wonder how the now-31-year-old will look after two seasons away.

Golden State has a three-step process to turn its 2021-22 dreams into a reality.

First, it needs Curry and Draymond Green to keep a stranglehold on their elite credentials. While the Warriors weren’t great last season, their brightest stars were. Curry took third in MVP voting, while Green held the same spot for the Defensive Player of the Year. They can’t regress much (if it all) if Golden State wants to be a factor in the Western Conference race.

Second, Thompson needs to return to at least 80 percent of his old form. His sweet shooting stroke should age just fine, but his defensive versatility was arguably just as critical given Curry’s limitations at that end. If Thompson can’t bother opposing backcourt players like he did in the past, this defense could have real problems on the perimeter.

Finally, multiple young players need to shatter reasonable expectations. Jordan Poole started the process late last season and has kept it up in the preseason, so Golden State looks good on that front. But there’s no telling how the rookies will respond to their first taste of the big stage, and sophomore center James Wiseman is just as big of a mystery as when he arrived last season having played just three games in college.

Let your imaginations run their wildest, and just about anything seems possible for the Warriors. There’s a non-zero chance they rip off 60-plus wins and keep the momentum rolling right through a championship parade.

A more reasonable outlook, though, puts their victory total in the low-to-mid 50s, their playoff seed somewhere in the 3-to-6 range and their postseason ceiling stopping in the conference finals at the latest.

Like the Warriors learned last season, Curry and Green can be dominant without the team ever reaching anything close to that level. It’s possible history repeats itself, especially if Thompson isn’t the same and the growing pains of the up-and-comers show up in the standings.

This could be a play-in tournament participant again, due both to the unanswered questions with this roster and the depth of the Western Conference.