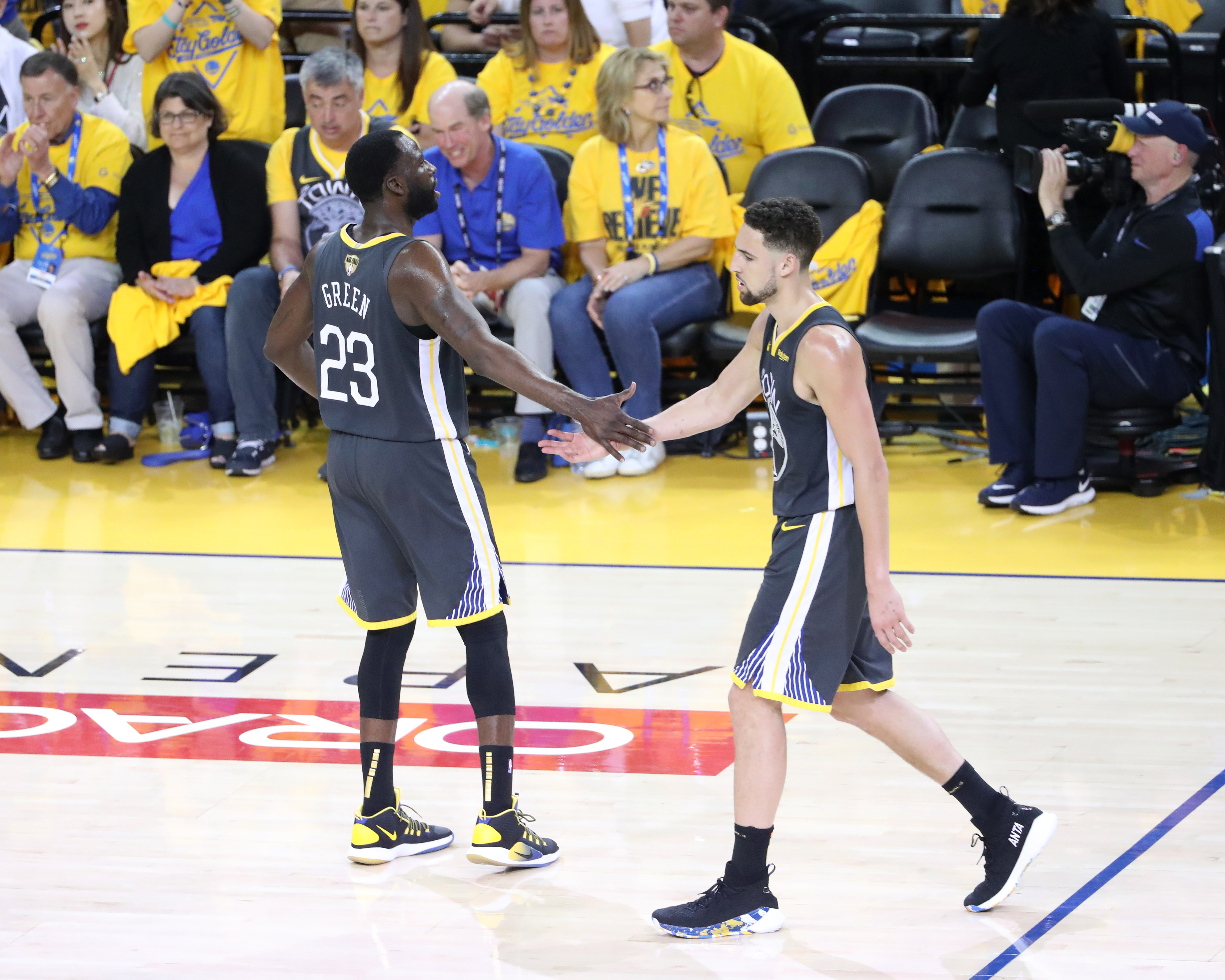 While the Splash Brothers are back together for the Golden State Warriors, Klay Thompson is yet to play meaningful minutes alongside Draymond Green since his return because the versatile forward is sidelined with a calf injury.

Thompson is looking forward to that changing following Tuesday’s loss to the Memphis Grizzlies.

“I’m really excited about the day I get to play with Dray,” Thomson told reporters. “We really feed off each other, offensively and defensively.”

Thompson at least got to share the court for a moment with Green during Sunday’s win over the Cleveland Cavaliers.

It was the shooting guard’s first game action since the 2019 NBA Finals as he returned from ACL and Achilles injuries, and Green did not want to miss it. So he started the game despite his own injury and committed an immediate foul after the opening tip so he could be taken out.

“[It meant] so much,” Thompson told reporters when discussing his teammate being on the floor for that moment. “I mean, I can’t wait to play with Dray again. He makes my life so much easier as far as hunting shots and playing defense. We’ve been at the mountaintop together. We’ve been through some crazy battles. I love Draymond’s competitiveness, and it just felt good to have the almost, nearly full squad again.”

Thompson looked like his old self for stretches in that Cavaliers game and finished with 17 points, three rebounds, one block and one assist in 20 minutes. Two of his points came off a monster dunk that fired up the crowd at the Chase Center.

Tuesday was his second game back, and he posted 14 points, three assists, three rebounds, one steal and one block behind 5-of-13 shooting from the field in 20 minutes during the 116-108 loss.

He is still working his way fully back and isn’t playing significant minutes yet, but there have been enough flashes to suggest he will be ready to dominate like he so often did once the playoffs start.

Having Thompson, Green and Stephen Curry all on the floor at the same time will also help the Warriors compete for a championship, which is something they did while making five straight NBA Finals and winning three titles from 2015 through 2019.

To hear the guard tell it, he can’t wait to be back out there with Green so the trio can go for another Larry O’Brien Trophy.