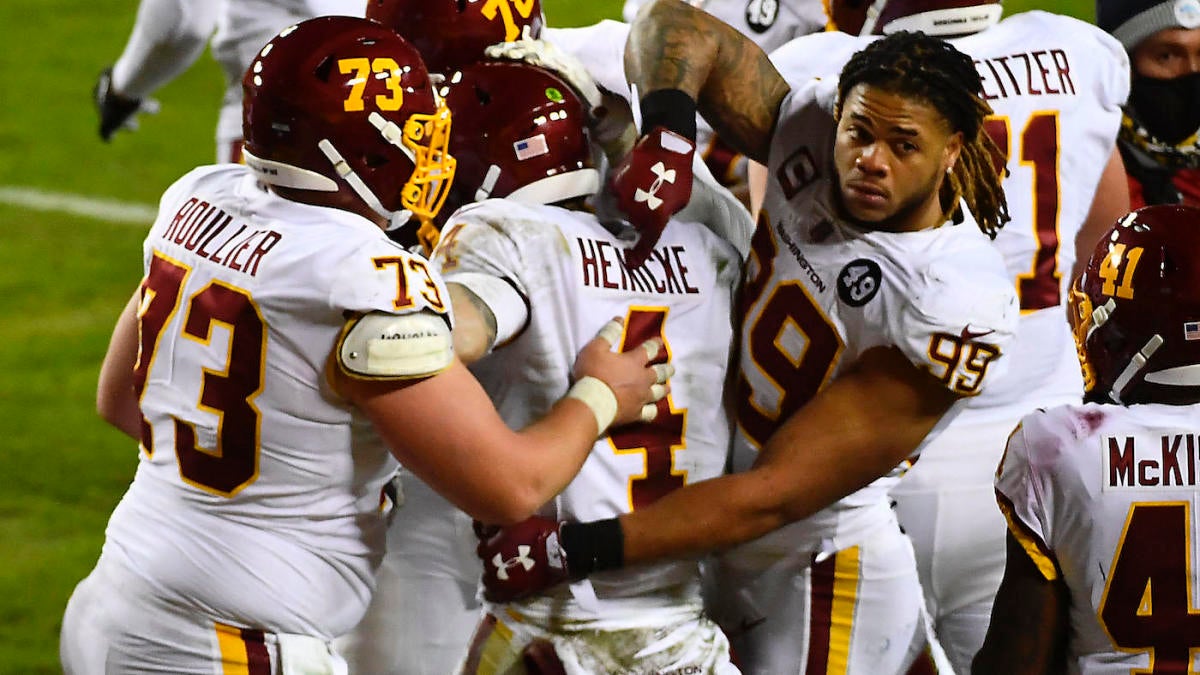 In the third quarter of last year’s wild-card matchup against the Tampa Bay Buccaneers, Washington practice squad quarterback-turned-starter Taylor Heinicke recorded a diving, eight-yard touchdown run to cut the eight-point deficit to just two. Star pass-rusher Chase Young then rushed over and pointed to the back of Heinicke’s jersey for the TV cameras. He wanted you to remember the name.

Fast forward eight months and Heinicke is now QB1 for Washington due to the unfortunate injury Ryan Fitzpatrick suffered in the season opener. When a starting quarterback goes down in Week 1, that’s usually the “all is lost” moment for a franchise. Not for Washington. Ron Rivera and his players have faith in Heinicke, and they don’t anticipate any kind of drop-off with him starting.

“He could start on any other team in the league,” Young told reporters on Tuesday, via Sam Fortier of The Washington Post.

When Heinicke came in on Sunday, he sparked the offense. The former Old Dominion Star completed 11 of 15 passes for 122 yards and a touchdown, and rushed for another 17 yards. In his three career games with Washington, Heinicke has completed 63 percent of his passes for 565 yards and three touchdowns with just one interception.

Heinicke isn’t the quarterback who is going to simply run the offense in hopes that his playmakers will carry him to victory. Like Fitzpatrick, he’s interested in making the big play downfield. He got star receiver Terry McLaurin involved in the second half on Sunday, as they connected four times for 62 yards, and he also found tight end Logan Thomas in the end zone for Washington’s only touchdown in Week 1.

This Washington Football Team supports Heinicke moving forward, and has ever since he took Tom Brady and the Bucs to the brink last year in the playoffs.

“At that position…I don’t think anybody’s really too worried,” Young said, via Washington’s official website. “Taylor can come in and sling it.”