Watch: Charging crocodile is sent fleeing by a frying pan 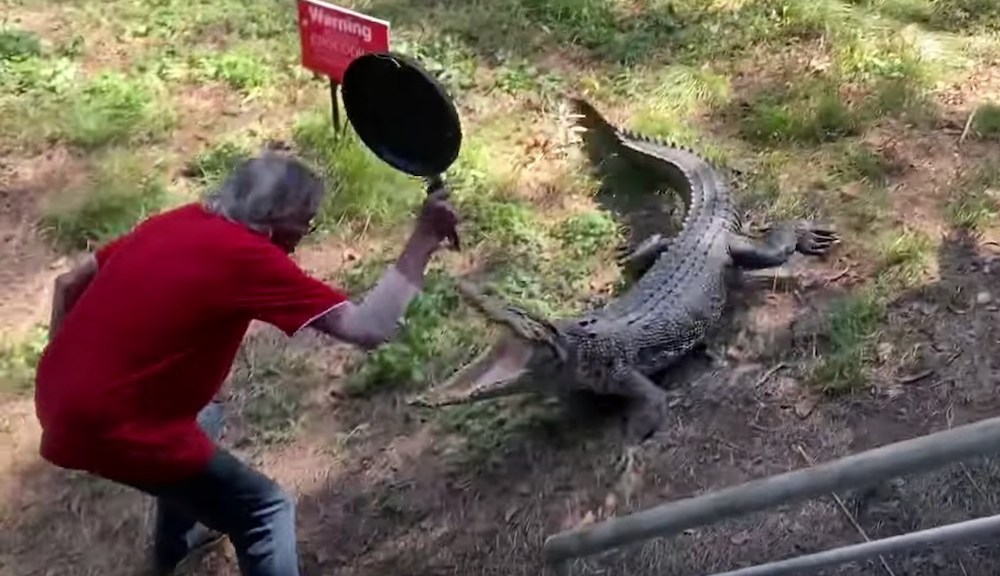 Tourists in Australia were set to depart their lodge in the Northern Territory, but there was one problem: A crocodile blocked their path.

No worries. The lodge owner grabbed a large frying pan, boldly walked down the stairs and confronted the crocodile, which immediately charged the man. It didn’t end well for the crocodile.

The June 17 encounter was captured in video by guest Shane Chambers and was posted online Tuesday.

Chambers explained to Storyful that it was a tense moment between lodge owner Kai Hansen and his pet crocodile named Casey.

Also on FTW Outdoors: Leopard runs out of forest and knocks man off his bike (video)

“We were leaving the island via helicopter and the croc was blocking the path,” Chambers told Storyful. “[The owner] was worried about our safety, so he grabbed the frypan to shoo the croc away.”

A couple of hard bonks on the snout with the frying pan was enough to do the trick.