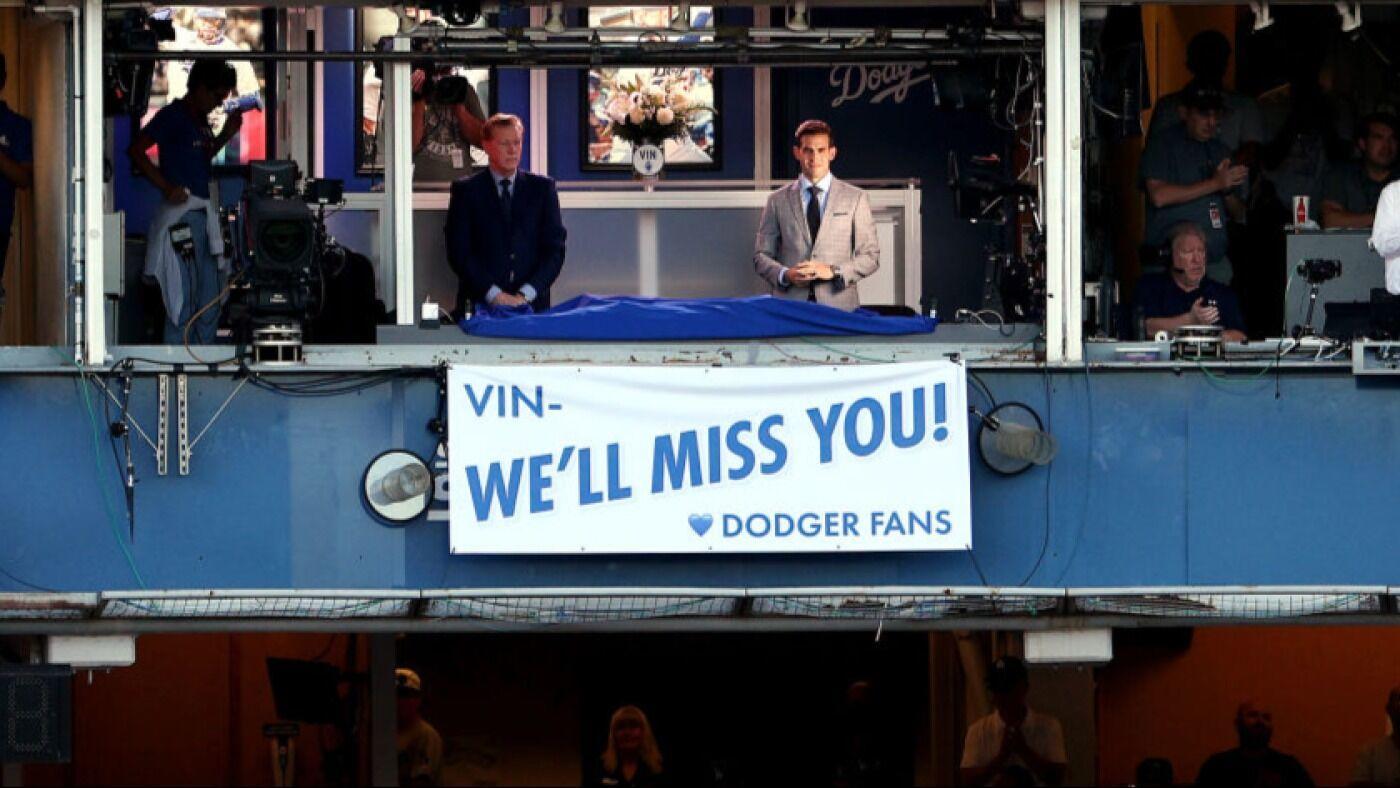 The Dodgers paid tribute to legendary broadcaster Vin Scully, who called Los Angeles’ games for nearly six decades, before Friday’s contest against the Padres. Scully died at age 94 on Wednesday.

Dodgers fans shared a moment of silence to start the tribute to Scully, then a touching video obituary played on the screen. Here’s a look:

Los Angeles played another video montage honoring Scully, this one featuring the song “Over the Rainbow,” then Dodgers announcers Joe Davis and Orel Hershiser unveiled a banner reading “Vin- We’ll miss you!” underneath the broadcasting booth he inhabited for over half a century.

To close the ceremony, Dodgers manager Dave Roberts took the mic and delivered a heartfelt message to Scully.

“This moment right now he really deserved,” Roberts said with his team gathered around in front of the pitcher’s mound. “Vin was a man of character, integrity, class. A true gentleman. And he wasn’t just a Dodger. He loved the game of baseball that we all love and care about.”

Roberts then got the Dodger Stadium crowd of about 50,000 to yell “It’s time for Dodger baseball,” the five words he says will always be linked to Scully.

Scully, the Dodgers’ play-by-play broadcaster from 1950-2016, enjoyed an unforgettable career in Los Angeles and beyond. His many honors include a spot in the Baseball Hall of Fame, the Commissioner’s Historic Achievement Award, a star on the Hollywood Walk of Fame and the Presidential Medal of Freedom.