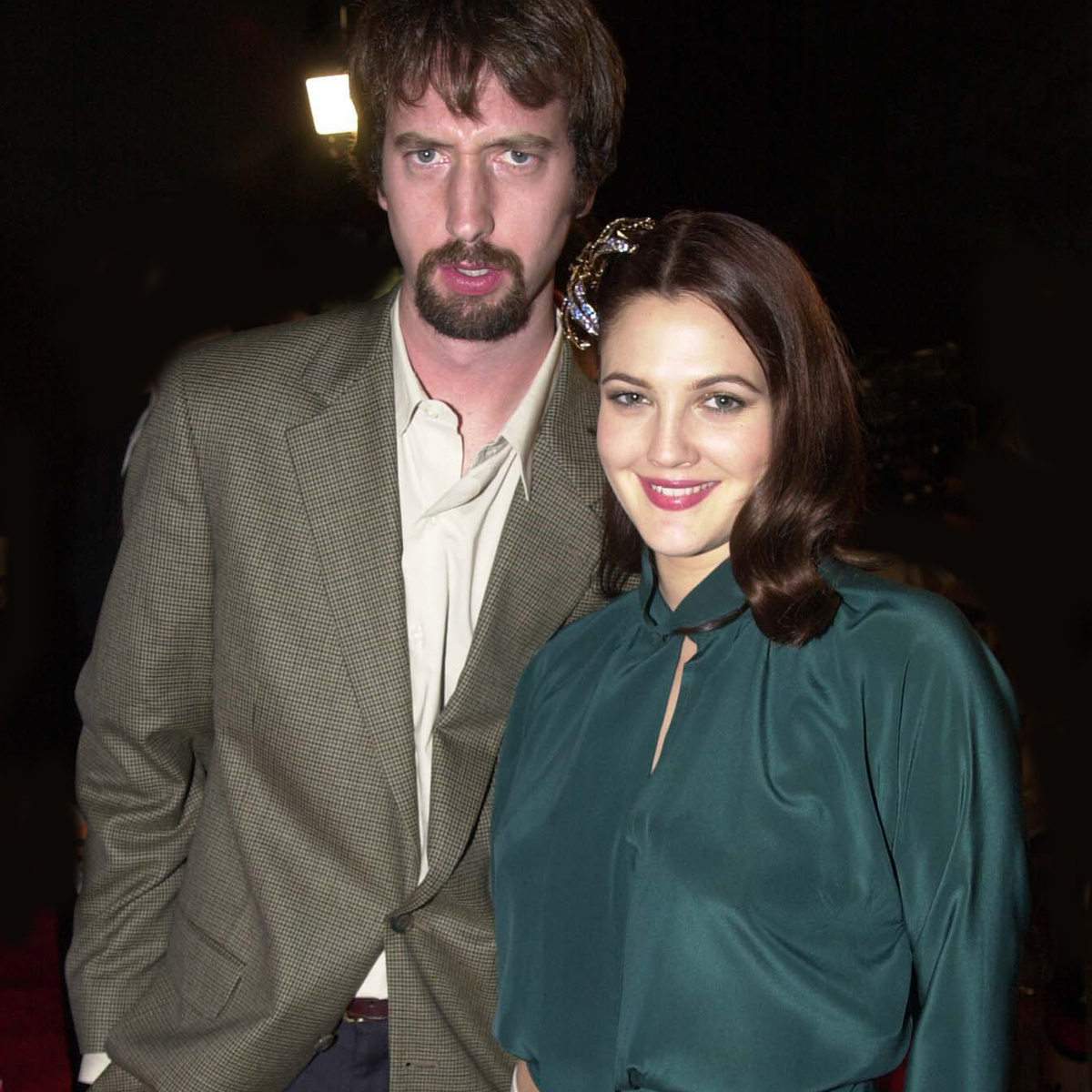 “They didn’t make it forever and ever after, but they’re still friends!”

Drew Barrymore and her ex-husband Tom Green had their first “face-to-face” reunion in almost 20 years on Oct. 26.

The comedian joined Drew on her talk show on Tuesday as a special guest for the Drew’s News segment. After introducing Tom as “someone really close to me,” Drew sat down with Tom and Ross Matthews and talked about Tom’s cross-country road trip in 2020.

During their conversation, Drew and Tom, who were married from July 2001 to October 2002, revealed that they once took a trip to Ireland that involved long hikes, random goats and headstones. Drew noted that it was one of her favorite trips of her life, before Tom spilled the actual reason for their getaway. “It was our honeymoon,” he said.

Drew was touched by the memory adding, “and it was a good one.” The pair’s time at the desk only got sweeter when Ross asked if their reunion was as surreal to them as it was for him.

“I kinda feel like I’m watching this too right now,” Tom joked. “It’s sort of an out-of-body experience. It’s very nice to see you. It does feel weird though. Not weird in a bad way. Weird In a good way… I actually think this is a nice way of reconnecting actually, it takes a little bit of the pressure off.”

Drew replied: “I respect and love you.”

The pair, who co-starred in 2001’s Charlie’s Angels, ended their marriage after Tom filed for divorce. Drew went on to marry Will Kopelman in 2012, and the two have two children together: Olive, 9, and Frankie, 7. Drew and Will divorced in 2016.

As for Tom and Drew, like so many exes and old friends, the two reconnected during the pandemic.

After almost 15 years of not speaking, Tom joined Drew remotely on her talk show in 2020. During their virtual reunion, Drew had nothing but great things to say about the former MTV star. “I really love you and I celebrate you,” she told Tom. “You’ve had a whole life and I’ve had a whole life. It’s just really nice to come together and check in and talk about it, it just thrills me to no end. I celebrate you and I always have, and I always will.”