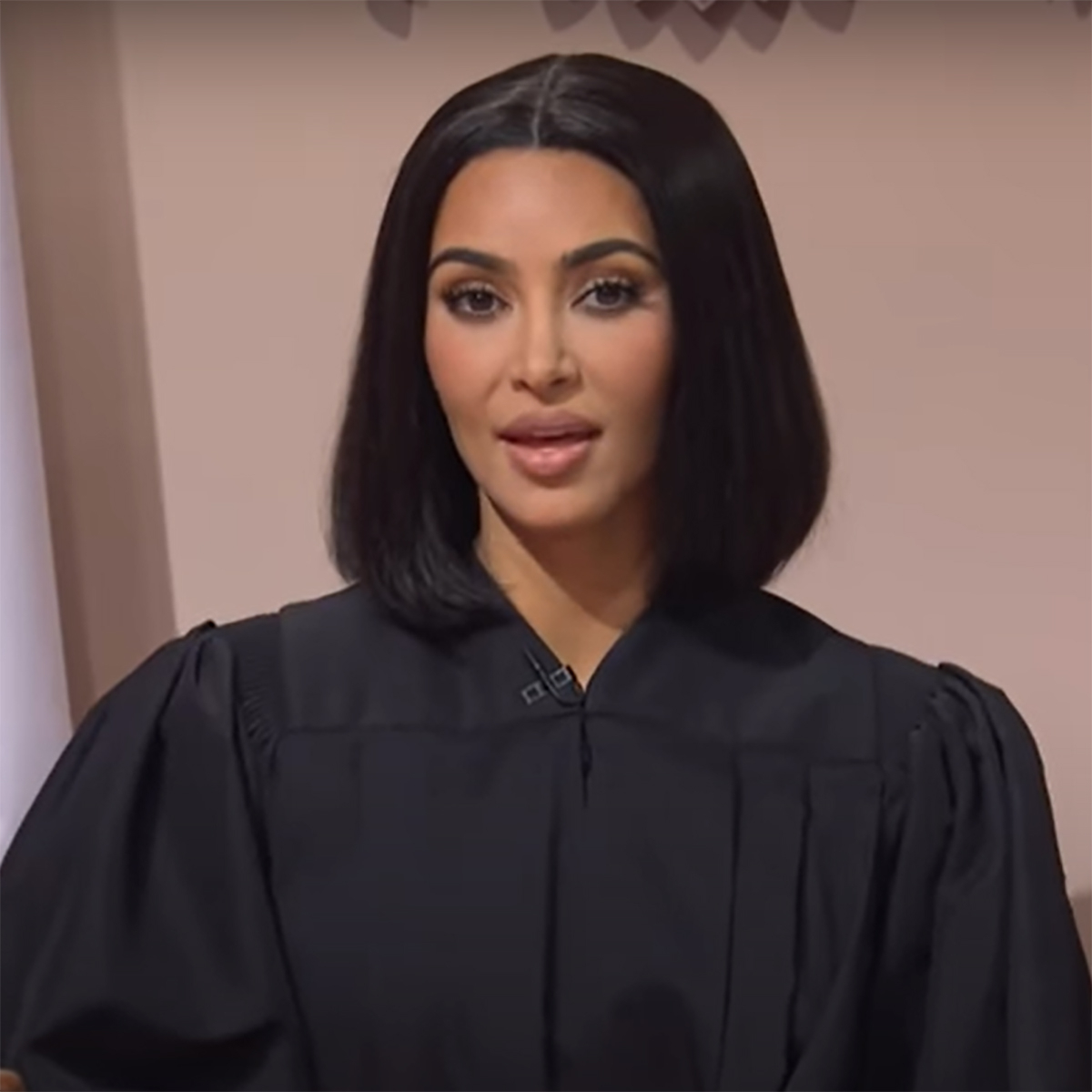 Order in the Kourtney!

During her Saturday Night Live hosting debut, Kim Kardashian parodied her sister Kourtney Kardashian, playing her as a TV judge in a sketch titled The People’s Kourt. And who else should make an appearance? Kourt’s boyfriend Travis Barker, of course, played by SNL cast member Mikey Day.

“Travis, baby, I have to do my show,” Kim-as-Kourtney said, cozying up to him on the bench. He replied, “I can’t help it, Your Honor.” The two later threw in some more “baby’s” for good measure.

Kourtney appeared to be thoroughly amused by the sketch, posting on her Instagram Story, “ORDER IN THE KOURTNEY” and adding three laughing emojis.”

Also featured in the sketch: Surprise appearances from Kim and Kourtney’s sister Khloe Kardashian and mom Kris Jenner, who played themselves. SNL cast member Melissa Villaseñor and the episode’s musical guest, Halsey, portrayed Kylie Jenner, who is pregnant with her second child, and Kendall Jenner, respectively.

“I’m suing Kylie because she hasn’t had her baby yet,” Kris joked. “We have a whole marking PR plan and she’s costing us money.”

“Keep in mind this is coming from Kanye,” Redd said, “but ya’ll weird.”

Also during the episode, Pete and Kim appeared together in an Aladdin parody sketch, during which they showed some PDA for their own.