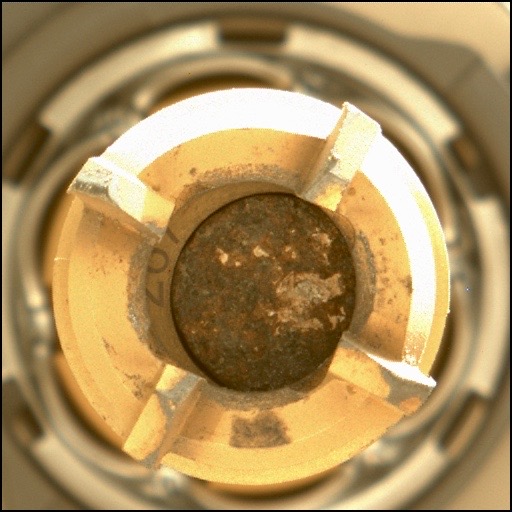 NASA will hold a news conference on Friday (Sept. 10) to provide an update on its Mars rover Perseverance, which has now successfully collected two samples of Martian rock.

Perseverance, which arrived on Mars in February, collected its second sample of the Red Planet on Wednesday (Sept. 8) after drilling into a rock dubbed “Rochette.” The second sample came just four days after Perseverance snagged its first sample, which came from the same rock.

NASA officials discuss the samples in a news conference beginning at 12 p.m. EDT (1600 GMT), and you can watch it live in the window above, courtesy of NASA.

NASA will hold a virtual media briefing Friday, Sept. 10, at noon EDT to provide an update on the agency’s Perseverance Mars rover, which recently completed its first successful rock sampling.

The event will be livestreamed on NASA Television, the NASA app, the agency’s website, and multiple agency social media platforms.

The briefing will also discuss what the rover’s instruments have learned about the rock from which the sample was taken, and implications for a future sample retrieval mission. Through the Mars Sample Return campaign, NASA and ESA (European Space Agency) are planning a series of future missions to return the rover’s sample tubes to Earth for closer study.

To participate in the briefing by telephone, reporters must provide their name and affiliation by 10 a.m. EDT on Friday, Sept. 10, to Rexana Vizza at rexana.v.vizza@jpl.nasa.gov.

Members of the media and the public may also ask questions on social media during the briefing using #AskNASA.

Perseverance landed in Jezero Crater Feb. 18, and the rover team kicked off the science phase of its mission June 1. The rover made a first attempt to collect a sample in early August, but the rock crumbled during the process of drilling and coring.

For its second attempt, the rover drove to a different location where the team selected a rock that the Perseverance team nicknamed “Rochette.” The sample collection process began Sept. 1, and Rochette held up better.

Over the past week, scientists have been using Perseverance’s instruments to analyze the rock from which the sample was taken. The sample itself would be examined back on Earth in ways that are not possible on the Martian surface, including with instruments far too large to take to Mars.

Subsequent NASA missions, in cooperation with ESA, would send spacecraft to Mars to collect Perseverance’s sealed samples from the surface and bring them to Earth for in-depth analysis.

A key objective for Perseverance’s mission on Mars is astrobiology, including the search for signs of ancient microbial life. The rover will characterize the planet’s geology and past climate, pave the way for human exploration of the Red Planet, and collect and cache the first samples of Martian rock and regolith.

The Mars 2020 Perseverance mission is part of NASA’s Moon to Mars exploration approach, which includes Artemis missions to the Moon that will help prepare for human exploration of the Red Planet.

JPL leads the Perseverance mission and is managed for NASA by Caltech in Pasadena, California.