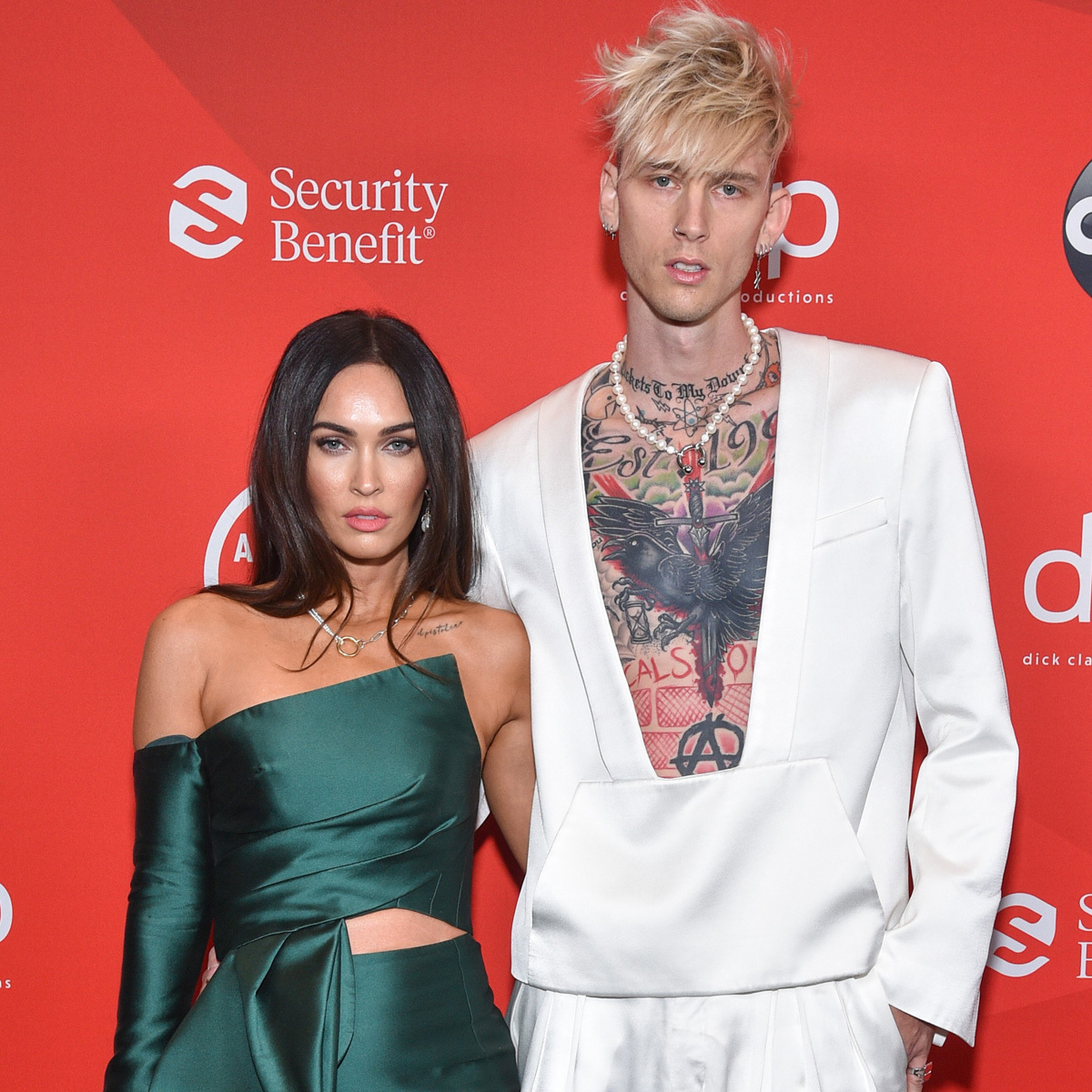 Some things are not meant to be shared.

For the game, the actress and the artist, who recently covered British GQ Style‘s autumn/winter issue, took turns answering questions about each other. However, they remained tight-lipped on some of the responses. After Megan asked MGK about her favorite way to decompress, for instance, the “Bloody Valentine” star replied with a question of his own.

“Do you want to tell them what the doctor said?” Machine Gun Kelly asked before Megan insisted, “We cannot say that on camera.”

And just when it looked like the musician was going to spill the beans, the footage cut out.

Machine Gun Kelly—a.k.a. Colson Baker—then aced this portion of the quiz by listing off drinking tea, having a foot massage, watching a show together and having a good cry. Still, the two teased viewers by revisiting the question at the end of the video.

“Do you want to tell the people what the doctor said?” Megan inquired. Machine Gun Kelly then began, “Look, the doctor said, every day Megan has to…” However, she quickly cut him off and the two shared a laugh.

Earlier in the video, Megan asked Machine Gun Kelly to list one of her hidden talents, leading him to raise his eyebrows.

“No, Buddha don’t you dare,” she said, calling him by a nickname. “Don’t you dare. Only PG-rated answers.”

Machine Gun Kelly then praised Fox for her intelligence. “If you were my Jeopardy! partner you would honestly win every single category,” he said. “You are an almanac, and encyclopedia and dictionary all in one.”

While Fox and Machine Gun Kelly didn’t reveal every answer, they did divulge several fun facts. Megan shared her biggest pet peeve (the sound of chewing), her favorite movie (Harry Potter and the Prisoner of Azkaban) and the film she’s most proud of (Jennifer’s Body). Machine Gun Kelly also revealed where he had his first job (a grocery store) and his favorite comic book character (Lucifer). They also discussed their many tattoos and provided details of their first date, a Topanga Canyon picnic full of sushi and roses.

“Our first date we breathed each other. That’s what we did,” Machine Gun Kelly recalled. “And then our second date…”

Watch the video to see them take the quiz.