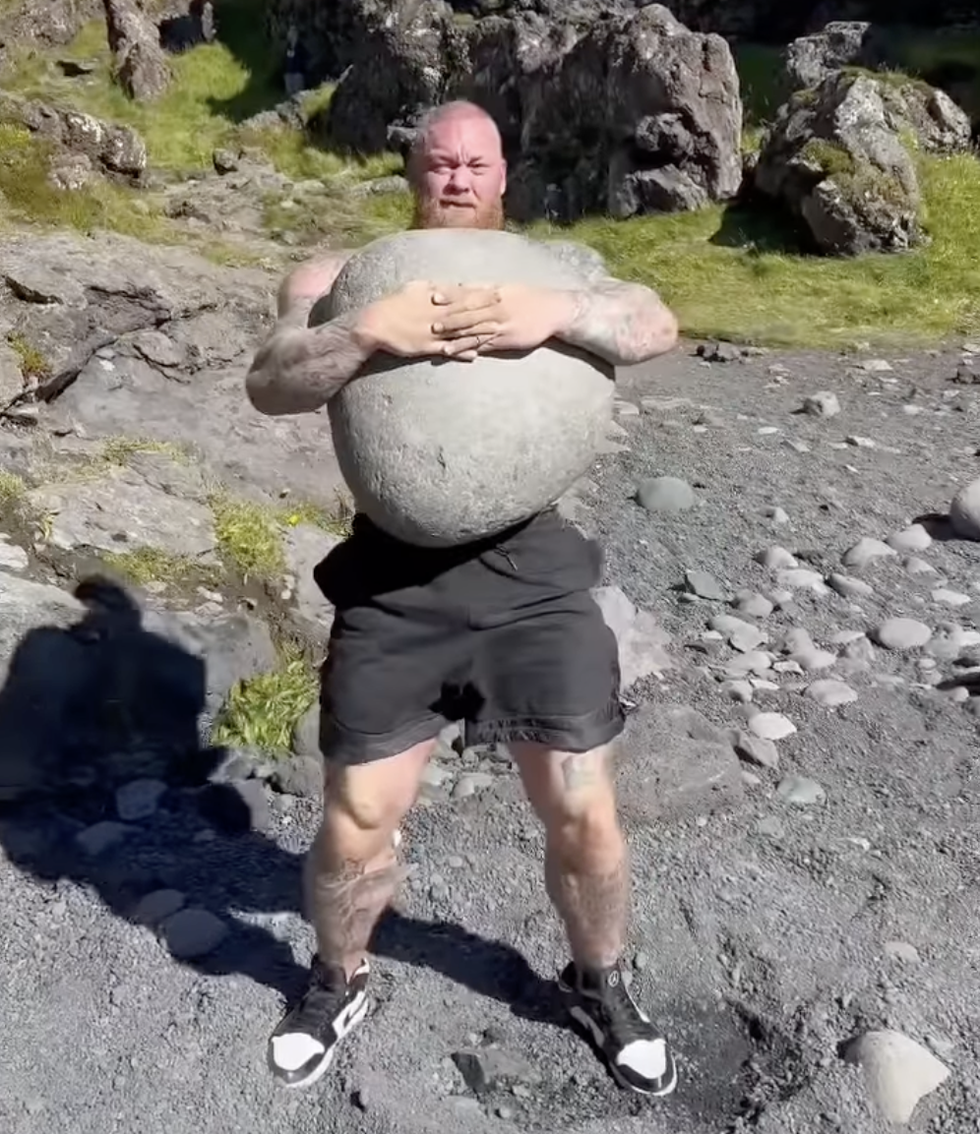 Hafthor “Thor” Bjornsson might have lost over 100 pounds while leaning down in his mission to become a pro boxer, but the former World’s Strongest Man is still capable of incredible feats of strength. In a new clip on his YouTube channel, Bjornsson (who retired from the competitive strongman world after his tenth consecutive victory at Iceland’s Strongest Man in 2020) can be seen taking part in the “Fullsterkur” ritual.

Fullsterker translates literally to “full strength,” and refers to the heaviest boulders in Iceland. In a historical context, men vying to earn a place on fishing boats would lift these stones in order to prove their ability to lift the ships’ heavy oars. Bjornsson, who succeeds in lifting the boulder in the video above, was featured in a 2018 documentary—also entitled Fullsterkur—on the subject.

These days, it’s pretty common for strongmen to show off their raw power in the Atlas stone event—but a more accessible version of this primal stone-shifting ritual can be found in most gyms.

“Vikings lifted stones to test overall strength, and a modern analogous movement would be the deadlift,” says Omar Isuf, host of the History Channel’s Ancient Workouts webseries. “It’s just a fantastic test of overall strength, it doesn’t really matter what your goal is, most people would benefit from doing the deadlift. It involves your posterior chain, so your glutes, your hamstrings, your spinal erectors, your lower back, as well as your upper back musculature, so things like your traps and grip strength.”