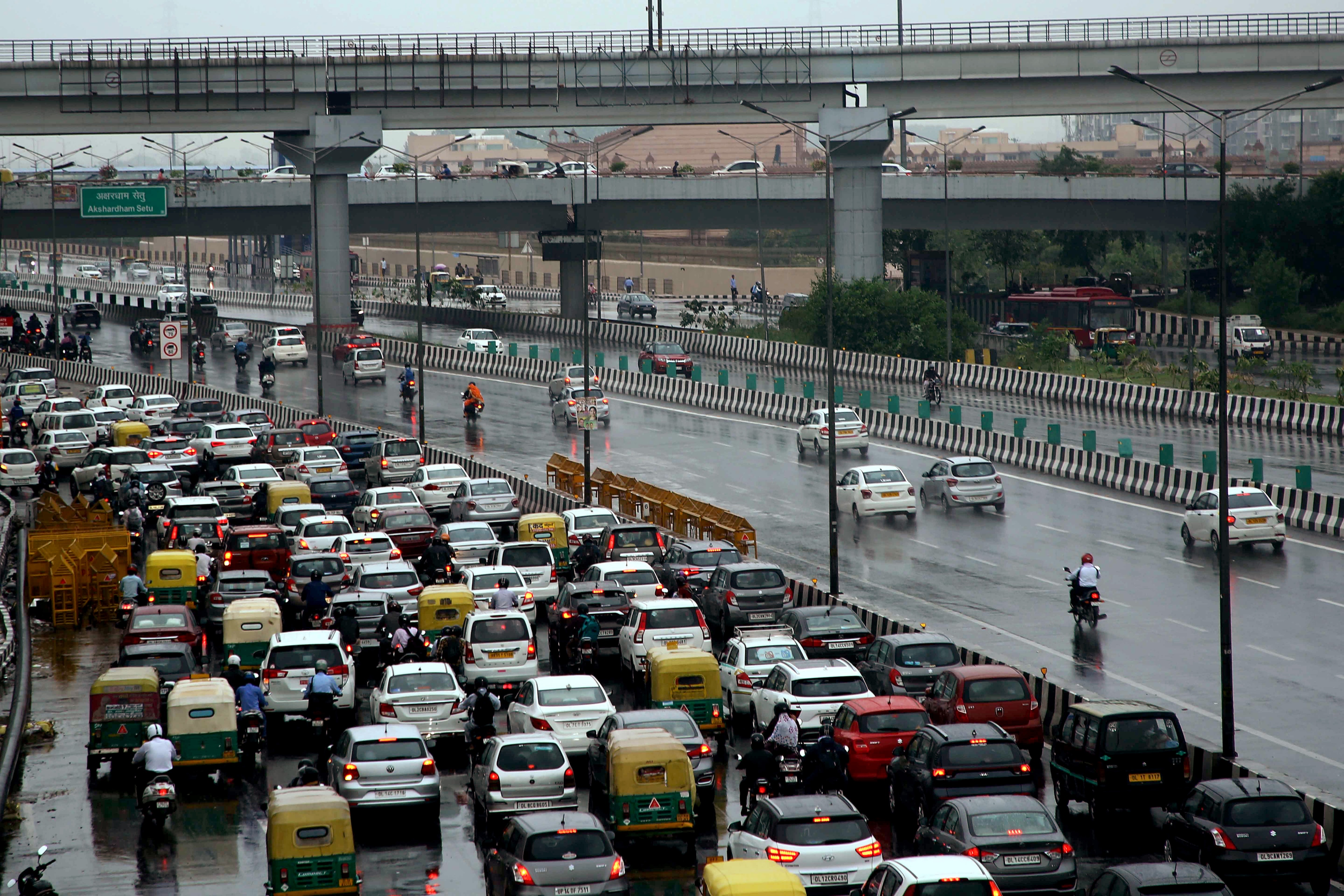 Incessant rainfall in the city on Monday morning led to waterlogging and traffic snarls on several road stretches, including ITO, Ring Road and Mathura Road

Incessant rainfall in the city on Monday morning led to waterlogging and traffic snarls on several road stretches, including ITO, Ring Road and Mathura Road, while a person drowned in a waterlogged rail underpass in Pul Prahladpur while clicking selfies.

The 27-year-old victim, Ravi Chautala, had gone in the flooded underpass apparently to film it and click selfies when he drowned, local people told police.

Traffic police officials said the vehicular movement on the Pul Prahladpur stretch in southeast Delhi was shut due to the waterlogging in the underpass.

Nineteen incidents of tree uprooting and six cases of wall collapse were reported in the area under SDMC jurisdiction.

As per data from the North MCD, only seven complaints of waterlogging were recorded till Monday afternoon.

Not just road stretches, many low-lying areas, including colonies and markets, were inundated as well on Monday.

These include the Najafgarh main market, Narela DSIIDC market, Mundka industrial area, Dwarka, some parts of Sadar Bazar and Kamla Nagar markets, Sangam Vihar and Som Vihar among others.

In some of those videos, people can be seen wading through knee-deep water in Najafgarh and Narela markets.

The waterlogging led to heavy traffic snarls at many stretches in the city.

Commuters faced difficulties on their way to work due to these traffic snarls.

Mohit Tomar, who works in the income tax department, said it took him over one and a half hours to cross ITO.

“I reached ITO around 10.15 am from my home in Dilshad Colony and got stuck there for almost one and a half hours. Generally, the stretch takes around 10 minutes, but today, the traffic was heavy. I somehow managed to reach my office around 12.20 pm,” he said.

Another commuter, Sunil Yadav, a legal officer at a private bank, said his commute to office usually takes 45 minutes but on Monday it took nearly one and a half hours.

“The major traffic was at Apsara border, Welcome and Seelampur flyovers,” he added.

Another tweet from the official handle of Delhi Traffic Police said, “Water logging has been reported at Ramdev chowk in Narela. Pl avoid Ramdev chowk.”

“Our field staff along with senior engineers are on the ground. Water is being removed from streets,” an official said.

The city registered 70 mm rainfall in the last 24 hours as the India Meteorological Department (IMD) forecast “light to moderate intensity rain” over Delhi and NCR during the day.

The weather department issued an advisory suggesting “slippery roads and traffic disruption” due to thunderstorms and rain.