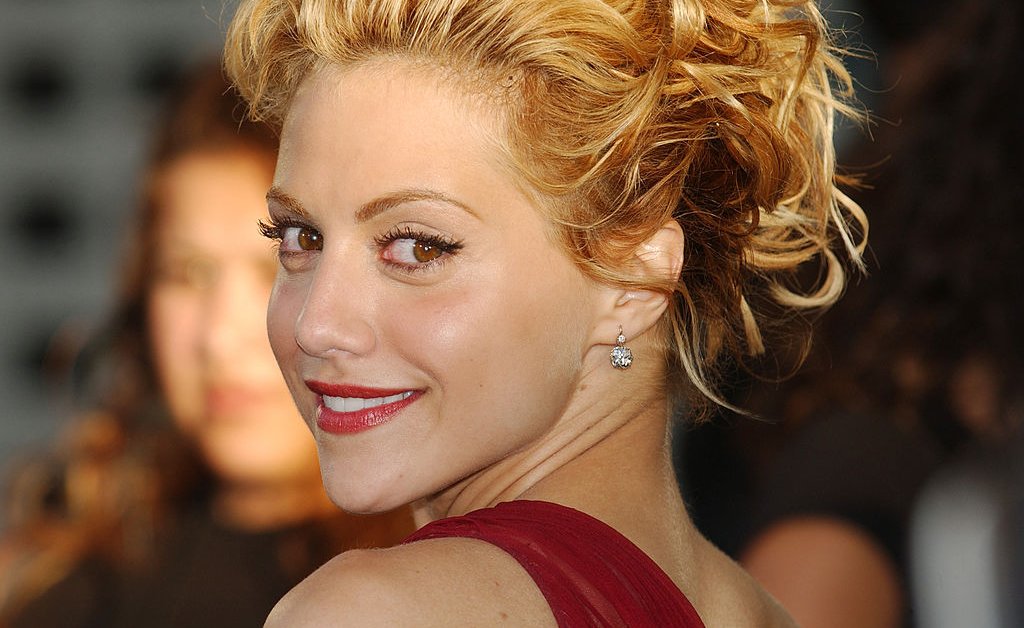 Slowly but surely, we’re looking back at the tragic it girls of the aughts and finding out how little we actually knew—or, sadly, cared—about the people they were. Paris Hilton came forward, in last year’s film This Is Paris, with allegations that she was abused as a teenager at a series of residential reform schools—and explained that her airhead-heiress persona was an act devised to achieve financial independence from her family. A devastating court statement and a raft of investigative documentaries have revealed the extent to which Britney Spears has, by many accounts, lived like a prisoner since 2008. Now, the reckoning has expanded to encompass a misunderstood actor who didn’t live to tell her own tale: Brittany Murphy.

What Happened, Brittany Murphy?, which will arrive on HBO Max on Oct. 14, feels a bit tawdry. Directed by Cynthia Hill (Private Violence), the docuseries, such as it is, consists of two hour-long episodes bridged by a flashy cliffhanger; it could easily have been a feature, but you can’t binge one of those. Unlike This Is Paris or FX and the New York Times’ pair of Spears docs, its balance between respectful reevaluation of its subject and true-crime salaciousness tilts conspicuously toward the latter. When it comes to new insight, What Happened has much more to offer into Murphy’s nightmare husband, Simon Monjack, than into the actor herself. But, taken together with everything we’ve learned about the other Britney these past several months, it does raise some questions about the lifelong perils of child stardom for women in particular.

For those who were too young or too checked out of celebrity culture (lucky you) at the time, Brittany Murphy, who died under mysterious circumstances at just 32 years old, in December 2009, was once among the most endearing young stars in Hollywood. A bubbly New Jersey theater kid raised by a supportive single mom, Sharon Murphy, she was booking commercials and TV appearances by middle school. At 17, she made her film debut as Clueless’ wide-eyed transfer student Tai, memorably wringing every ounce of humor out of the 1995 teen classic’s immoral burn “you’re a virgin who can’t drive.” (“The way she delivers it just gives you chills,” says Clueless director Amy Heckerling in What Happened.) A series of diverse, well-received performances followed, in top-tier movies including Girl, Interrupted (1999) and 8 Mile (2002).

Hill pegs Just Married, a 2003 rom-com in which Murphy starred with her then-boyfriend Ashton Kutcher, as both the peak of her mainstream fame and the beginning of her downfall. A few years earlier, despite being thin by any rational metric and after losing a role amid feedback that she was “cute but not f-ckable,” she had lost a significant amount of weight. Add to that a public breakup with Kutcher—one that sounds ugly but about which, curiously, celebrity interviewees like Murphy’s King of the Hill castmate Kathy Najimy don’t seem to want to say much—and Murphy was in the tabloid-media crosshairs. Accusations of anorexia and drug addiction flew, as well as some slut-shaming for good measure. Cue repentant aughts-era gossip blogger Perez Hilton, now a fixture of docs like this one, to offer some self-flagellation over his old habit of scrawling mean phrases on photos of Murphy in MS Paint.

After years of merciless public scrutiny, Murphy met and married Monjack, a screenwriter of little renown. Friends and colleagues repeatedly describe him as controlling. There is talk of his obsession with skeletally skinny women, alleged penchant for doing BDSM-tinged photo shoots with the actor and micromanagement of her appearance; one makeup artist incredulously recounts his insistence on doing her makeup for a role himself. Najimy suspects that he took her phone and kept her away from other modes of communication, because she eventually became fully unreachable—shades of Jamie Spears. Monjack grew so creepily close to Sharon Murphy, who remained a fixture in her daughter’s life, that some suspected, as they tearfully made the media rounds together following Brittany’s death, that they were more than just in-laws. And in the big investigative coup of What Happened, Hill interviews Monjack’s mother and brother, as well as the mother of one his two children (neither of which Murphy seems to have known about).

The revelations about his deceptions are juicy if you’re into scammer stories in the vein of Love Fraud, but Monjack mostly comes off as a garden-variety true-crime psycho who lucked into marrying a movie star. Though Hill revisits several rumors and alternate theories about why Murphy died, including the possibility that she was poisoned, getting to know Monjack doesn’t ultimately change what’s on her death certificate: severe pneumonia, with anemia plus prescription and OTC drugs as contributing factors. It’s also impossible for the filmmaker to confront him or advance a criminal case about his treatment of Murphy and many other people in his life because he died five months after his wife, under weirdly similar circumstances.

Which is only one reason why Monjack’s deceptions turn out to be less compelling than the question of why a person of Murphy’s fame and success could so quickly fall under his sway. For me, the key moment in What’s Happening comes about 20 minutes into the first episode, when Heckerling and others are describing the strange, isolated lives of child actors, for whom an education so often consists of a pile of textbooks skimmed during breaks from work, rather than a classroom full of kids their own age. “You don’t become as aware of people and what they can do—and the petty stuff that people can do, or lies,” Chris Snyder, Murphy’s first agent, reflects. “All that little stuff that you work out in junior high and high school. So that you kind of get caught into this vacuum of not knowing who a good person is and who a bad person is.”

It’s impossible to hear this without making a connection to Spears—who also rose to fame in her mid-teens and who has also been described, like Murphy, as an extraordinarily sweet, open and trusting person. I also thought of Soleil Moon Frye, the Punky Brewster star whose bittersweet Hulu doc kid 90 collects footage from her teenage years, when she underwent breast reduction surgery after earning the cruel nickname “Punky Boobster” and, later, was raped before consensually losing her virginity. It isn’t news that child stars can have difficult transitions to adulthood, with tragic outcomes ranging from substance abuse to suicide, but maybe, even after #MeToo, we haven’t talked enough about the gendered perils of early fame.

Women who grew up in the public eye, like Natalie Portman, Mara Wilson and Raven Symone, have described feeling insecure in their bodies and uncomfortable about their sexuality as a result of receiving so much harsh, judgmental feedback, from the industry as well as the media, about their appearances as kids. Although different people can react differently to the same experiences, it seems likely that such heightened sensitivity to criticism, combined with the loneliness of child stardom, could shape a fragile teenager into an adult who is intensely vulnerable to gaslighting. When your image is simultaneously so public and so far outside your control, what a relief it might be when a forceful, self-assured man comes along to relieve you of the burden of making your own decisions and interacting with the world.

To Hill’s credit, she includes enough serious, observant conversations about Murphy’s work and talents that the series doesn’t register as schlock, exactly. But the emphasis on Monjack, and the suspense with which his backstory is teased, undermines any attempt at high-mindedness. Other weird choices, like the frequent montages of armchair detectives on YouTube puzzling out Murphy’s case while also performing makeup tutorials, suggest a desire to pad out the material to fill two hours. I wish that space had, instead, been used to expand the series’ consideration of why so many young, famous women have found themselves in situations similar to the one surrounding Murphy’s death. As is, What’s Happening, Brittany Murphy? feels like an episode of Inside Edition smoothed out to become a prestige mini-binge. The line between vindicating an unfairly maligned person and continuing to posthumously exploit her has rarely been so thin.

Contact us at What Happened, Brittany Murphy?, Britney Spears and the Gendered Perils of Child Stardom&body=https%3A%2F%2Ftime.com%2F6105626%2Fwhat-happened-brittany-murphy-review%2F” rel=”noopener noreferrer” target=”_self”>letters@time.com.