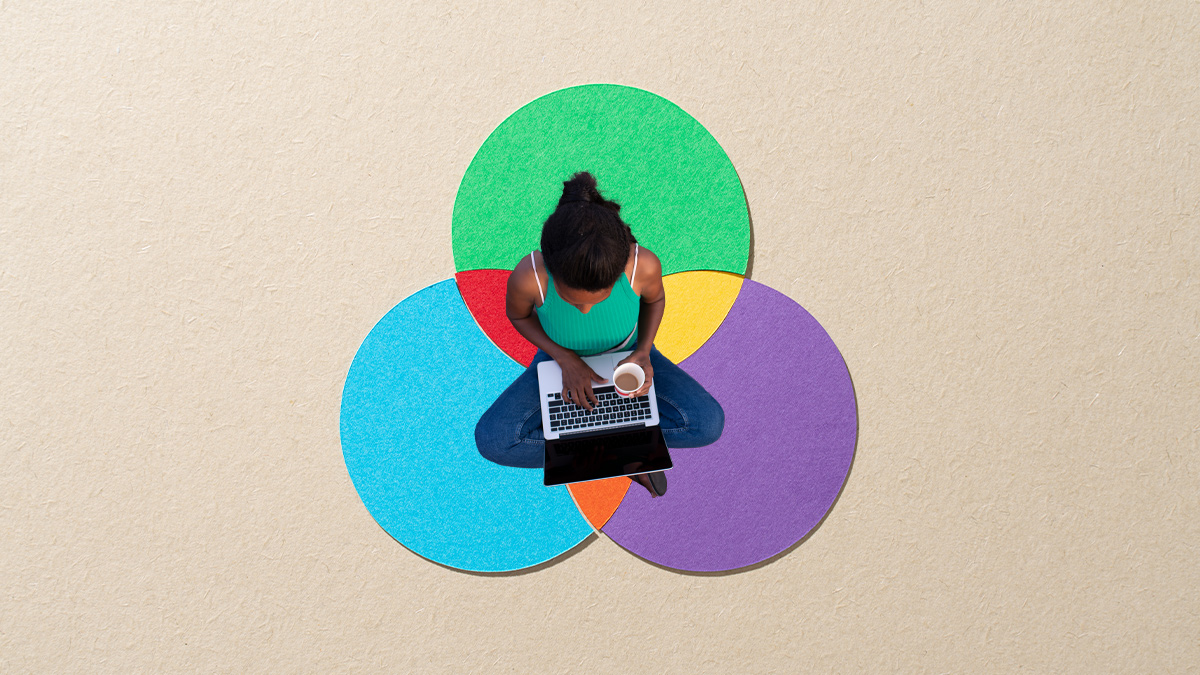 In the wake of George Floyd’s murder, corporate interest in DEI is higher than ever. But has this increased attention racial justice and inequity led to real, meaningful change? The authors conducted interviews with more than 40 CDOs before and after summer 2020 and identified four major shifts in how these leaders perceived their companies’ engagement with DEI: First, the CDOs confirmed that interest in DEI surged post-summer-2020. Second, the CDOs shared that they were increasingly expressing their personal values, rather than always resorting to the “business case” for diversity. Next, they shared that while their organizations had made a lot of promises, leadership often failed to live up to those commitments, and that a lack of strategic commitment and accountability stymied real progress. Finally, as a result of this and other challenges, they found that CDOs were more exhausted than ever. To address these issues, the authors argue that organizations must empower CDOs to drive long-term change not only by offering words of support, but by investing substantial time and resources into DEI, ensuring leaders across the organization are aligned and held accountable for DEI goals, and helping DEI professionals cope with the intense fatigue and burnout that often comes with the job.

While the battle against bias, discrimination, and exclusion has been raging for decades, the murder of George Floyd in the summer of 2020 elevated global consciousness around DEI to new heights. In the corporate world, employees and customers alike demanded that companies make a greater commitment to racial justice, and leaders accelerated their efforts to address workplace inequities in response. DEI budgets skyrocketed, and indeed, as DEI researchers and a seasoned DEI executive, we witnessed growing interest in addressing these issues firsthand. But has this increased attention translated into real, on-the-ground progress?

To explore the impact of George Floyd’s murder and the #BlackLivesMatter movement on corporate DEI efforts in the U.S., we analyzed data from two waves of interviews we conducted with more than 40 Chief Diversity Officers (CDOs) in 2019 and 2021. Our interviewees had an average of nine years of experience in DEI leadership roles (ranging from one to 30 years at the time of their first interview), and they worked for American companies across a wide variety of industries (ranging in size from 250 to 400,000 employees). Through this analysis, we identified four major shifts in how CDOs perceived their companies’ engagement with DEI. And unfortunately, while some of these shifts appear promising, we found that overall, the CDOs we spoke with felt that attempts to combat racial injustice had largely been performative, and had not fostered long-term organizational change.

Below, we’ve outlined these four trends, highlighting both the genuine progress that’s been made and the substantial room for improvement that remains.

After Summer 2020, Interest in DEI Surged

The CDOs in our study consistently reported that their organizations began viewing DEI as much more important after the summer of 2020. Before summer 2020, most CDOs felt that senior leaders and other key stakeholders such as board members and investors were somewhat interested in DEI, but their support was often minimal. While the CDOs felt leaders supported DEI efforts in principle, they often noted that verbal support did not always equate to resources or direct engagement from top leadership. As one participant shared in 2019, “I get pushback in terms of not getting the leader support that I need. We have some required D&I trainings, but I got some pushback from one particular leader saying…‘It’s not the right timing’.”

But after summer 2020, the CDOs told us that their roles seemed to have become vitally important to their organizations. They reported that senior leaders saw their work as more pivotal to their companies’ success than they had in the past, that more attention and urgency were being given to DEI issues, and, for the first time, their direct input on racial injustice was sought out and valued. In 2021, a participant noted, “I think with the things that are happening in society, DEI has gotten a lot more attention. Managers, leaders, organizations have realized that they have not been prepared to really address some of the societal issues and that the DEI profession can do that.”

CDOs also reported a significant change in their own approach to talking about DEI within their organizations. Before the summer of 2020, when communicating with people across their organizations about why DEI mattered, most CDOs focused on the business case for investing in these initiatives (i.e., the argument that pursuing DEI goals would benefit their companies’ bottom lines). They described how they might complement the business case with a more values-driven argument (i.e., investing in DEI is the right thing to do), but that when it came to instigating change, they felt that the business case was more effective.

Conversely, post-summer-2020, many CDOs began to adopt a different mindset. As they reevaluated their personal and professional values and confronted the reality of their organizations’ actions (and inactions), they often decided to speak more openly about why racial justice was important to them personally. They began to deemphasize the business case and focus more on the moral reasons for pursuing DEI initiatives, describing how even if they still couldn’t always perfectly align their outward statements with their personal values, it was a relief to be able to speak more authentically. “I think it was a little bit of a gut check year for me,” one participant shared, “and I think I am speaking more candidly and directly about race and racism and privilege and some other things than I had in the past.”

Much Was Promised — But Little Was Delivered

That said, while the summer of 2020 saw demand for CDOs’ experience and expertise dramatically increase, this growing interest was not generally accompanied by the resources needed to perform all this additional work. CDOs were told to do more, to speak out more boldly. DEI initiatives became more centrally embedded in their organizations’ stated missions and strategies. But at the same time, CDOs reported that leadership lacked true strategic commitment and accountability, stymying real progress.

Without systems to hold leaders accountable, CDOs expressed increased concern that their organizations’ vocal promises for achieving racial justice were failing to drive meaningful change. As one participant lamented, “I think everyone wants to sit down and talk about great ideas, and, ‘Wouldn’t it be cool if…?’ That’s my favorite thing to say: ‘How long are we going to stay in the ‘Wouldn’t it be cool if…?’ phase of this project?’ We are the ones that actually control the ‘if.’”

As a result of these and other issues, the DEI work that had always been challenging became increasingly fatiguing for many CDOs. Before summer 2020, the CDOs shared how repeatedly convincing others of the value of DEI, educating leaders about how to enact DEI strategy themselves, meeting people where they were in their own understanding of DEI issues, and attempting to execute full-scale initiatives was no small task — but this work became downright exhausting after 2020.

For many CDOs, the murders of George Floyd, Breonna Taylor, Ahmaud Arbery, and countless others were not only terrible news headlines — they were vivid triggers of their own experiences with racial trauma. As such, the day-to-day balancing act of carrying out their professional responsibilities while authentically connecting with others and embracing their personal identities was especially difficult. Moreover, as mounting expectations of CDOs and outward promises failed to be met with real internal accountability or strategic commitments, many CDOs ended up taking on this difficult, emotional work all by themselves, further taxing these leaders.

For example, one participant explained, “I had taken on additional responsibility in addition to trying to deal with the [social] unrest and Covid-19. I didn’t realize how mentally exhausted I was until someone asked me how I was doing. They said, ‘No. How are you really doing?’ It was at that moment I took a deep breath and I said, ‘You know what? I’m mentally exhausted. I’m tired of talking about — I’m tired of seeing Black people disproportionately killed by police. I’m tired of hearing all the Trump rhetoric.’ It just seems like, instead of things getting better, they were getting worse.”

What Organizations Can Do to (Really) Support CDOs

Despite the ongoing challenges, the CDOs we spoke with remained optimistic. They expressed hope for the future and an unwavering resolve to drive change, both within their organizations and in society at large. At the same time, they were deeply concerned about their organizations’ short-term, reactive approaches, and the messages that many of their companies’ shortsighted actions might be inadvertently sending to those directly impacted by inequity, inequality, and exclusion.

To address these shortcomings, organizations must empower CDOs to drive long-term change by investing substantial time and resources into DEI. In addition, leaders need to be held accountable for aligning their overall business strategies with the guidelines they give their DEI teams. To set up DEI initiatives for success, it’s critical for executives from every function to work together with CDOs to craft strategies that link organizational success metrics with DEI goals. This also means integrating DEI efforts with other corporate initiatives related to environmental and social impact. For example, when Detroit Energy announced a transition from fossil fuels to clean and renewable energy, the company pledged to do so without laying anyone off (even though green energy often requires fewer workers) and proactively recruited from underrepresented communities. And finally, to attract and retain top talent for these critical (and exhausting) roles, organizations must prioritize helping DEI leaders cope with the personal and professional burnout that can often come with the job.

When it comes to DEI, there are no shortcuts or easy answers. But with the right systems and priorities in place, CDOs can be empowered to collaborate transparently across their organizations, communicate authentically with their teams, and drive real progress in the ongoing battle for equity and inclusion.