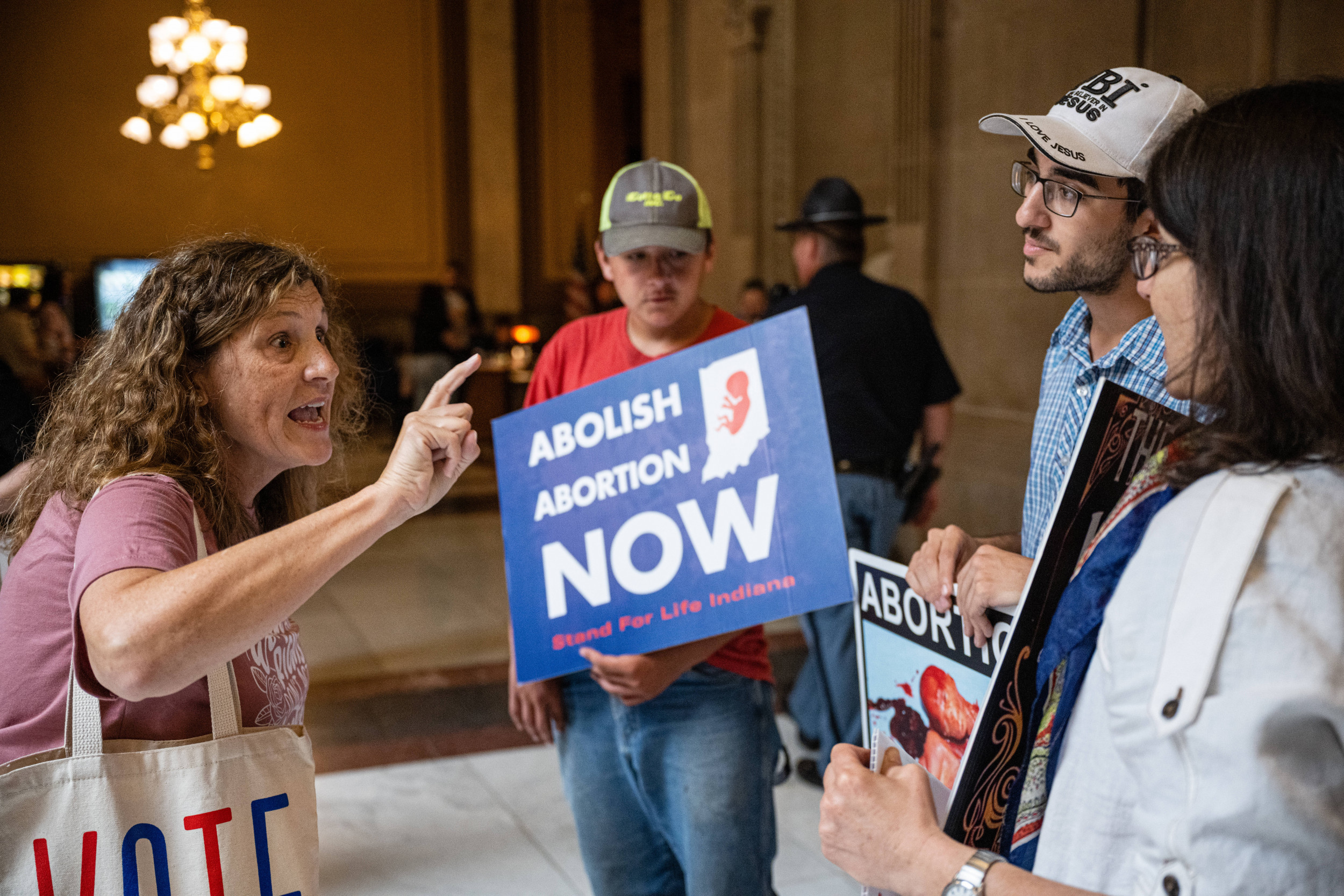 Republican Governor Eric Holcomb signed the new law on Friday after it cleared the GOP-controlled state House with no support from Democrats, while nine Republicans also opposed it, arguing it was either too strict or not strict enough.

Holcomb and anti-abortion advocates welcomed the legislation, but it has been condemned by Democrats and supporters of abortion rights.

Here’s a look at how Indiana’s law will work.

When Will The Law Come Into Effect?

Indiana’s new law restricting abortions passed the state House by a vote of 62 to 38 and the state Senate 28 to 19 and was quickly signed by Governor Holcomb, but it will not come into effect until September 15.

What Are the Exceptions?

The new law is an almost complete ban on abortions in Indiana but it contains certain exceptions and is less restrictive than what some anti-abortion advocates might have wanted.

The law allows abortions in cases of rape or incest up to 10 weeks after fertilization. Victims of rape or incest will not be required to sign a notarized affidavit attesting that they were attacked, which had previously been proposed.

Abortions will also be permissible to protect the life of the woman and if the fetus has a fatal abnormality.

The recently passed legislation requires abortions to be performed only in hospitals or outpatient centers that are owned by hospitals. This will effectively mean that abortion clinics in Indiana will have to close because they will lose their licenses.

Doctors will also be at risk of losing their medical licenses if they perform an illegal abortion or if they fail to file the required paperwork. That part of the law is stronger than previous Indiana legislation that said doctors “may” lose their license under those circumstances.

Governor Holcomb praised the new legislation in a statement issued shortly after he signed the bill, saying he had “stated clearly that I would be willing to support legislation that made progress in protecting life” after Roe was overturned.

The governor said he was “personally most proud of each Hoosier who came forward to courageously share their views in a debate that is unlikely to cease any time soon. For my part as your governor, I will continue to keep an open ear.”

By contrast, the Indiana Democratic Party said the law was “the worst form of government overreach and will endanger women and little girls’ lives across the state.”