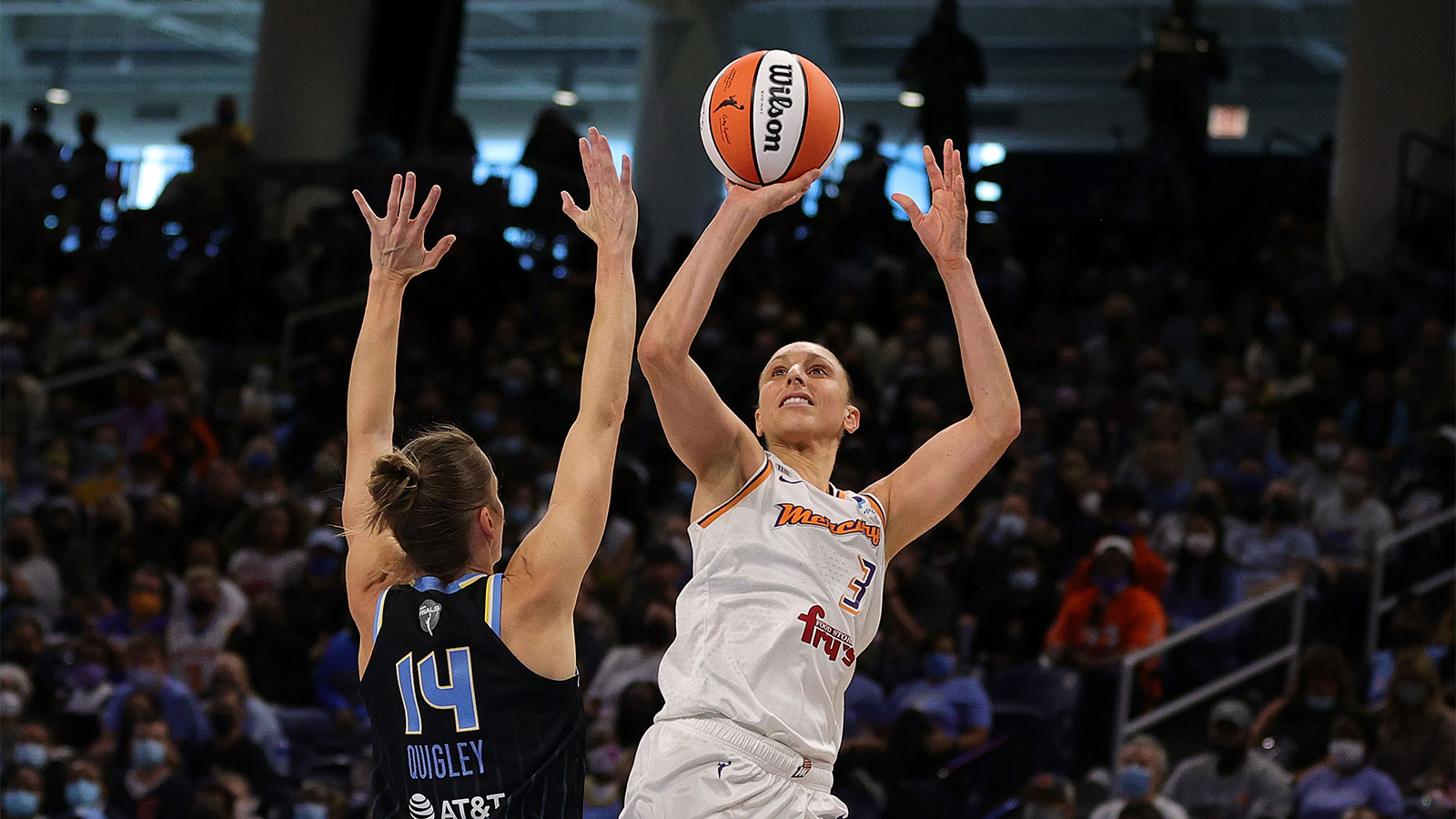 Imagine a basketball. An everyday, ordinary basketball sitting perfectly still on an empty court. Now visualize a player — let’s go with Diana Taurasi of the WNBA’s Phoenix Mercury. She saunters out to midcourt, her shoes squeaking against the hardwood planks. Then Taurasi bends down, grabs the ball, stands back up and raises it over her head.

You have just witnessed an increase in the ball’s potential energy.

For the record, this is just one of the many types of energy we encounter on a daily basis. There’s also kinetic energy, electrical energy, thermal energy and so on.

This begs a fundamental question. Scientifically, what is energy? What does that word mean in the context of physics, chemistry, engineering and related STEM fields?

Here’s the definition you’re most likely to hear in your Advanced Placement courses or find in a textbook:

“Energy is the ability to do work.”

Taken by itself that sentence might seem kind of vague and not especially helpful. But don’t worry, we’re here to help you unpack it.

Now, when the textbooks say energy is “the ability to do work,” they’re not just talking about 9 to 5 employment. In a nutshell, the scientific meaning of the word “work” is the process of moving an object by applying force to it.

“Whenever a force is applied to an object, causing the object to move, work is done by the force,” according to Boston University.

As for energy, it comes in two basic categories: kinetic energy and potential energy.

Sometimes, kinetic energy is described as “the energy of movement.” To possess this kind of energy, an object must be in motion.

Remember the Texas-sized asteroid that came streaking toward Earth in Michael Bay’s 1998 blockbuster “Armageddon”? In real life that thing would’ve had some serious kinetic energy. So do speeding cars, falling apples and other moving objects.

Grab a pencil, folks, because we’re about to throw an equation at you:

Time to break that down with an example. What is the kinetic energy of a 400-kilogram (or 882-pound) horse galloping at a velocity of 7 meters per second (23 feet per second)?

Plug in the numbers and you’ll find that the kinetic energy possessed by our noble steed is equal to 9800 joules. For the record, joules (abbreviated as “J”) are a unit of measurement scientists use to quantify energy or work.

Let’s check back in with Diana Taurasi. What do you think is going to happen the instant she lets go of that ball, the one we said she’d lifted high up off the ground?

Of course, it’ll fall and hit the hardwood floor. All because of a little thing called gravity. (To keep things simple here, we’re assuming the WNBA star didn’t actively push or throw the ball.) And as we now know, the moving object will exhibit kinetic energy on the way down.

But before the drop, before the ball leaves Taurasi’s hands, it’s going to contain a fair bit of potential energy.

Potential energy is stored energy. It’s the energy that an object (Taurasi’s ball in this case) has thanks to its position relative to other objects, like the solid floor. Why do we call this phenomenon “potential energy”? Because it introduces the potential for a force — such as gravity — to do work.

Neither Created Nor Destroyed

To quote the U.S. Energy Information Administration website, this is a type of potential energy “stored in an object’s height. The higher and heavier the object, the more gravitational energy is stored.”

By raising her ball off the ground, Taurasi gave gravity the potential to do work with it. If she’d made like a Harlem Globetrotter and carried the ball to the top of a high circus ladder — or if she’d lifted a heavy bowling ball instead of a lightweight basketball — there’d be even more gravitational potential energy at play.

Mind you, this energy won’t just go away when Taurasi releases the ball. Within the confines of a closed system (such as our universe), energy can neither be created nor destroyed. It simply transforms.

Yet as the ball zooms downward and loses gravitational potential energy along the way, there will be a simultaneous increase in its kinetic energy.

Our story doesn’t end once the ball hits those floor panels. Some of its energy will be converted into thermal energy and thus generate some heat.

Oh, and that lovely “thunking” noise basketballs make when they bounce? That’s a kind of energy too, one that most people call sound.

Other kinds of energy include electrical energy, mechanical energy and radiant energy.

Before parting ways, we’ll leave you with some last-minute definitions.

Why Do Bubbles Pop?
macOS Ventura: Everything you need to know about macOS 13