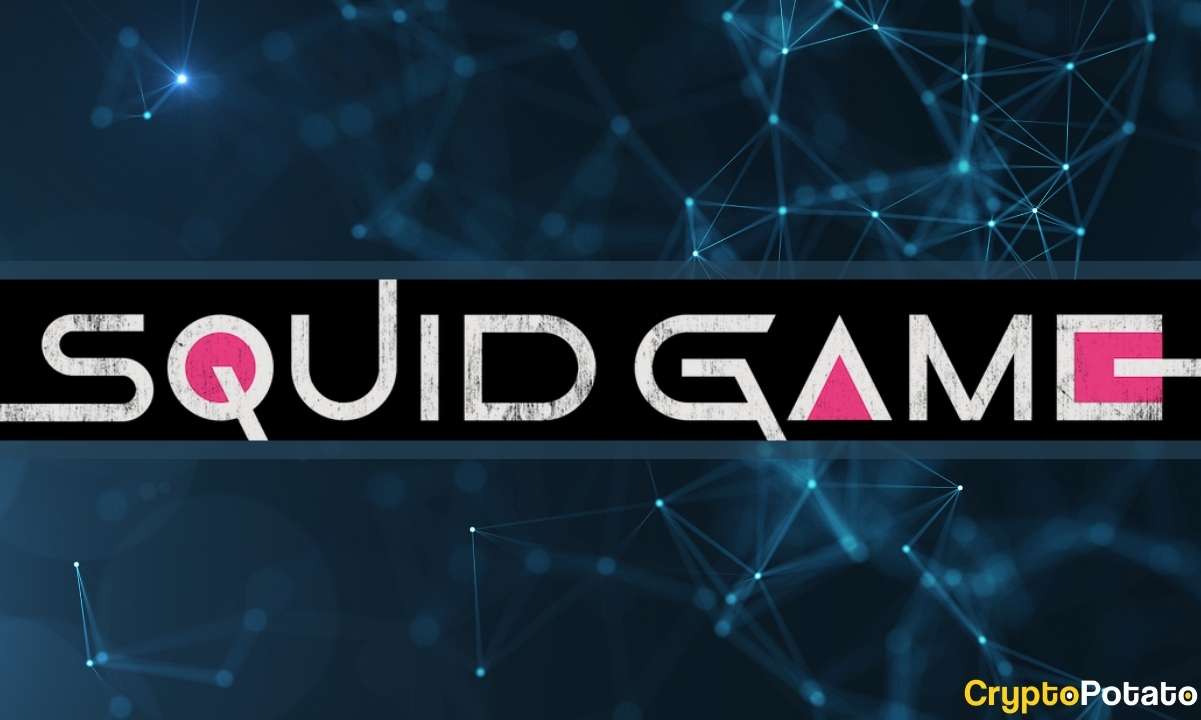 The cryptocurrency market is an exciting place.

Up until a couple of days ago, meme coins such as Shiba Inu (SHIB), Floki Inu (FLOKI), and a ton of other Dogecoin derivatives were popping off charting three-digit increases daily.

Now, it seems that tokens associated with the play-to-earn business model are the ones taking center stage. CryptoPotato reported yesterday that P2E tokens are surging following Facebook’s announcement that it will be rebranding to Meta. Mark Zuckerberg is on his high horse, it appears, and he’s now all about building the Metaverse.

And while flagship play-to-earn projects such as Axie Infinity, Decentraland, and The Sandbox are charting massive gains, it’s Squid Game’s SQUID token that is up a whopping 110,000% in just five days.

This article takes a closer look at the project and the reasons for its astronomic growth.

What is Squid Game?

Well, the answer to this is twofold. First things first, Squid Game is a new show that aired on Netflix and burst in popularity throughout the entire world. In a matter of weeks, the show became a hot topic of discussion amongst film aficionados, mainly thanks to its plot.

In the show, 456 people from South Korea, each one of which, with their own hurdles, mostly financial, are chosen to take part in a challenge. They are offered to play six different children’s games (such as Tug O’ War, Dalgona Candy, Red Light, Green Light, and, of course – Squid Game – a popular Korean game for children), and those who manage to win all six get an astronomic cash reward. The only catch is – if you lose, you’re eliminated. And by eliminated, we mean literally eliminated, as in killed.

Without spoiling any more of the plot, the show gained massive traction throughout the entire world. Reports from earlier this month indicated that the show was watched by over 130 million people, and it was expected to create more than $900 million in value for the company.

Circling back to crypto, though, it didn’t take long for a team of developers to take advantage of the growing hype and to create a crypto-based project centered around the show. Here comes the Squid Game project.

It’s apparently intended to be an ecosystem, as there are a whole bunch of things offered to the market, some of which are still under development.

More Details About the Squid Game

The game itself is under development, but there are some details that are revealed already. Just as in the show, 456 people will be selected through a lottery of all SQUID token holders, and it will be a winner-takes-all scenario where the winning person will get all the rewards. Each game has a different entry fee – for instance, the first one requires 456 SQUID, the second one – 1,000 SQUID, and so forth. Winners of the previous round will be eligible for the next level.

There will be six games, each one of which mimics the games that were played in the Netflix show.

There’s an NFT marketplace where users are able to buy various non-fungible tokens based on different characters and objects from the series. There’s also a hub for staking certain products and earn rewards.

At a first glance, it appears to attempt to offer a little bit of everything, which could be considered as a red flag if we follow the “a jack of all trades but a master of none” saying.

The entire platform is underpinned by the SQUID token, which is running on the Binance Smart Chain.

There’s a number of factors that need to be accounted for here. Let’s start with the most obvious reason.

Squid Game – the crypto project – came to life relatively soon. In fact, it was listed on CoinMarketCap on October 26th – five days ago. Its Twitter account was also created in October, pointing towards the fact that it’s a fresh project with a token launched on the Binance Smart Chain.

At the same time, the Squid Game – the Netflix show – continues to boom in popularity and is constantly on the trending lists. It’s completely possible that people rushed into the project because of its theme.

Another reason, though, is that it comes with a play-to-earn concept. As mentioned earlier, a lot of P2E tokens surged considerably in the past few days, following Facebook’s announcement. It appears that both of these circumstances created a perfect storm for the SQUID token, but something that’s not widely discussed is the headache that it also caused, making the game virtually impossible to play.

As we mentioned above, the core concept of the Squid Game is the actual game – the six children games that users get to play in an attempt to earn massive rewards. Putting aside the fact that it’s still under development, making the decision to buy SQUID questionable at best, there’s an obvious issue that its skyrocketing price creates – a huge barrier to entry.

The first game costs 456 SQUID, which, at current prices, equals roughly $6.3K. The second game costs $14K, and the entries keep going up until the sixth game, which would now cost $210K to play.

This is literally the core concept of the entire project, and in order for someone to win, they need to pay more or less half a million to simply participate.

Time will tell if this project will justify its current valuation, but all facts considered, it looks increasingly hard to do so. Other red flags include a banner on their official website which says that Elon Musk was shilling it, when in fact, he responded to a Twitter thread related to the show and had nothing to do with the crypto project itself. Still, it’s easy to see how people might fall for it.