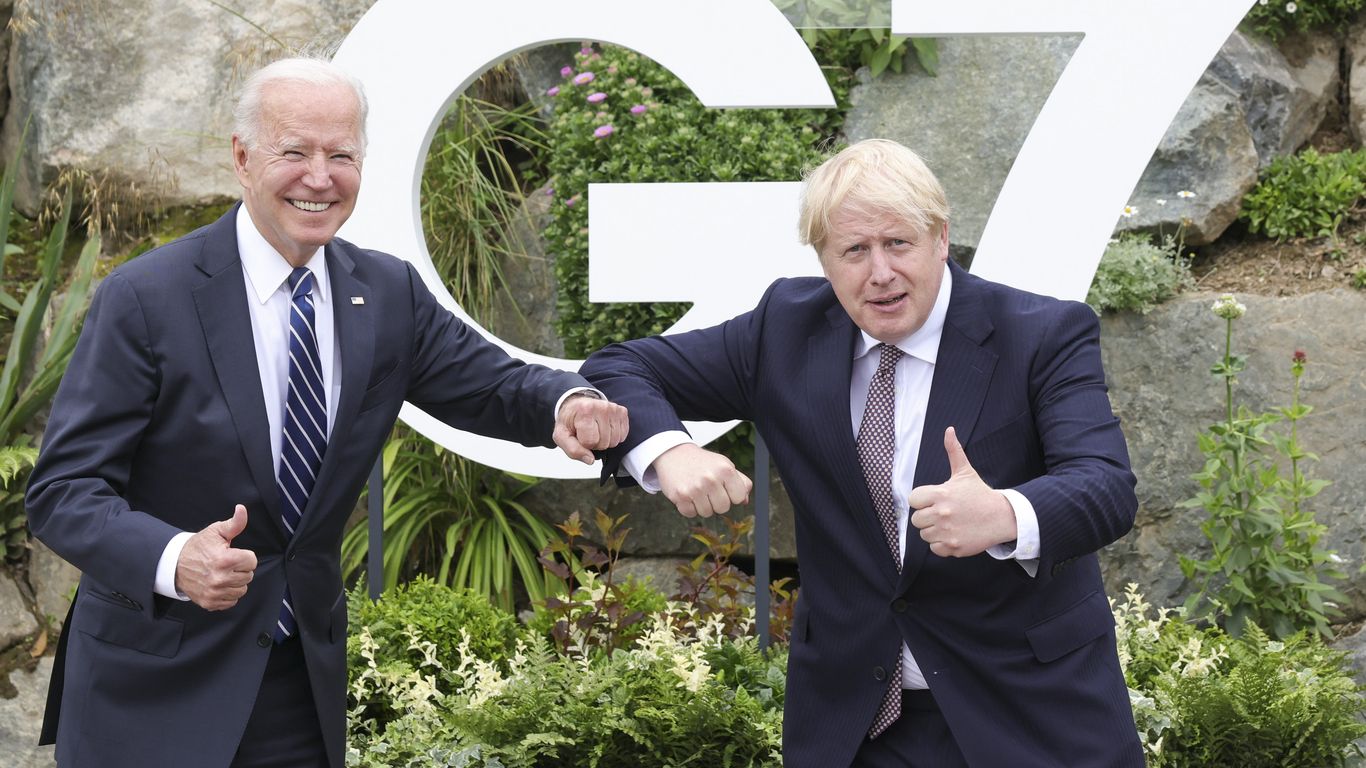 President Biden arrived in Europe for his first foreign trip bearing what could be a game-changing pledge: 500 million doses of Pfizer-BioNTech vaccines to be shared with low- and middle-income countries over the next year.

The state of play: The remaining G7 members — Canada, the EU, France, Germany, Italy, Japan and this year’s hosts, the U.K. — are set to pledge at least another 500 million to bring the total to 1 billion by mid-2021, per a draft communique seen by Bloomberg.

What to watch: The G7 is also set to call for a new investigation into the origin of the pandemic, per the draft communique.

Biden’s next stop will be Brussels for his first NATO summit (June 14–15).

What to watch: Biden will meet with Turkish President Recep Tayyip Erdoğan while in Brussels.

Biden’s last stop is Geneva for his much-anticipated summit with Vladimir Putin.

Flashback: Putin arrived at his 2018 summit with Trump in Helsinki with high hopes and a series of proposals for the future of the relationship, Stanovaya says.