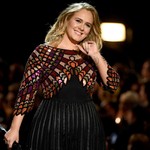 Adele makes music that hits you right at the core, and between her three powerful studio albums — 19, 21 and 25 — there’s a song to fit every occasion imaginable. Though the singer’s soaring vocals are often associated with soothing post-breakup feels, she’s recorded a number of relatable hits to soundtrack makeups and good times as well.

Her next album, 30, which the British hitmaker announced Wednesday (Oct. 13) will arrive on Nov. 19, will be led by her upcoming single “Easy On Me” and go through “the most turbulent period of my life,” following her divorce from ex-husband Simon Konecki.

Since her 2007 debut, the star — born Adele Adkins — has had 13 songs make it onto the Billboard Hot 100 chart, with six of them reaching the top 10. Adele has also racked up four No. 1 hits: “Rolling in the Deep,” “Set Fire to the Rain,” “Someone Like You” and “Hello,” the latter of which made Billboard‘s list of longest-leading Hot 100 No. 1 songs of all time, with 10 weeks spent in the top spot.