Who Gets to Work in the Digital Economy?

Home /Business/Who Gets to Work in the Digital Economy? 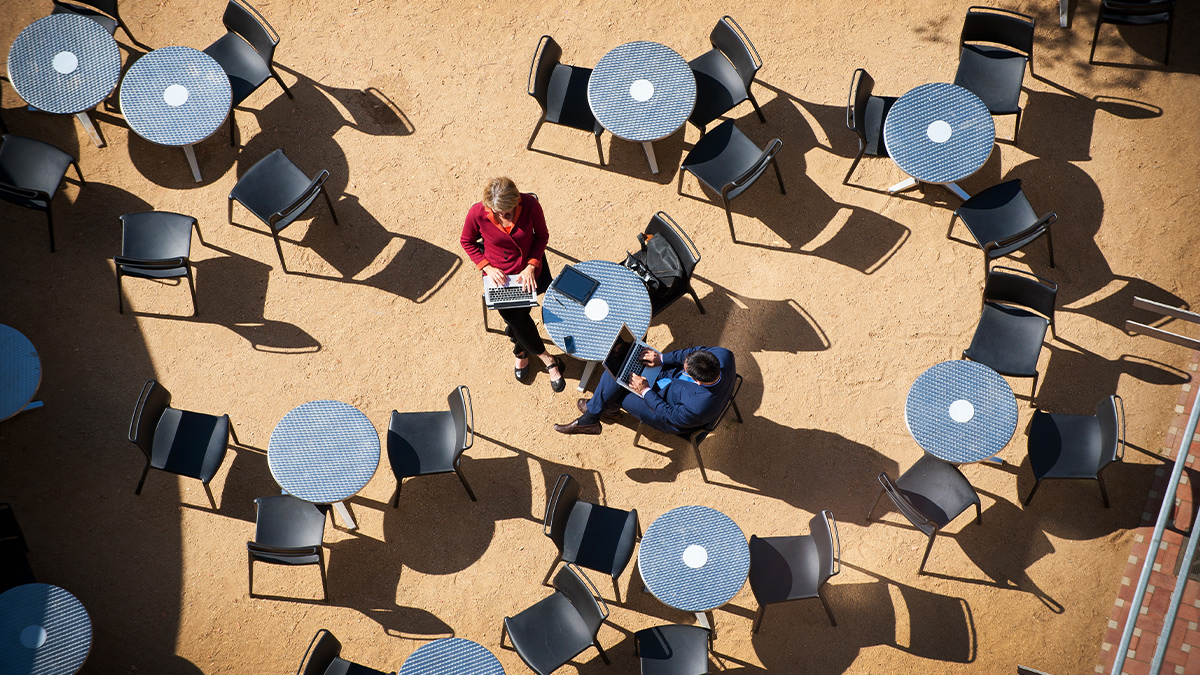 Remote work has become commonplace since the beginning of the Covid-19 pandemic. But the focus on daily remote work arrangements may miss a larger opportunity that the pandemic has unearthed: the possibility of a substantially increased labor pool for digital economy work. To measure interest in digital economy jobs, defined as jobs within the business, finance, art, science, information technology, and architecture and engineering sectors, the authors conducted extensive analyses of job searches on the Bing search engine, which accounts for more than a quarter of all desktop searches in the U.S. They found that, not only did searches for digital economy jobs increase since the beginning of the pandemic, but those searches also became less geographically concentrated. The single biggest societal consequence of the dual trends of corporate acceptance of remote work and people’s increased interest in digital economy jobs is the potential geographic spread of opportunity.

The Covid-19 pandemic shifted the public conversation about remote work. This shift raises the possibility that remote may become commonplace or even the the norm for many digital economy jobs, which are loosely defined as jobs using computers to produce digital goods and services. The focus on daily work arrangements may, however, miss an even larger opportunity that the pandemic has unearthed: the possibility of a substantially increased labor pool for digital economy work.

Employees relocating to so-called “rising star” cities like Salt Lake City or Miami is one thing, but people all around the U.S. suddenly realizing that they too can participate in digital economy work is quite another. The societal impact may be profound as the dissolution of geographic barriers unlocks digital economy work opportunities for more people from more places.

For the rise of remote work to have such a broad impact, a shift on both sides of the labor market must take place: Firms must embrace remote work, and the potential labor pool for digital economy work must grow and spread geographically. It’s well known that companies are getting more comfortable with remote work as a result of the pandemic, with some high-profile companies, such as Twitter and Airbnb, offering full-time remote work. More generally, an analysis we conducted of LinkedIn job postings showed that in February 2020, only 2.3% of U.S. paid job postings offered remote work, and those postings attracted 2.9% of all applications submitted during that month. By February 2022, 19.5% of U.S. paid job postings offered remote work and attracted 49.7% of applications.

Here, we provide evidence that the lesser-known supply side of the digital economy labor market is expanding into not only superstar and big cities but into midsize cities and rural areas as well. This will have major implications for society, companies, and job seekers.

To measure interest in digital economy jobs, defined as jobs within the business, finance, art, science, information technology, and architecture and engineering sectors, we conducted extensive analyses of job searches on the Bing search engine, which accounts for more than a quarter of all desktop searches in the U.S. Following the method used in a 2018 study of employment data, from a random sample of queries, we identified and classified more than 100 million job search queries into employment sectors, aggregated them by month and by U.S. county, and compared the time trends throughout the Covid employment shock (March 2020–February 2022) to a two-year, pre-Covid baseline (January 2018–February 2020). Examples of such searches include “software architect career” (technology), “medical insurance specialist job” (finance), “freelance writing jobs for beginners” (art).

The gap in interest between rural and urban counties shrunk to just 30% of what it was pre-pandemic. By February 2022, job seekers from all counties, including those in rural areas, were searching for digital economy jobs at the same level as job seekers from counties in superstar cities (that is, well-established tech hubs like San Francisco and Seattle) were at the start of the pandemic. Should the current growth rates continue, the rest of the country would catch up to the levels of digital economy interest by those in superstar city counties in about seven years, with digital economy job searches accounting for more than 50% of all job searches on Bing.

Furthermore, these job searches have become far less geographically concentrated. For example, in February 2020, digital economy job searches accounted for more than one-third of all job searches in only 44% of small urban and rural counties. (“Other – Rural” and “Other – Urban” are defined as counties coded as 6 or higher [rural] and 5 or less [urban] in the USDA Urban-Rural Continuum Codes.) Two years later, in February of 2022, that percentage had jumped to 72% (see “Other – Rural” in the following figure). In counties comprising larger urban areas, that percentage jumped from 52% in February 2020 to 87% of counties in February 2022 (see “Other – Urban” in the following figure).

The single biggest societal consequence of the dual trends of corporate acceptance of remote work and people’s increased interest in digital economy jobs is the potential geographic spread of opportunity. The two trends together could break the sticky concentration of digital economy jobs in superstar cities.

IT trade group CompTIA estimated that there were almost 1 million unfilled IT jobs in the U.S. in 2019, and the U.S. Bureau of Labor Statistics (BLS) estimates that employment for software developers will grow 22% from 2020 to 2030, far outpacing other industries. Crucially, given this shortage of digital economy labor, we’re not predicting this will play out in a zero-sum game for labor in which jobs will be shipped from cities like San Francisco to cities like Boise. Rather, these trends indicate that the size of the digital economy labor pool could increase and spread geographically, ultimately opening the doors to digital economy work for millions of people who otherwise would not be able to be part of that economy.

Spreading digital economy jobs across the U.S. will make local economies more robust against regional economic downturns, as it allows municipalities to diversify their workforce. People will have access to the same local jobs they previously had access to, along with digital economy jobs. So if there is a shock in one industry, the local economy can still rely on the spending and tax revenue from those in other industries. Furthermore, Professor Enrico Moretti’s research has shown that there is a multiplier effect in that for every digital economy job created, additional local jobs are created in an economically healthy variety of employment sectors, including the health care, education, food, and hospitality sectors, among others.

The companies at the vanguard of this trend will benefit from a huge first-mover advantage because they will get first access to the talent spread across the United States. After the first movers start hiring, other digital economy companies will need to follow suit in order to stay competitive for talent. As an additional bonus to companies, a more geographically diverse workforce might lead to a more demographically diverse workforce, which has been shown to be correlated with increased creativity and market share for the firm. Naturally, digital economy companies embracing the geographic spread of talent and interest will have to rethink traditional operational and infrastructure costs, communication technology spend and implementation, and practices for maintaining corporate culture in a remote/hybrid environment. It remains to be seen if these costs will be offset by the increase in talent and work quality.

For potential employees, the rapid proliferation of remote work job postings should bring expanded employment opportunities. An analysis of LinkedIn job postings showed that by February 2020, only 6.0% of U.S. companies had open jobs offering remote work; that grew to 34.2% in February 2022. Those who live in areas that did not traditionally participate in the digital economy will be able to cast a wider net when job seeking, making previously unattainable employment a possibility. Those who have the skills for digital economy jobs, along with electricity and internet access, will have entry into lucrative opportunities within the digital economy. Those who don’t will be at risk of being left behind. This creates a huge opportunity for companies to help upskill people into these jobs and for municipalities and broadband companies to help residents get the internet access they need.

Many communication technology advances in the past (the telegraph, telephone, fax machine, internet, etc.) haven’t resulted in such a significant change in the fraction of people working remotely. What’s different this time around has less to do with the technological changes brought on by the pandemic and more with the social changes. The norms around work changed. Working in the office is no longer the default. Thus, companies are more willing to employ remote workers, and our data suggest that more people from more places are interested in work that can be done remotely. These shifts on both sides of the labor market have opened up a possibility for the future of work where people far beyond superstar and rising star cities can participate in the digital economy.