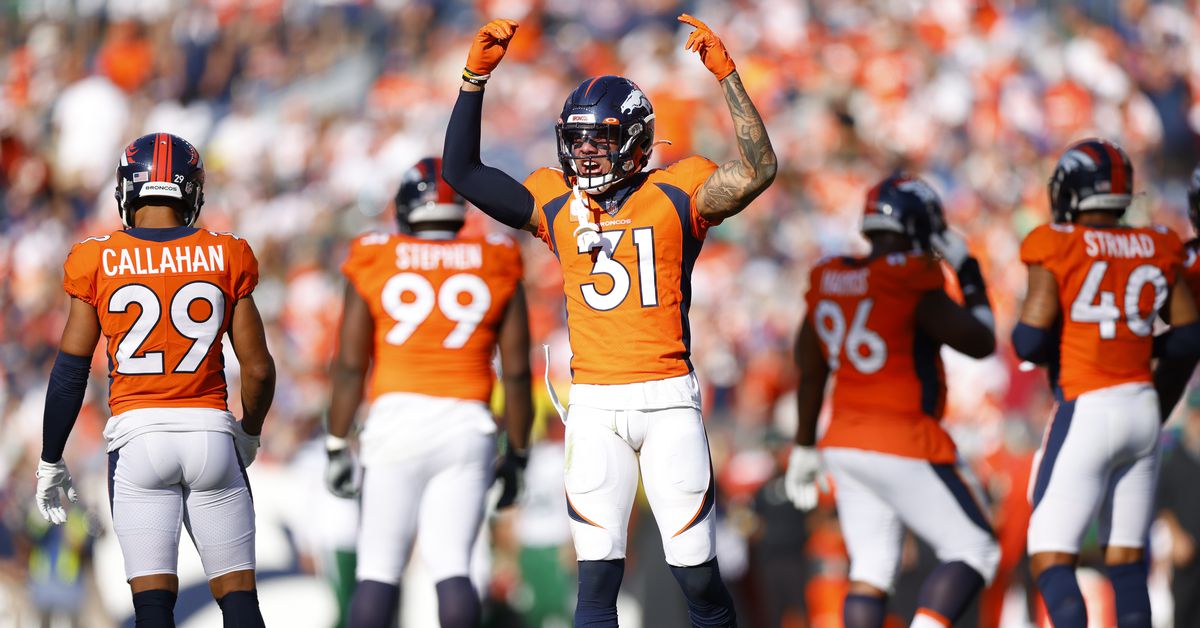 The NFL will finish Week 3 with five undefeated teams. In the NFC, the Cardinals, Panthers, and Rams are all undefeated. The Raiders and Broncos are unbeaten in the AFC.

A good start might seem like any team could achieve, but historically starting 3-0 bodes well for a teams long-term chances in the season. Over the last five years a total of 25 teams have been undefeated by the close of Week 3, with 18 of them making the playoffs by year’s end. Four of them went on to appear in the Super Bowl. Outside of a wholly bizarre 2016, in which five teams started 3-0, but only one made the playoffs, the trend is fairly constant that starting strong means finishing strong.

Statistically speaking we’re going to see two of the remaining five undefeated teams miss out on the playoffs. Let’s break it down and try to work out who it might be.

Why the Broncos are contenders

It’s difficult to call Denver a “surprise” so far, because they’ve beaten bad teams they should have beaten. However, inside of the raw results there are signs of a team trending upwards in a big way.

Teddy Bridgewater is cementing himself as the team’s answer at quarterback and more importantly he’s not making mistakes. This is allowing a team, who frankly don’t have a lot of explosiveness on offense, to grind out wins. It’s a case of an offense not screwing things up for the defense, which is where the Broncos have really excelled. The team ranks in the top 5 of every defensive statistical category, and leads the NFL in stopping drives, with opponents only scoring on 10.3 percent of their possessions.

If this holds the Broncos will be playoff bound in the AFC West, something that nobody predicted.

Why the Broncos are pretenders

Without question Denver has had the softest cupcake start to the 2021 season. All three opponents represent some of the most dysfunctional teams in the league, and outside of the blowout win of the Jets, it’s not like these have been exceptionally convincing wins.

When the dust settles you need an element of explosiveness to win games in the NFL against elite teams, and thus far the Broncos haven’t shown it. This has been a fun start to the season, but the lack of big plays will begin to rear their head when up against teams who won’t crumble against Denver’s defense

Why the Cardinals are contenders

The Arizona offensive principles are well known, with Kyler Murray being the perfect quarterback to happily throw 50 times a game when asked. Obviously there’s a ton of firepower on this offense, with the Cardinals averaging 34 points a game, but this season they’ve added a wrinkle with a solid defense.

As it stands the team is allowing 5.4 yards-per-play across both phases, good for 12th in the NFL. That isn’t wholly remarkable in isolation, but the team played two very strong offensive teams in the first two weeks of the season. Pair that with an offense in the top 10 in both passing and rushing, and you have a recipe for success.

Why the Cardinals are pretenders

I don’t blame you for being excited with this team after the first two weeks when they stuck it to two teams that have legitimate playoff resumes, but that game in Week 3 against the hapless Jaguars was far too close for comfort.

There’s also a worrying trend that the explosive pass rush we saw in Week 1 is slowing down, and generating far less pressure than they did against Tennessee. The question is whether this team has enough gas for the long haul, or how they’ll handle adversity when it strikes.

Verdict: CONTENDER (with a little trepidation)

Why the Panthers are contenders

I don’t think anyone expected the team’s defense to be this good, even the most die-hard Panthers fans. Yes the talent was there in the front seven, but 2021 has been the year it’s all meshed together. Carolina’s defense is damn near impenetrable, allowing just 3.8 yards-per-play, and a paltry 36 first downs over the three games.

On the flip side you have Sam Darnold, who is playing the best football of his career in his new home and immediately finding a rapport with top receiver D.J. Moore. Darnold is far from taking over games himself, but he’s doing a lot under center and when that’s supported by the defense you have a recipe for success.

Why the Panthers are pretenders

Much like the Broncos, look at who they’ve played. That Week 2 win over the Saints goes a long way to making a statement, but that was also an injury-ravaged New Orleans team the Panthers faced.

The defense has been absolutely phenomenal, but it’s unrealistic to think it will hold — especially against some of the offenses the Panthers are facing coming up. It’s been a hell of a start for a team many expected to go 5-12 on the season, but with key injuries to Christian McCaffery and Jaycee Horn it’s growing closer to the point where the clock strikes midnight on this Cinderella story.

Why the Raiders are contenders

Boasting the best offense in the NFL, Las Vegas is averaging 471 yards-per-game on the back of Derek Carr, who has gone full Super Saiyan on the season. Carr has already thrown for 1,200 yards this season, and we just finished Week 3. That’s a breakneck pace to keep up, but he’s playing really great football and keeping the Raiders competitive, even when their defense falters. Of course, it helps when you have as many athletic receivers as Vegas does, each of whom is able to break huge gains at the drop of a hat.

As time goes on the Steelers look worse, but beating the Ravens in Week 1 remains a huge statement game — and that narrow win over the Dolphins is traditionally a place where the Raiders would fall into a trap game, but they avoided it this time.

Why the Raiders are pretenders

Defensively the team is mediocre. Right now that’s okay because the offense has been so good, but it’s concerning to see the team in the middle of the pack in pass defense, and bottom third in run defense.

That’s putting way too much pressure on Derek Carr and company, and will be something to watch. Still, I think there’s a spark to this team and they’re hot at the right time. I’m buying in.

Why the Rams are contenders

The Rams took their already stellar playmaking defense and added Matthew Stafford to the other side of the ball. It’s that simple. We talked about the importance of explosiveness earlier with the Broncos, and that’s what Stafford is offering in spades over Jared Goff.

You can argue that two of the teams they’ve played so far have fallen off, but these are still three wins over playoff teams a year ago, including an anchoring win over the Super Bowl champs that shows this season isn’t a flash in the pan.

The Rams are playing in a really tough division, but right now they’re the class of the NFC West and compare favorably when it’s time for divisional games.

Why the Rams are pretenders

I don’t have a really good answer here. If you’re going to nitpick you can point to Stafford’s start and have doubts whether he can keep up his pace, but there’s so much wiggle room here that he can drop off a little and the Rams will still be serious threats every week.

Can any of these teams go all the way?

Statistically speaking there’s a 16 percent chance one of these teams will make the Super Bowl. If I had to put money on it there’s only one answer: The Los Angeles Rams.

This team isn’t far removed from making the big game already, doing it in 2019 and I think there’s enough talent to get the job done. It’s risky making a proclamation like that, but so far the Rams are worth it. They’re simply put, a very, very good football team.