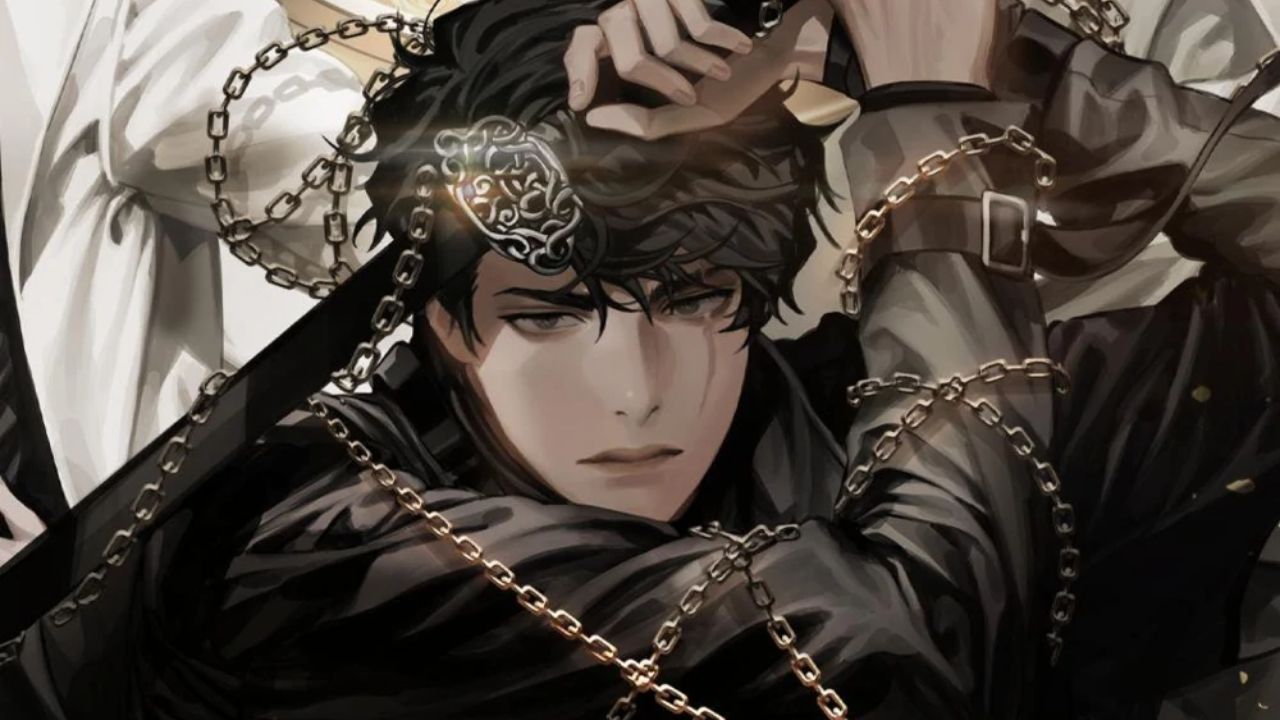 Kim Dokja, the protagonist of the manhwa Omniscient Reader’s Viewpoint, is pretty much omnipresent in the series.

He has complex relationships with all the characters in ORV, and also with incarnations of these characters in the world of Ways of Survival, the webnovel that becomes reality in ORV.

Dokja has an interesting dynamic with his mother. She’s the one who made him fall in love with reading, and without her, Dokja might never have read WoS, and ORV itself might never have been written.

Lee Sookyung is Kim Dokja’s mom. She is incarnated as the King of Wanderers in the Ways of Survival reality, and appears as the leader of the New Wave of wanderers in the 5th and 6th Scenarios.

Her sponsor in WoS is the constellation Ungnyeo, aka, Founder’s Mother.

She is not the most prominent character in the webnovel plot-wise.

But she is the mother of Kim Dokja, who is revealed to be the Most Ancient Dream – the most powerful entity in the entire story, whose imagination it was that created the story in the first place.

So, it can be argued that the entire universe would never exist without her. She is the one who taught Kim the benefits of reading and indirectly induced him to daydream the world of WoS into reality.

When Dokja suffers through depression he turns to books. WoS is his crutch throughout his childhood. Without the WoS webnovel, Dokja says he would be dead. It’s a different thing that some of his trauma and depression stems from his mother and her actions.

Lee Sookyung is absent from Dokja’s growing years – she spends most of her life in Seodaemun Prison for an alleged crime involving her husband/Dokja’s dad.

2. How did Lee Sookyung land up in prison?

Lee Sookyoung is imprisoned for a crime she did not commit. She is arrested for the murder of her abusive husband. Her son, Kim Dokja, is the one to have actually committed the murder, but she incarcerates herself to save her son from the trauma.

Kim was the one who stabs his father with the same knife he threatened them with. The drunk father slips on a bottle of alcohol and passes away.

Since Kim Dokja was at a very young age and under shock, his mother manages to convince him into forgetting he had ever committed the crime. She asks him to repeat her lie so much that he starts believing in it himself.

3. Does Kim Dokja hate his mom?

Initially, Kim Dokja hates his mom because from prison, she turned their tragedy into a bestselling novel called “Underground Killer”. He became known as the “son of a murderer”, and was hounded by reporters. He had to face all of it alone.

He blames his mother for being silent and leaving him depressed and without answers.

I had a really hard time. Whenever I went to school, walked on the streets or met someone, it seemed like everyone was talking about me. It was the same when I moved schools. Every time, I was the son of a murderer.

What hurt Dokja the most was that his mother never tried to communicate with him. She never even came back to him after she was released from prison. She lost the right to call him her son when she made their lives public. For Dokja, the mother he knew died at the same time his father did.

4. Does Dokja ever find out the truth?

In chapter 180, Dokja finally realizes that it is he who was responsible for his father’s death. His mother was just trying to protect him and wrote the novel to solidify her narrative.

He already guesses in Chapter 172 that she dramatized the book into a domestic violence story so he could get financial support from the royalties. But he could never figure out why she never said anything to him or responded to his questions.

In the WoS world too, Lee Sookyung tries to sacrifice herself for him, and she briefly gets eaten by the Fourth Wall. Until the end, her main goal is to send Dokja back to reality.

5. Does Kim Dokja’s mom influence his behavior later on?

His mother’s sacrifice, albeit selfless, actually caused a lot of trauma and psychological harm to Kim. In the WoS world, he too tries to sacrifice himself for his friends. In a similar way that Kim hates his mother, his friends and allies also come to resent him.

In Chapter 488, Jung Heewon says that Kim Dokja is the person that always sacrificed himself first and that is why she cannot help but resent him.

So, when it comes to him and his comrades in WoS, Dokja follows his mother’s footsteps and ends up repeating the same cycle of sacrifice and resentment.

Omniscient Reader’s Viewpoint is a Korean metafictional apocalyptic fantasy webnovel penned by the author-duo Sing Shong. It was adapted into a webtoon by the same name in February 2020, one day after the end of the webnovel.

It follows the story of Kim Dokja, an ordinary salaried contractor, who one day, finds himself stuck in the world of his favorite fantasy novel. The webnovel is called Three Ways to Survive in a Ruined World, written by an anonymous author who goes by the name of tls123. Dokja was the sole reader who finished this novel to the end.

When the novel suddenly becomes reality, Dokja is the only person who has unique knowledge of this apocalyptic new world. He knows how the plot of the story ends and therefore has the best chance of survival.

But will he actually survive? Not without changing the course of the story as well as the world as he knows it.