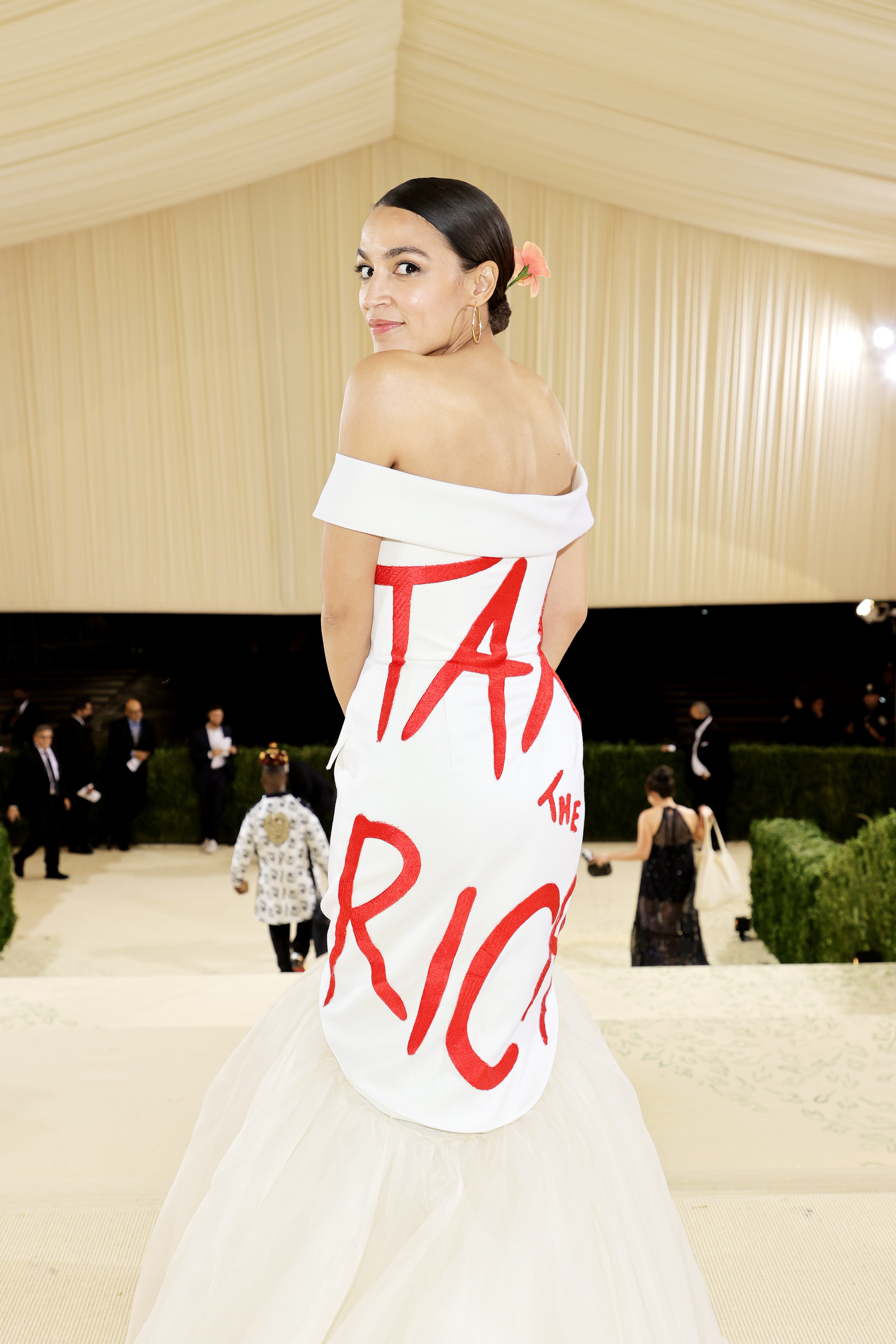 While House Democrats in Washington debate over a corporate tax hike, New York representative Alexandria Ocasio-Cortez was in her hometown wearing a “tax the rich” dress for her first-ever Met Gala appearance on Sept. 13.

Brooklyn-based Aurora James, founder of the label Brother Vellies and a winner of the 2015 CDFA/Vogue Fashion Fund, made the dress. On Instagram, Ocasio-Cortez said she was proud to work with James, a “sustainably focused, Black woman immigrant designer” who first started selling her garments at a Brooklyn flea market.

The designer behind the dress

James’ shoe and accessory brand launched in 2013 with a focus on traditional African design practices. Last year the designer founded the 15% pledge, a nonprofit that asks major retailers to commit a minimum of their shelf space to goods produced by Black-owned businesses. It launched in response to global protests against racial injustice, falling in line with similar initiatives by corporations like Walmart and Target to bring more Black-owned brands into their stores.

“We can never get too comfortable in our seats at the table once they’ve been given,” the designer said in an interview with Vogue about the AOC collaboration. She added that she hoped the fashion industry would consider working toward “a more sustainable, inclusive, and empowered future.”

“The time is now for childcare, healthcare, and climate action for all,” Ocasio-Cortez said of the message she hoped to send with her dress. She appeared at the Met Gala the same day that House Democrats unveiled a plan to raise the corporate tax rate to 26.5%–still well below the 35% rate that existed prior to a Republican-led overhaul of the system in 2017. Ocasio-Cortez has previously floated the idea of a 70% tax rate on Americans earning over $10 million.

The congresswoman drew flack from conservative pundits on social media who said her decision to show up to a $35,000-a-head event criticizing the ultra-rich was hypocritical. She defended herself on social media, saying that “NYC elected officials are regularly invited to and attend the Met.” Ocasio-Cortez said the dress was borrowed from the designer, and New York Times fashion critic Vanessa Friedman reported that a donor likely paid for her ticket.