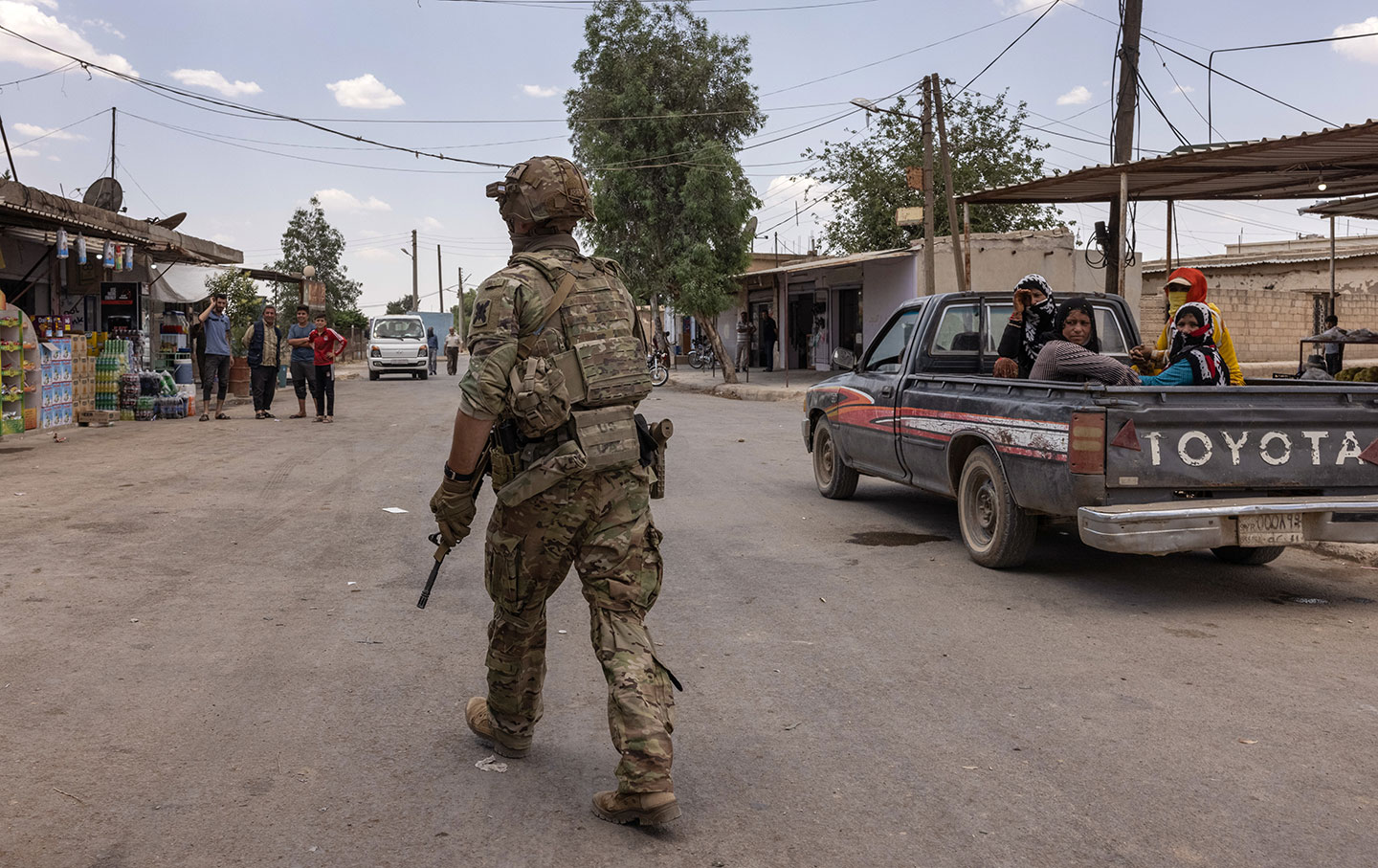 One month after the Afghanistan pullout, it is still unclear whether we witnessed the beginning of a series of military withdrawals—as part of Biden’s proclaimed end to the era of regime change wars—or if Afghanistan will remain a mere one-off.

While Washington’s foreign policy elite was up in arms against Biden’s withdrawal, a closer accounting of the political and strategic fallout reveals an opening for Biden to make good on his promise to disentangle the United States from the Forever Wars and begin a broader US withdrawal from the Middle East, starting with Iraq and Syria. The political cost of withdrawing from the Middle East has largely already been paid, and the geopolitical consequences have been strongly positive.

As the Taliban took over Afghanistan in August, the media, defense contractors, and Pentagon-friendly policy wonks produced a flood of criticism condemning the US withdrawal, deeming it a “humiliation” and a “national disgrace.” Pundits clamored for Biden to reverse his decision and redeploy troops.

Yet the American public was not swayed by Washington’s temper tantrums or the media’s attacks. The number of Americans who supported the withdrawal continued to grow, despite the horrible images from Kabul airport. A Pew poll showed that most Americans, although they disapproved of how the withdrawal was handled, believed that Biden made the right decision overall. Sixty-two percent think the biggest lesson from Afghanistan is that the United States should not be in the business of nation-building, and that it should send troops in harm’s way only if vital national interests are threatened.

Much of the foreign policy establishment is shocked that Biden proved that the military-industrial complex and its allies in the policy world—the so-called Blob—can be defeated. It requires steely political will, but Biden has demonstrated that if the American public is behind you, you will not only win but flourish.

With the myth of the invincibility of the military-industrial complex shattered, there is no reason for Biden to stop. The US military’s continued presence in Syria is illegal and serves no vital US interest. After the defeat of ISIS, the Trump administration justified the presence of troops by claiming they were needed to counter Iranian influence. But countering Iranian influence—real or imagined—in Syria is not a vital US interest and Congress never approved such a mission. Today, the 900 troops stationed in Syria lock the country into its civil war and impede reconstruction efforts. Rather than making America safer, the presence of US troops in Syria risks dragging the United States into yet another unnecessary war in the Middle East that will make Americans less safe.

The same is true for Iraq. In July the Biden administration announced that it will be shifting the US mission in Iraq to a “purely advisory role,” but the number of troops will stay roughly the same. It’s unclear whether Biden has simply renamed the mission or fundamentally restructured it. While training and equipping the Iraqi military might serve US interests under normal circumstances, the broader context puts the cost-benefit analysis of this mission in the negative.

First, Shia militias in Iraq—who increasingly act in their own interest as opposed to Tehran’s—continue to target US troops to avenge Trump’s assassination of the key leader, Abu Mahdi al-Muhandis. While Tehran has tried to temper them, the militias’ desire for revenge supersedes their deference to Tehran. Rather than training and equipping the Iraqi military, US troops in Iraq are likely to spend most of their time protecting themselves from attacks by Shia militias.

Second, attacks by Iraqi militias on US troops risk sparking a much larger war with Iran. Few developments would be as detrimental to American interests, particularly because confronting Iran militarily all but ensures that it will race to build a nuclear bomb.

Finally, the United States reentered Iraq in 2014 by the invitation of the Iraqi government to fight ISIS. The Iraqi parliament rescinded that invitation after the assassinations of Iranian commander Qassem Soleimani and al-Muhandis. Unlike Afghanistan, where the Kabul government pleaded with the United States to remain, a majority in the Iraqi government view the continued US presence as a threat to their sovereignty and safety. The Iraqis do not want their country to become the battlefield for a future US-Iran war.

There is little to suggest that the political fallout of a withdrawal from Iraq or Syria will produce the same distressing and heart-wrenching visuals that the Kabul airport delivered.

Arguably, there won’t be further political cost from withdrawal from Afghanistan. At the same time, withdrawal has already produced two important political and diplomatic benefits for the United States.

First, China, Russia, and Iran are now burdened to stabilize Afghanistan and deal with refugees, counterterrorism, and other security threats in the country, whereas the United States poured its resources into Afghanistan for the past 20 years, allowing China, Russia, and Iran a free ride on its dysfunctional nation-building project. Now, these nations whose security interests in Afghanistan far outweigh those of the United States have to spend more of their own resources managing a Taliban-led Afghanistan.

Second, as regional powers have become increasingly convinced that the United States will pull troops out of the Middle East as a whole, the region has not descended into chaos. Instead, regional rivals have stepped forward diplomatically. Archrivals Saudi Arabia and Iran have held numerous meetings, including the Baghdad summit last month. The summit showed that when US troops withdraw, regional actors are compelled to take ownership of their own security. This reduces the US security burden in a region of decreasing strategic importance, and allows us to focus on more pressing problems, including investing in the immediate needs of the American people.

The last thing Biden should do now is decide to stay in Iraq and Syria and reverse these positive developments. After all, if Biden stops in his tracks now, our other endless wars will remain endless.