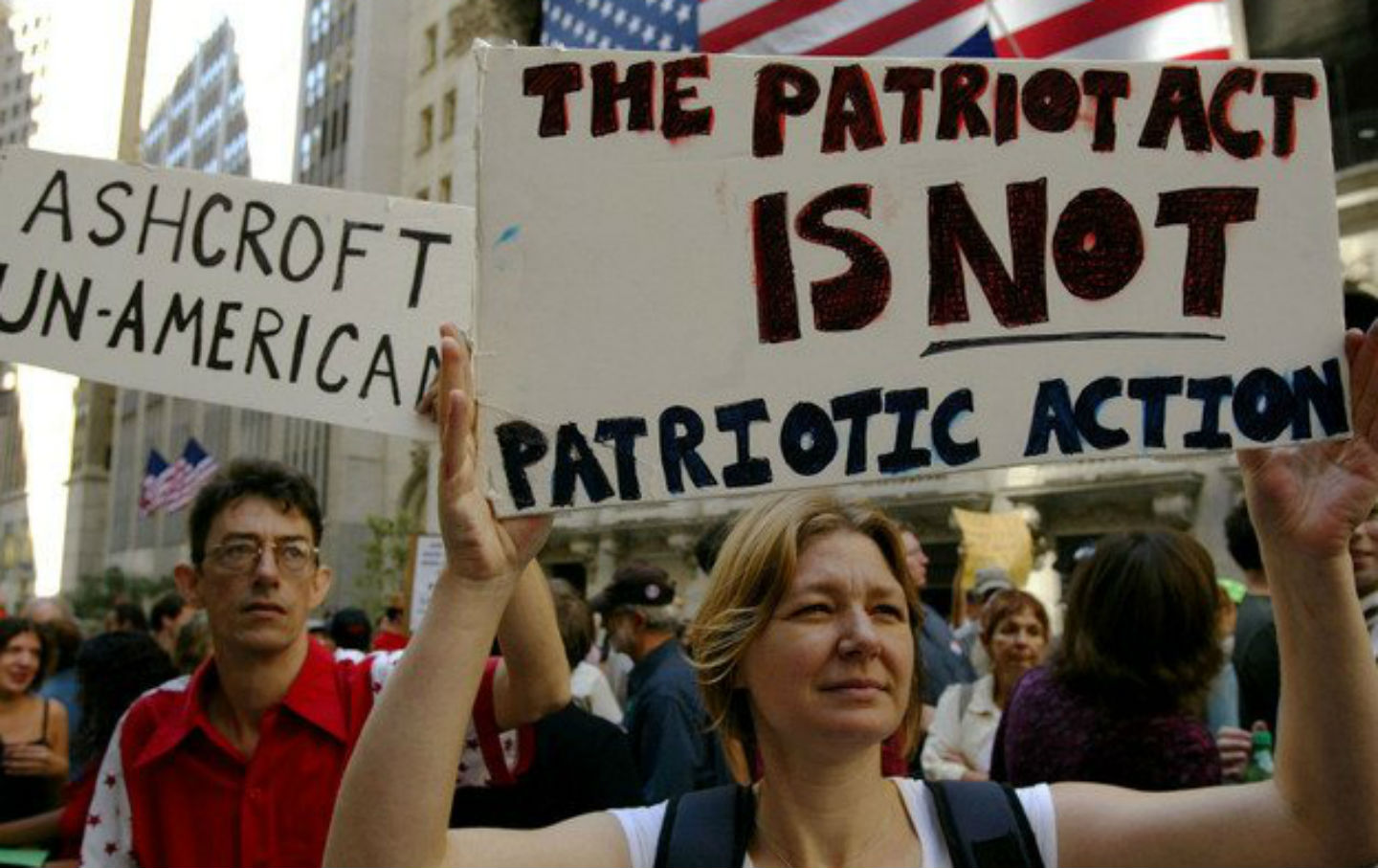 Today marks the 20th anniversary of the US Patriot Act. This legislation, rightfully, has long been critiqued for sweeping in unprecedented government surveillance. The anniversary is an opportunity to also reckon with how the Patriot Act distorted our democracy’s checks and balances—and what needs to be done to realign them.

I voted against the Patriot Act because of the cost it was asking the American people to pay in the form of their civil rights, particularly their privacy rights and especially for people of color. My fears on this front have come to pass over the past 20 years, and our country has yet to fully reckon with the discriminatory impact of the Patriot Act on communities of color.

In addition to the cost of this legislation on our civil rights, I opposed the Patriot Act because of the lack of checks and balances built into the legislation. Congress was being asked to give the executive enormous authority and then to step back and trust the executive to implement it responsibly.

The Constitution makes clear that Congress is meant to be a key player in our country’s national security. As Article III, Section 8, of the Constitution states, “Congress shall have the power to…provide for the common defence and general welfare of the United States.” Congress is also the only branch of government that can declare war and “raise and support armies” and “provide and maintain an army.”

I have long held that the combination of powers granted to Congress by the Constitution implores the legislative branch to be an active and ongoing player in national security. This means not ceding its authority during times of crisis.

Congress’s relevance in national security matters should actually increase in times of crisis, when the urgency of the moment can result in government overreach and even abuse. Congress must be vigilant that we do not sacrifice the values and rights that define our democracy in our pursuit of protecting that democracy.

The Patriot Act, to me, represented unchecked executive power. Congress was giving authorities to law enforcement that they had long requested, even before 9/11, and was agreeing to do so with minimal oversight built into the system.

Suddenly, law enforcement had access to broad swaths of information via roving wiretapping authorities and expanded search warrants. The law also expanded the definition of terrorism, enabling law enforcement to use its new authorities in more instances, including in drug enforcement and to surveil political activists.

Compounding the expansion of executive authority, Congress simultaneously agreed to restrict the judicial branch’s oversight of the executive’s use of these new authorities. The provision in the Patriot Act that expanded the government’s ability to access personal records did so in part by creating incredibly broad criteria for doing so. This left judges with little avenue for stopping law enforcement from accessing our library records, medical records, and other private information.

Last year, the “lone wolf” provision (allowing investigations of suspected terrorists not connected to a foreign nation or organization) and the roving wiretap authorization (permitting interception of any communications made to or by an intelligence target without specifying the telephone line, computer, etc., to be surveilled) in the USA Freedom Act, which replaced the Patriot Act, expired. The House and Senate failed to renew them, so they remain off-limits to any investigation that began after March 15, 2020. This is an opportunity for Congress to rethink these authorities, preferably by either making the affirmative decision to not renew them or by narrowing them considerably.

But, more broadly, this is also an opportunity to reassert checks and balances in this country by reasserting congressional oversight and judicial review. I realize that this may seem like a very tall ask at a time when hyper-partisanship has brought Congress nearly to a standstill. On the other hand, both parties should have an interest in preserving the power of their shared branch of government.

For its part, the Supreme Court has showed some interest in reining in warrantless government surveillance, albeit in cases that do not directly relate to the Patriot Act or the USA Freedom Act. In 2012, the Supreme Court ruled in U.S. v Jones that applying a GPS tracking device to an automobile constituted a search by law enforcement and required a warrant. More recently, the court ruled in Carpenter v. United States that a warrant is also required to seize cellphone records. As new technologies come on market and are made available to law enforcement, it is all the more important that judicial oversight be maintained to preserve the Fourth Amendment, which protects against unreasonable searches and seizures.

The right’s packing of our Supreme Court, which has resulted in a conservative supermajority intent on advancing a partisan agenda, throws into question how the court will approach these issues moving forward. But again, preserving the legitimacy of our democracy necessitates strengthening the checks and balances built into the Constitution, even as we simultaneously work to reform and repair our institutions.

The legacy of the Patriot Act has exposed vulnerabilities in our institutions and the impact of them on our civil rights and liberties. Twenty years is 20 years too long to sacrifice civil rights and to defer to the executive branch with sweeping surveillance authorities. To prove we’ve learned this lesson will require more than tweaks.