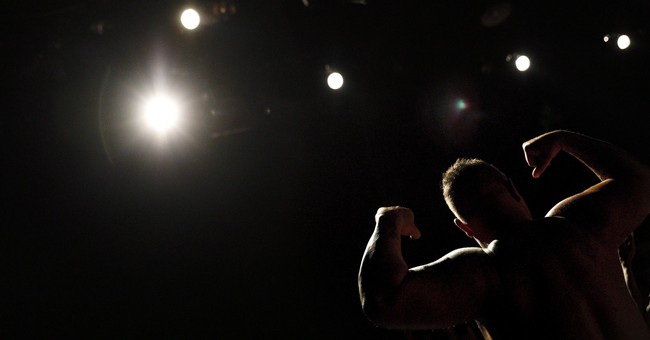 We’ve gone from zero to “This can’t really be happening” in the blink of an eye.

Even worse, the transgender movement has become a movement of bullies. They’ll “cancel” anyone who refuses to get on board with compelled speech. They’ve tried to destroy the career of a successful Black man who dared to joke about what bullies the activist wing of the LGBT movement have become. They’ve threatened and bullied a single mother who started writing books while she collected welfare to keep her family thriving and went on to become the creator of one of the most loved fictional characters of all time and became one of the richest authors in the world. They’ve threatened teenage girls with legal action and public shaming when they dare to complain about being forced to compete against boys identifying as girls.

The “movement transgenders” have become steadily more aggressive in their bullying tactics, but most disturbingly they have become terribly misogynistic.

They constantly silence the voices of women. They hurl misogynistic, vile names at women like J.K. Rowling who simply defend the biological reality of womanhood. They label her and other women who don’t toe the trans line as TERFs — trans-exclusionary, radical feminists. Did you catch that? You’re a “radical” for opposing the erasure of womanhood from the public square.

The movement bullies even object to language that describes women as women. Pregnant mothers are now “pregnant people” and females are “people who menstruate.”

And in an even crazier twist of logic, some lesbians are beginning to object to the erasure of gender that is embedded in the transgender movement. In the UK, some say they are experiencing disturbing pressure to have sex with transgender women and expressed their concerns to the BBC.

“I’ve had someone saying they would rather kill me than Hitler,” says 24-year-old Jennie*.

They said they would strangle me with a belt if they were in a room with me and Hitler. That was so bizarrely violent, just because I won’t have sex with trans women.”

“The first thing she called me was transphobic,” Amy said. “She immediately jumped to make me feel guilty about not wanting to sleep with someone.”
She said the trans woman in question had not undergone genital surgery, so still had a penis.

“I know there is zero possibility for me to be attracted to this person,” said Amy, who lives in the south west of England and works in a small print and design studio.

“I can hear their male vocal cords. I can see their male jawline. I know, under their clothes, there is male genitalia. These are physical realities, that, as a woman who likes women, you can’t just ignore.”

After 50+ years of a very aggressive gay rights movement, how have we arrived at the point where half the gay community is about to be erased from the sexual revolution forever?

“Lesbians are still extremely scared to speak because they think they won’t be believed, because the trans ideology is so silencing everywhere,” she said.

There is one reality that we never talk about when pondering how in the world we got to where we are today.

The reason the transgender movement is so aggressive and bullying is because it’s being run by men. If you’re wondering why we’re not having arguments about “people with testicles” and women taking over men’s sports it’s because women who identify as men tend to want to mind their own business and live quietly. They can’t physically dominate men’s sports so why try? There’s nothing that extraordinary about the male form — not like with women’s bodies, which literally grow human beings. There’s no need to vilify the male body. They just want to be one of the guys and that’s about it.

But on the other side of that equation are men who wish to identify as women…and men are typically much more aggressive and more narcissistic than women. Of course, we all know that misogyny is nothing new. Aggression in men is a biological imperative to help support families, but it can be twisted in certain groups of men to become a perverted superiority. Think “Mad Men,” think Harvey Weinstein, think any industry in which men have the controlling interest and women are there to serve. There has never been a shortage of men who think of women as irrational and irrelevant for anything other than breeding.

Welcome to the transgender women’s movement.

It feels aggressive because men with an agenda have a tendency to get aggressive when they’re not getting what they want, and this particular group of men wants to be considered as women. The problem is those pesky women don’t take kindly to having their very nature erased from public discussion.

Shaming women for their periods, reducing womanhood to simply a feeling, demanding women respect the declarations of men, demanding women get in line and keep their opinions to themselves, labeling any woman who speaks up for herself as a “bitch” or worse…these are the tactics of misogynistic men that are as old as time, and these are the tactics currently being employed by the transgender movement crowd.

The sad irony is that even when we’re told we’re making progress, there are still men out there who hate women, hate that we have thoughts of our own, and think they should be the arbiters of what a woman is, looks like, feels like, and how she acts.

It’s a story of the suppression of women’s rights that is made for Hollywood, but unfortunately, the same perverted machoism that makes the trans movement so aggressive is the one that still runs Hollywood. Given what we’ve learned about #MeToo over the last two years, rampant misogyny is the norm. We certainly can’t look to Hollywood to defend women’s rights when it comes to their most basic right…the right to exist.

Toxic masculinity is running the transgender movement and it’s putting women in danger.