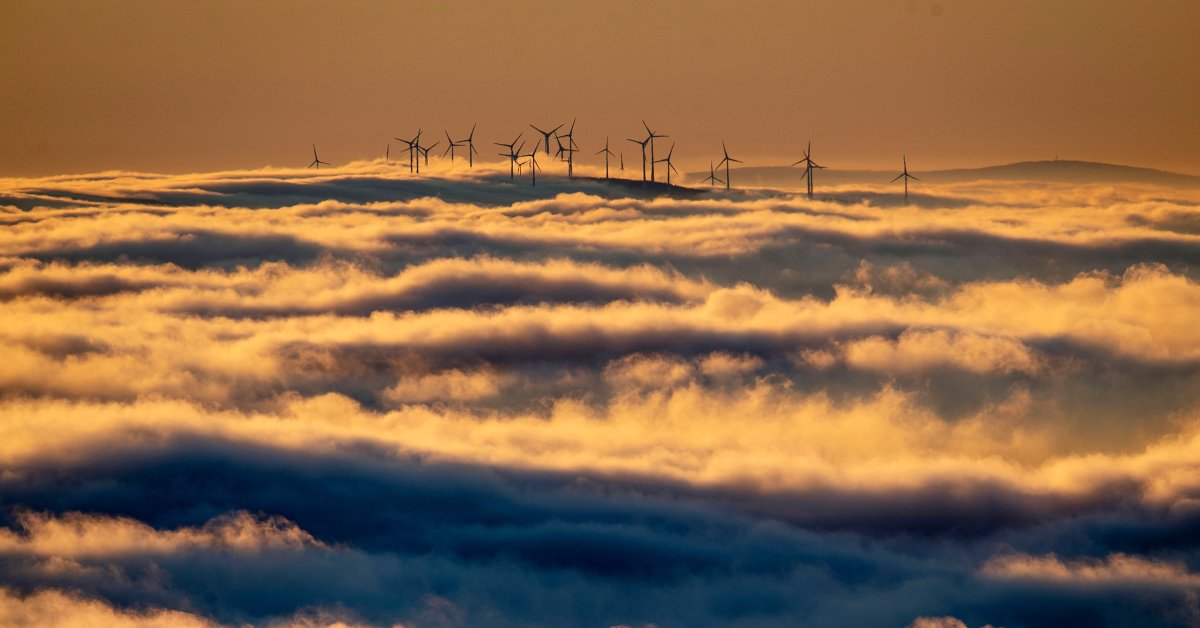 As we approach the COP26 climate talks, I’m reminded of a Chinese proverb. The person saying it cannot be done should not interrupt the person doing it. In other words, it’s easy to give up, but having a go is better.

As world leaders, CEOs and activists prepare to meet in Glasgow, two camps are emerging. Prisoners of hope who, like me, believe humankind can step-up to prevent disastrous temperature rises, as science says we must. And the vocal cynics already declaring COP26 a failure before its begun.

It’s certainly true the talks won’t deliver everything. These events rarely do. Important heads of state will be absent, notably from China and Russia. We can expect too much empty rhetoric, greenwashing and an over-emphasis on 2040 and 2050 targets, when the real window for slashing emissions is now.

But while all this must be called out, let’s not write-off the talks prematurely. We’re in even deeper trouble if healthy cynicism tips into lazy fatalism. The future of humanity is at stake. We simply can’t throw in the towel.

The key test for Glasgow is whether recent climate momentum keeps building. More nations and industries than ever are now moving in the right direction. The point is we must urgently accelerate this change.

Who would have predicted that during COVID-19 the world would have taken bigger strides on tackling global warming, than in the five years since the Paris Agreement? Despite predictions the pandemic would knock climate off the international agenda and let polluters off the hook (usually from the same cynics we hear now), the 21 countries adopting net zero targets has jumped to 131. The number of major companies doing so has trebled.

Through coalitions such as the U.N.’s Race to Zero we’re seeing powerful groups of business leaders backing decarbonisation across key sectors, including food, fashion, travel and tourism, and even high-abatement sectors such as aviation and steel. Finally, the financial markets are moving. Last year, $5 trillion of private financial assets were committed to net zero. It’s now $90tr.

None of this is yet enough and we shouldn’t be self-congratulatory or naïve. The summer’s IPCC report made clear that speeding climate change is a ‘code red’ for humanity, to quote the UN Secretary General. We now know that emissions must fall by 45% in the next nine years, while current forecasts predict a rise. The goalposts have indeed shifted.

Even more reason to capitalise on the positive shifts undoubtedly taking place. No government or C-suite wants planetary suicide. If we could take our recent rate of progress and double it again in the next 18 months, the world could finally be on track. Even the visceral frustration felt by many young people—on display when a young Scottish activist recently tore into Shell’s CEO—is ultimately a good thing. It’s cause and symptom of a world waking up.

Ex-Greenpeace Head Paul Gilding puts it well: “we [humans] wait for a crisis to be underway and then respond dramatically,” whether WWII or the 2008 credit crunch. Our species is most innovative at the eleventh hour. “It’s inefficient, its expensive, it’s frustrating,” Gilding says. It was always going to be like this with climate change.

One way to think about potential progress is by focusing success beyond national emissions commitments. One is deadlines. 2025 and 2030 must emerge as widely accepted milestones, for instance in shifting to electric vehicles and halting deforestation. Another will be the steps agreed to get the world out of coal.

We need serious action on methane, which threatens to heat up the planet faster than carbon. Calls for limits are gaining traction. So is support for vital ‘nature-based solutions’, in which we protect and regenerate our natural environment, including forests and soils, to renew our planetary health.

Crucially, we need a COP that puts partnership at the heart of our collective efforts. As leading sustainability thinker Andrew Winston and I explain in our new book, Net Positive, overhauling the global economy in the time available will demand unprecedented speed and scale. Incrementalism and siloed thinking won’t cut it. We need big, coordinated action across all parts of society, with governments, business and civil society coming together for transformational change.

We can’t yet say that Glasgow will move us forward on all these fronts, and we can’t say it won’t. Most likely we’ll be left a mixture of disappointed and encouraged: buoyed by the fact we are doing more than ever, and still terrified it won’t be enough.

This is the messy, fragmented and imperfect process of humankind waking up to our climate emergency. We are at a rare moment in human existence when our species is being asked to rise to a higher moral purpose and the stakes could not be higher. Defeatism is easy, but it’s an abdication of responsibility and it won’t get us anywhere. Only hope, tempered by realism and wrapped in urgency, can change our trajectory for good.