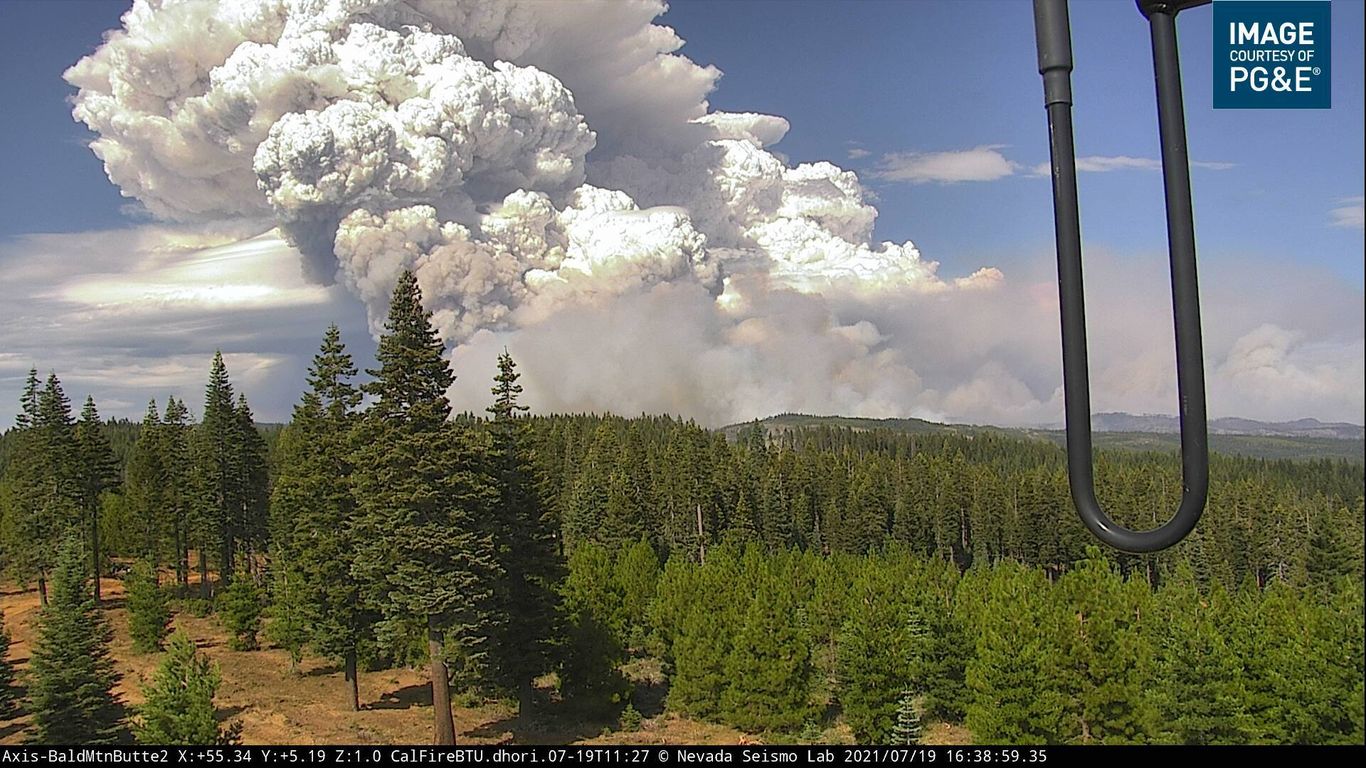 Wildfires across the West dramatically increased in size from Monday through Tuesday, with 83 large blazes now burning in the U.S. and about 300 to the north in British Columbia.

Why it matters: The western wildfire season has kicked into high gear about two months early, as climate change-related drought and heat waves have dried out vegetation to levels not typically seen prior to late summer. About 20,000 firefighters are already deployed to blazes.

Driving the news: Wildfires in California and Canada blew up on Monday afternoon and into the night thanks to extreme heat and dryness. Evacuations expanded around the Bootleg Fire in southern Oregon, the Dixie Fire in California, and numerous fires in Canada.

The intrigue: In a filing with the California Public Utilities Commission, PG&E said blown fuses on its power equipment may have sparked the Dixie Fire. This would be the latest in a string of large California blazes started by the company’s equipment.

Details: The wildfires on Monday occurred on a day featuring triple-digit temperatures in several western states, with records falling in Montana in particular.

In Oregon, officials have called in firefighting support from outside the Pacific Northwest — to battle the Bootleg Fire.

Context: In California, twice as many acres have burned so far this year than had burned by this point last year — and 2020 was California’s worst wildfire year on record.

Between the lines: Human-caused global warming is a major factor behind the severity, longevity and frequency of the heat waves in the American West and other parts of the world.

What’s next: More wildfires are expected to be set off on Tuesday due to the dry lightning threat, with more than a half-dozen states under Red Flag warnings for dangerous fire weather conditions. This includes the entire state of Idaho.